“We Were Finding Ways to Make Daylight Beautiful and Intimate”: Editor Bryan Mason on Good Luck to You, Leo Grande 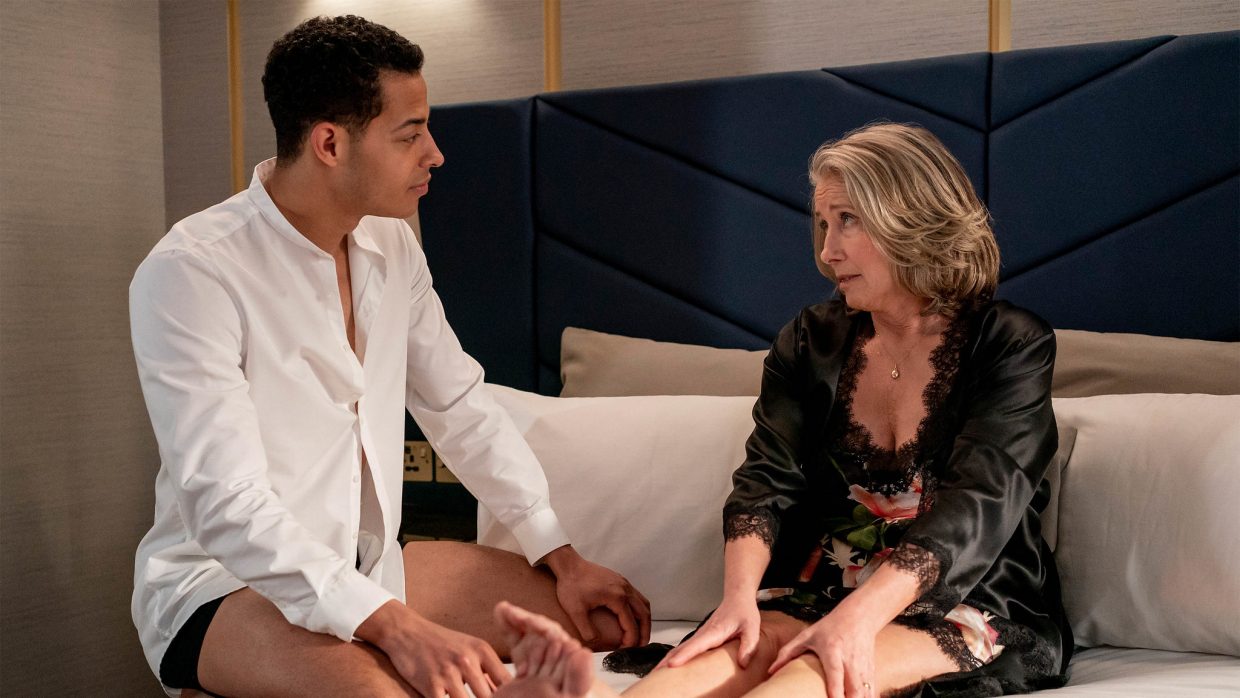 Sophie Hyde’s Good Luck to You, Leo Grande takes place largely in a hotel room, where a retired schoolteacher determined to finally have good sex meets with a sex worker several times over the course of six weeks. Cinematographer Bryan Mason discusses how he varied the film’s style as the two get to know each other and the difficulties associated with shooting a film about sex that takes place largely during the daytime.

Mason: The director Sophie Hyde and I collaborated on many projects before this film came along. I believe some of the team of Good Luck To You, Leo Grande saw Animals (the last film Sophie and I made together) and approached Sophie about this film. Sophie then asked me into the project once she had signed on.

Mason: The film is ostensibly a 2-hander, two people meeting a few times in a room over the course of about six story weeks, so the challenge was how to make this visually interesting and engaging, whilst shooting fast. The plan was to match the treatment of the camera to the progression of the characters’ relationship. Starting as strangers, nervous and unsure, the camera is still, rigid and more locked. As the characters meet again, getting to know each other now and start to loosen a little, we introduced more movement and fluidity, with some Steadicam and dolly shots. Another meeting in and the characters are settled with each other, comfortable and familiar—we are handheld, tighter, more intimate. We wanted the camera movement to subtly underscore the shifting feeling between these two.

Mason: In prep I am always open to influence, hunting images, both photographic and from movies and TV shows, looking for things which relate to some aspect of the story we are telling—how the light falls on the couch in this shot, the color of the twilight in that scene, what lenses and camera did they shoot that film with? I then try to assemble any things which have resonated and present them back to the director for discussion to help steer us to a common language and set of references that make sense and are useful for the production and story at hand.

Mason: The shooting schedule was the biggest challenge on this shoot due to actors’ availability and the perceived simplicity of the set up. We were originally scheduled to shoot the film in 15 days. Thankfully, that increased to 19, which although still fast by many measures, was a slightly more achievable target.

Mason: In prep we referenced many films and looks. I kept being drawn to a certain look and feeling, which was the Alexa Larger sensor. We tested a few different lenses with an Alexa Mini LF, we looked at the Blackwings and a set of Canon Type SK’s which were both very interesting amongst other options, but when we tested the Alexa65 with Arri DNA primes there was something which felt like an excellent fit for this film. Arri Rentals in London were fantastic to work with and really looked after us, lining up a unique set of lenses for the film. When I showed Sophie the tests with that set up, we just both knew that was what we wanted to use.

Mason: Each shoot day we had to cover between 6 and 12 pages to make our schedule, so the lighting idea was to set up a state for each meeting rather than necessarily lighting each shot separately. This was a fine intention and on some level I think we managed to achieve this, but inevitably you end up wanting to finesse lighting as you get to certain (read: most) shots. We ended up shooting in quite a low-roofed studio in Norwich due to the amount of production in London at the time, which threw up some challenges for creating the natural feel we were after. We had a 19m X 4.5m Rosco soft drop translight made up for the shoot, and this meant lighting was about the hotel room inside but also the view in various states and times of day. So it became a much bigger setup. We also made a decision to shoot a lot of the film in daylight, which is quite unusual, I think, for a film about sex. Because of this we were finding ways to make bright daylight still beautiful and intimate.

Mason: Strangely enough the first meeting we shot was easily the most technically difficult of the film. It’s set in a hotel room and runs for 34 minutes. It starts in the mid-afternoon sun and runs into nighttime. Tracking the lighting changes shot-to-shot and day-to-day as we covered the scene was quite the challenge. How did we do it? Well a lot of planning, some hoping and a lot of good people along the way, all the way from the set through to the grade, helped us achieve the sequence.

Mason: We had a short camera test before the film started and I worked with trusted colorist Marty Pepper from Kojo studios in Australia to create a LUT which fit the feel of the film. Once we settled on that, the look of the film was very much created in the lighting and in-camera. So when we came to the DI, it was about balancing and enhancing certain moments more than reimagining the look of the film. The one area where the DI was brilliant in this film was in tracking the transition from day to night. We ended up working the grade remotely on this project, from Australia to London. This provided some challenges, but we managed to work through this new (for me) and no doubt increasingly common way of working.