“The Challenges We Had Were All Related to Nature”: DP Barbara Alvarez on Utama 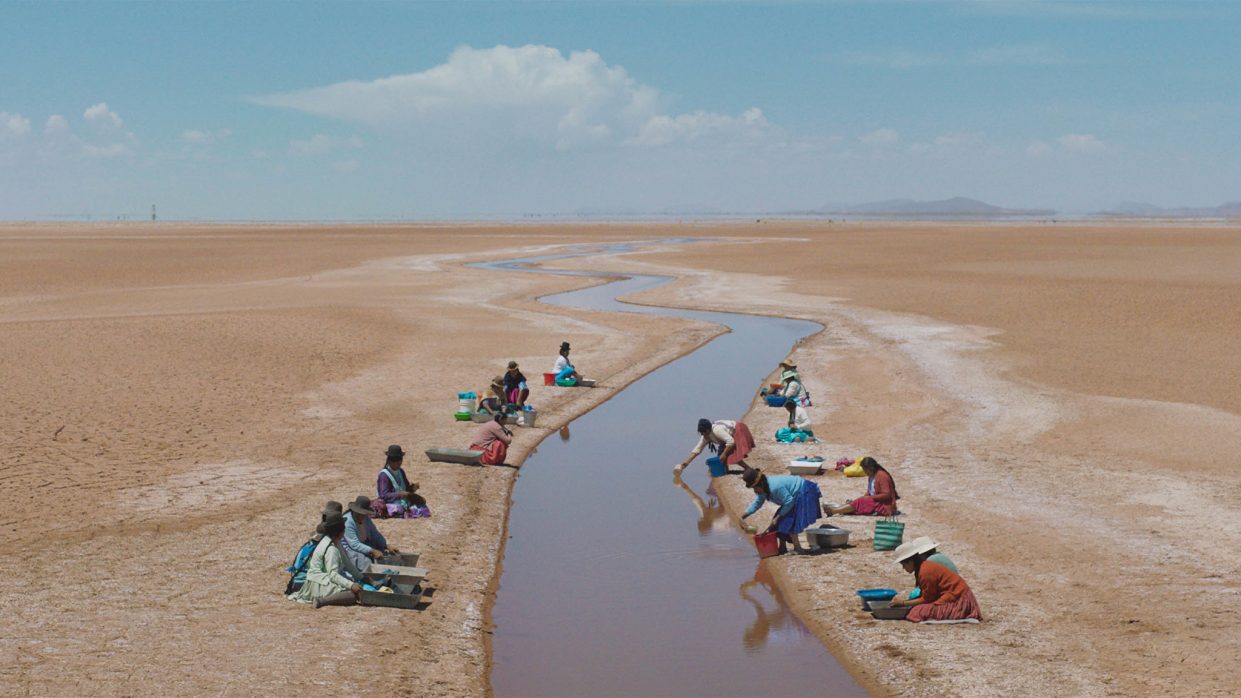 In Alejandro Loayza Grisi’s Utama, an ailing man tries to persuade his elderly Quechuan grandparents weathering a drought on the Bolivian Altiplano to move away from their lifelong home and join him in the city. Shot on location, the film portrays the daily routines and relaxed pace of life as well as the climate threat residents of the Bolivian highlands face. Below, cinematographer Barbara Alvarez recounts how the climate created difficulties in production and how she captured the tension between the harshness and the beauty of the location.

Alvarez: Federico Moreira, the Uruguayan co-producer of Utama, contacted me for the job. As it was a Bolivia-Uruguay coproduction, part of the crew needed to be Uruguayan and I was free at the time. I read the script, met Alejandro, liked both, and that was it. Why they chose me, I don’t know.

Alvarez: There is an amount of reality about the story, even on the climate change issue, that we thought we should show in a realistic, natural way to make it look stronger. This story could be real, this couple could actually exist and have a grandson like Clever. Working with non-professional actors or actors with little experience in a place like the Bolivian highlands, which is at the same time overwhelmingly beautiful but very harsh to live in, already gives an interesting tension as it is.

In spite of the fact that we were shooting fiction, the size of the crew and the camera/lighting equipment was small, as if we were shooting a documentary, and that also affected the cinematography. We needed to keep everything simple to make it work in a fluid way and be ready whenever the actors were ready and try to make them feel comfortable because their work was the most important thing.

Summing up, the way the conditions, natural and economic, were set also defined the way we made decisions about the cinematography.

Alvarez: In this case, Alejandro sent me some pictures to talk about before the shooting. Those pictures were basically ideas about how to work the space and the relationship between the landscape and the subject.

Alvarez: The challenges we had were all related to nature. It was hot during the day and when the sun set it got very cold. It was dry, and the first week of being there you would likely get altitude sickness. We shot before the rain season to get the most out of the dry landscape, but the last week of shooting it began to rain, earlier than expected.

When you work in the Bolivian highlands near Salar de Uyuni you better not forget to bring everything you need.

Alvarez: As a low budget production, we needed the camera equipment to be small and light to carry, so we chose the Alexa Mini + Zeiss super speeds, a versatile camera with a nice image quality and fast lenses to help us with the low lights.

Alvarez: We used 90% natural light. We brought a couple of HMI (M18 and Arri Sun 4K) and a couple of LED lights in case it started to get dark and we weren’t finished and to sometimes compensate the interiors when we had an Int/Ext shot. Interior nights were lit with practicals, and to illuminate the exteriors you see through the windows we used LEDs. We decided to work the night exterior day for night, which was a little challenging since it’s been a while since the last time I had done it, but we did some tests during the shooting and thought it was worth the try.

Alvarez: Maybe the most difficult were the day for night scenes, just because the decision to shoot them was made very few days before starting shooting, and despite the tests we weren’t fully convinced.

For me personally, the scenes when we had to sedate the llamas were also a little difficult to shoot. Even if they didn’t get hurt, they get stressed.

Alvarez: We didn’t change much of the earthy mood we were working on during the shooting. It took a little more time to work on the day for night scenes to get the silvery look.