“It Was Better to Encourage the Audience to Ask the Question Than to Provide the Answer”: Editor Justin LaForge on God’s Country 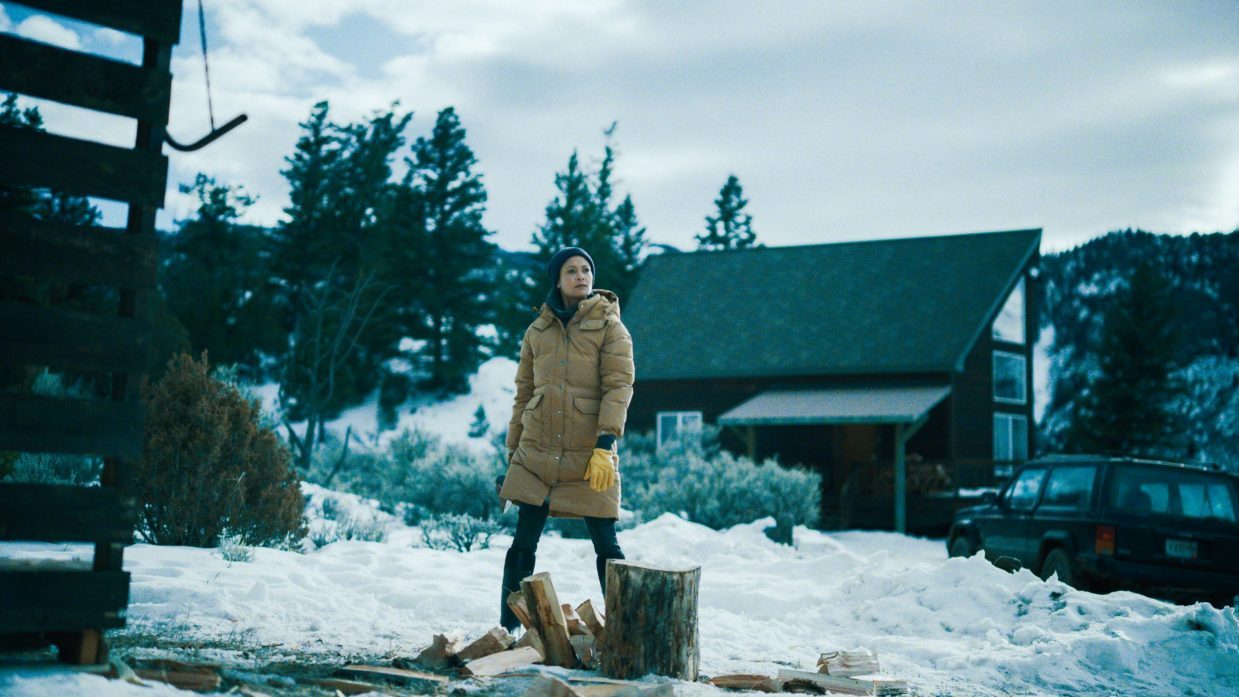 God’s Country is a study of the grieving process and the limits of societal polities. It follows a university professor, at the end of her rope because of her mother’s recent death and discrimination at work, who has her willpower put to the test after she confronts a pair of hunters trespassing on her property. Editor Justin LaForge explains how he was uniquely prepared to edit the film remotely during the COVID lockdown and why it’s better to let the audience ask a question than to preemptively provide an answer.

LaForge: I’ve been working with the director, Julian Higgins, since we met in graduate school. Our previous creative collaborations have been extremely rewarding for us creatively and personally, so Julian felt it was important for us to work together on his first feature as well. However, I’m a pretty unorthodox hire for a feature film, since I live in Boise, ID, and have a full-time job doing post-production work for a fragrance company. That’s a pretty unusual situation for an editor in feature filmmaking! So Julian and I had to create a detailed daily schedule and technical plan to demonstrate how we would accomplish the task in order to persuade the producers that it made sense. I’m not sure they ever fully believed it did, but I’m grateful that Julian insisted, and I’m very glad they rolled the dice on us making it work. And then we ended up having to edit during the pandemic, so our plan to edit remotely ended up being exactly what was needed anyway.

LaForge: With this film, our priority was to engage the audience very deeply with our main character and her psychology. We wanted to immerse the audience in Sandra’s experience from the first moments. That approach began with the script, of course, and the film was certainly shot with that in mind, but it takes a lot of experimentation and discovery to figure out what form that will take in the edit.

It’s not just about point-of-view shots or the camera’s closeness to the character. It’s about representing her and her experience so the audience can be “with” her on her journey. And it’s especially tricky in this story because we’re withholding a lot of information about our main character from the audience. We were trying to make it so the viewer always understands how she’s feeling as a human being, but not necessarily why she’s doing what she’s doing. Like, she does things that surprise you, that maybe you wouldn’t do, but hopefully that only makes you more curious and engaged.

LaForge: We work in a way that starts with instinct and becomes more analytical as we go along. At the beginning of the work, we are just playing it though and “feeling it” a lot, and then when we identify choices we made that we feel good about, we ask why that is and develop principles from that. So first Julian and I have to agree on what we think the raw material is actually doing, and then we ask ourselves, “what would we like it to do?” So we’re taking our shared understanding of the reality of the footage and moving towards what we want it to mean. That often involves leaving behind the original intention of the script or shooting plan and embracing the possibility of what we actually have in front of us now. There are many moments in the film that were shot with a particular intention in mind that now have a different purpose that’s still in line with the meaning we were trying to build. And that’s where regularly screening it for new people comes in—we need to understand what different kinds of viewers are thinking and feeling as they watch to gauge the approximate experience. Hearing about people’s experiences with the film helps us recalibrate our own understanding of the footage, like we’re checking if it means what we think it means.

LaForge: I first began professional work as an editor after college in Las Vegas. I applied to the editing program at the American Film Institute and was accepted. That’s where I started working with Julian and our cinematographer, Andrew Wheeler. After graduating from AFI, I began freelance editing in Los Angeles, but for me it was not at all conducive to a healthy work-life balance. My mentors were working 60-hour weeks. We’d just had our first child. Most of the work I was doing wasn’t creative or fulfilling. I could just see what life was going to be like and I did not want that. So my wife and I packed our bags and moved to Boise, where I have continued working in production and postproduction for an in-house creative marketing team, and we have a much higher quality of life.

LaForge: The story of this film is pretty unique. Julian and the team started production in February of 2020, and about halfway through they were forced to shut down when the pandemic hit. Ironically, because Julian and I had already made a plan to work remotely months before, we were able to begin work immediately with no interruption. Adobe Premiere Pro Teams allowed us to work simultaneously on the same project with mirrored footage drives while sitting a thousand miles away from each other. It’s also very intuitive and obviously it works perfectly with other applications we needed to use, like After Effects, Photoshop, etc. I wanted us to be able to work in the same sequence together because I know Julian is very interested in feeling the edit in different ways and trying lots of things. That experimentation is most efficient when Julian can also have his hands on the footage and work with it. Teams made it very simple for us to share our changes back and forth. And when we were working we’d be on Zoom together, sharing our project screens back and forth so the other could watch and comment.

LaForge: There’s a scene where our protagonist has a conversation with the main antagonist in the back of a church during a sermon. The point of the scene is that these two people who are at odds have the potential to form a meaningful connection. It’s an intense scene and a lot of things have to happen, but it’s also two characters sitting and talking in a pew. We had to make all the emotional changes and story points that happen in that scene believable in a short amount of time. It was a very intimidating scene for us, and we kept getting derailed by one thing or another, so we decided to simplify. We chose one closeup for each character and edited the whole scene using only those closeups as a way of exploring the emotional progression. That was the first time we made it all the way through, when we isolated performances and cut solely based on those. That became the core of the scene, those two performances. I think we did over sixty passes of that one scene. We did forty passes before we ever showed anyone!

LaForge: We made extensive use of visual effects, but not in the way you might expect. We frequently used compositing in service of performance and to mitigate distraction. For example, we might want Sandra to deliver a line and we want another character to think for a moment and then look at her. The look might need to be from another part of that take. In Premiere, I would rough in that composite to create the intended experience. Later, the final composite was done by our visual effects producer, Cooper Vacheron. We do have a few instances of what you might think of when you say “visual effects,” but those are few and far between. With this film we were trying to root everything in reality, so even those shots are based entirely on real elements that were shot during production. We don’t have any CGI or anything like that.

LaForge: A major moment occurred towards the end of our work. Julian and I were trying to make one particular piece of information clear to the audience, and it just wasn’t happening. We had tried manipulating the scene in many different ways, but viewers always interpreted the same, incorrect meaning from it. No matter how we showed it to them, it seemed people would believe what they wanted to believe. Then we realized something very important: we needed to stop explaining. All the information was already there, we just needed the audience to become curious about it and solve it for themselves. We were letting the audience off the hook by doing the work for them. So we removed the footage that explicitly showed what happened, and the scene worked. It was better to encourage the audience to ask the question than to provide the answer.