“We chose to embrace the armpits of Los Angeles”: DP Jeff Bierman on Emily the Criminal 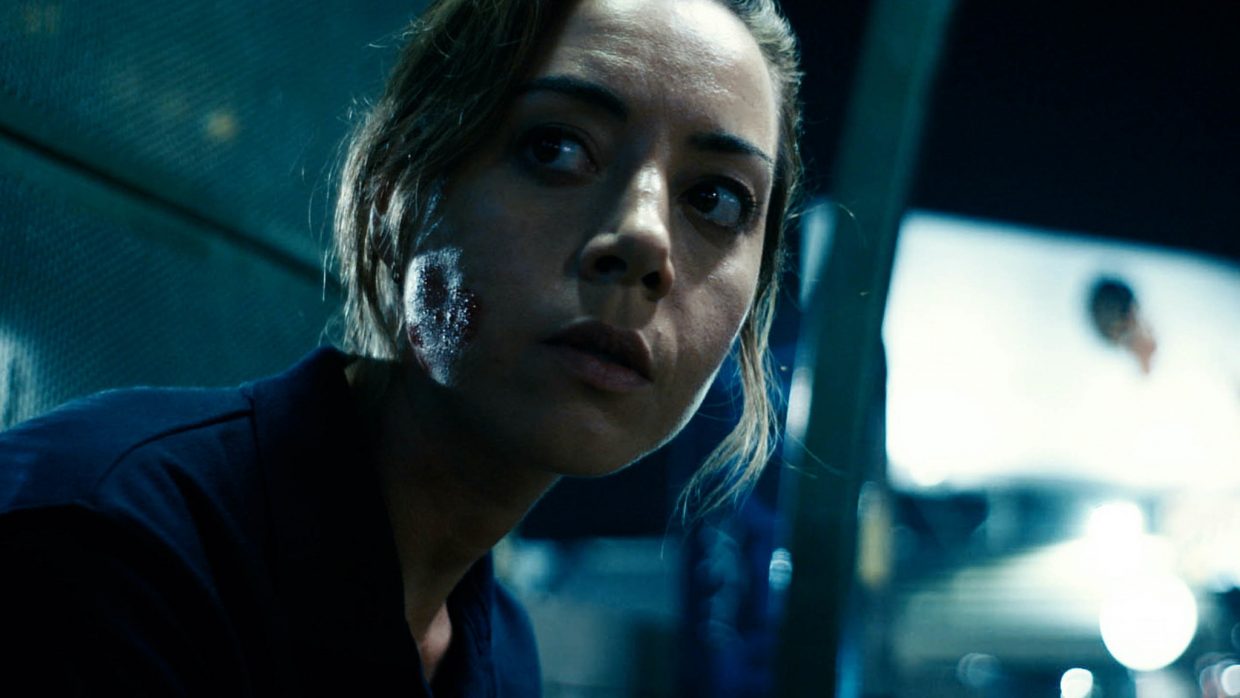 In John Patton Ford’s Emily the Criminal, a woman saddled with student debt and minimal job prospects owing to a minor criminal record turns toward the black market to make her living. As cinematographer Jeff Bierman explains, capturing the unglamorous Los Angeles the protagonist inhabits in the August heat was a crucial part of emphasizing the gulf between the dream of success and the reality of pursuing it.

Bierman: John and I have known each other since AFI, over 10 years now. We’ve stayed friends and have done some work together on ads. When John got the project together he sent me over the script. I read it immediately, I loved the ride and we just started talking about where it came from for him and dug right in.

Bierman: For us one of the big things was creating the world. LA is a very prominent character in the film and we both wanted to express it in a way you don’t typically see, but a way that we both know is the reality of this city. For most of the people who live in LA it’s a grind. It’s not all the glam. So we wanted to capture when it’s 100 degrees in July, you’re stuck on the 10 freeway at rush hour, the air conditioning doesn’t work and you’re stressed out and late for work hoping that all this will pay off one day to get ahead in this town of dreamers. That’s the world Emily lives in. That’s what we wanted to feel. We chose to embrace the armpits of Los Angeles and not show any of the iconography. The first thing we shot in prep was Aubrey driving on the 10 freeway in August. It set the stage.

Bierman: We both love cinema, of course, so we would watch a ton of films and discuss them. We wanted this film to have a roughness to the image, but for the camera work to be thoughtful and deliberate, which led us to films like Mikey and Nicky, The French Connection and early Jacques Audiard. In addition to that, I have a ton of photography from LA, and I went out shooting more before prep even started so we could discuss how we want to approach day exterior scenes in August, or night exteriors, what the light is like in LA at night, etc.

Bierman: Time and money. The schedule was intense, there are a lot of scenes in the film, so you never get a chance to just sink into a location for a while. But we used that to our advantage. The movie never settles, so we never did. We were sprinting the whole time. Plus, it was August in LA and mostly handheld, so I was drenched in sweat. But luckily that’s what we wanted the film to feel like, so we used it. Also, John has such a grasp on the narrative and what he needs from each scene, so we could be incredibly specific about what we were shooting and know that we would get what we need to tell the story in a compelling way. It’s one of my favorite things about working with him. He wrote the script and understands it inside and out.

Bierman: We shot on the Sony Venice with Kowa Spherical lenses. I’ve worked with the Venice a lot and I love the 2500ISO base. I wanted to embrace the texture of that, so we shot everything, even day exteriors, at 2500. And for the night work it sang. I knew I wouldn’t have a huge lighting crew for the night exterior scenes and it gave me a lot of freedom to use what exists and then augment it.

Bierman: Emily’s world is rough and unstable, so I wanted to express that with the light. We were mixing colors a lot, utilizing what would exist in a space and augmenting. Then there were other places in the film that are the worlds Emily is aspiring to be a part of where John and I wanted to create a more homogeneous palette with cleaner light. With my gaffer, Anthony Stivale, we are always discussing what the space wants to be, and then we just try and get it there. We worked with a ton of LEDs and some custom rigs Anthony built.

Bierman: I always have a LUT chosen for a project and everything on the whole film is shot with that with no alterations on set so that the dailies are consistent to the look. Then we all live with it through post, so it definitely informs the final look. When we get to the DI, hopefully we are philosophically working in a more photochemical approach, so rather than rebuild it from scratch we are sweetening and letting it sing. John and I had the great opportunity to work with a legend for the DI, Walter Valpatto at Company 3. Walter is incredible and helped us take what we had in the original photography and enhance it.