“We Wanted to Avoid the Usual Thriller Look”: Rita Noriega on Piggy 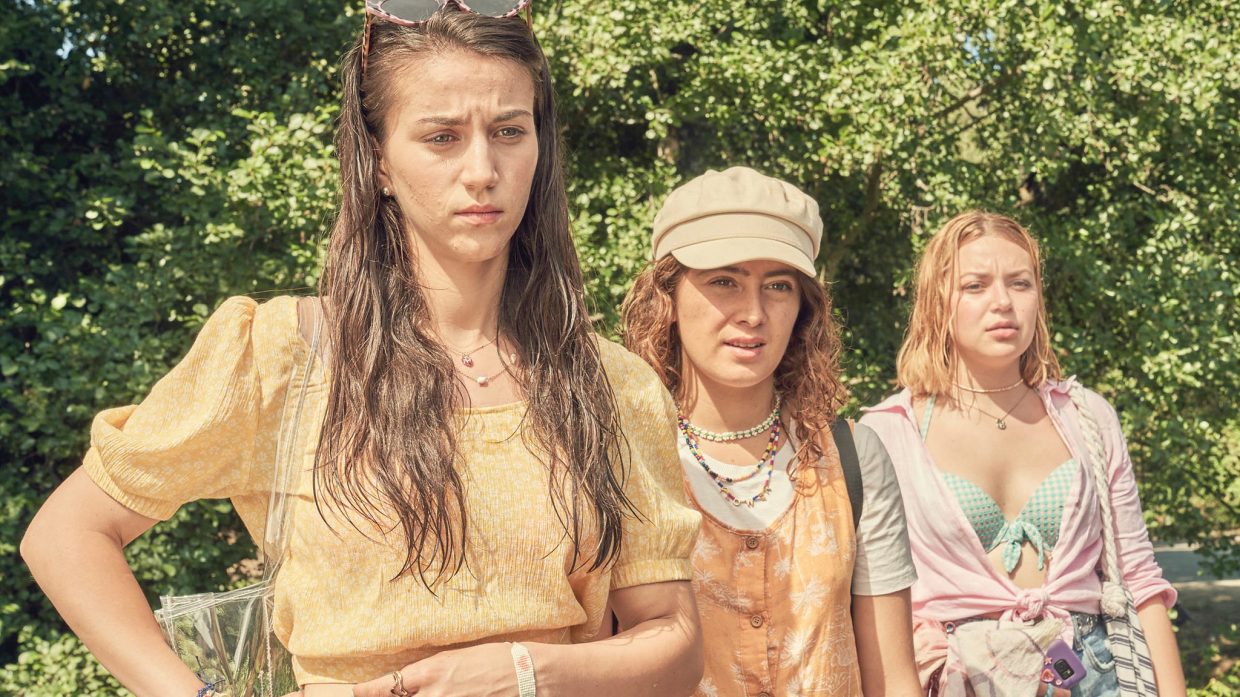 Piggy follows a heavily bullied teen living in a small Spanish Town sees her tormenters kidnapped. Feeling grateful for the perpetrator who saved her, she refuses to tell police what she saw. Horror and social commentary are inseparable in Piggy, which tackles questions of justice and small-town morality. Below, cinematographer Rita Noriega emphasizes how she avoided aesthetics more commonly associated with thrillers and how the film has changed since its first incarnation as a short film.

Noriega: Carlota Pereda and I studied together at film school. We’ve shot short films together, including the short film Piggy. We’ve travelled a long path together giving shape to the short and then the feature.

Noriega: Piggy is a horror film, but Carlota wanted to explore a different approach to this film genre. We wanted to avoid the usual thriller look. The short was low contrast, with warm colors, shot all in daylight, and this worked very well! But finding the right look for the feature was not easy. Many things were different from the short; we had lots of night scenes where the formula we had used didn’t work. It was a tough quest. In the end, I realized that the best way was forgetting what we did in the short and giving each situation what I felt it needed, with the idea of being austere and keeping in mind the fact that our film was a rural thriller and it was very important to have this taste of Spanish villages and not to fall into a very dramatic look.

Noriega: We had a bunch of other film references. They were very specific for different aspects of the film. Color, compositions, camera movements, textures, etc. They worked as ideas to talk around and starting points to explore.

Noriega: We had carefully planned the shooting schedule and how we wanted to shoot each sequence, but on set, in horrible summer heat and in the middle of the pandemic, there were moments that forced us to improvise. However, the whole team rowed in the same direction and we were able to pull off each sequence confident that we had gotten it right.

Noriega: I did an unusual combination of lens and aspect ratio in this film. The aspect ratio was 4:3 and we were shooting with Cooke Anamorphic Special Flare lenses. I wanted the specific look these Cooke lenses have, regardless of aspect ratio, which was a creative choice based on narrative aspects of this film, and I was looking for the softness and unique texture these lenses have. Their bokeh, aberrations and flares were what the film needed. I wanted something very organic. Actually, I shot many scenes wide open looking for more even imperfections.

We shot with a RED Monstro 8K VV.

Noriega: Lighting schemes were quite simple. Following this idea of austerity, less is more, with a natural approach but with a few more stylized moments.

Noriega: The night woods scenes were tough. Basically, I played with HMI fresnel 18k or m90s on cranes from far away and a few small sources with big chimeras on stands. We usually had two cranes so we could turn to a reverse shot quick just by turning off and on, and we built a fake phone for Sara with a more powerful light.

Noriega: I like to color grade on set for the dailies to be as close as I can to the final look I want. The DITs I work with have a lot of experience and sensibility for color grading. I use the stills I get from dailies as a reference in the final color grade. I like to have this starting point and then let the colorist suggest. Sometimes we follow what we did originally, some other things we end up doing differently.