“We All Have our Unique Biologies, a Variety of Differences”: Phyllis Ellis on her Hot Docs-Debuting Category: Woman 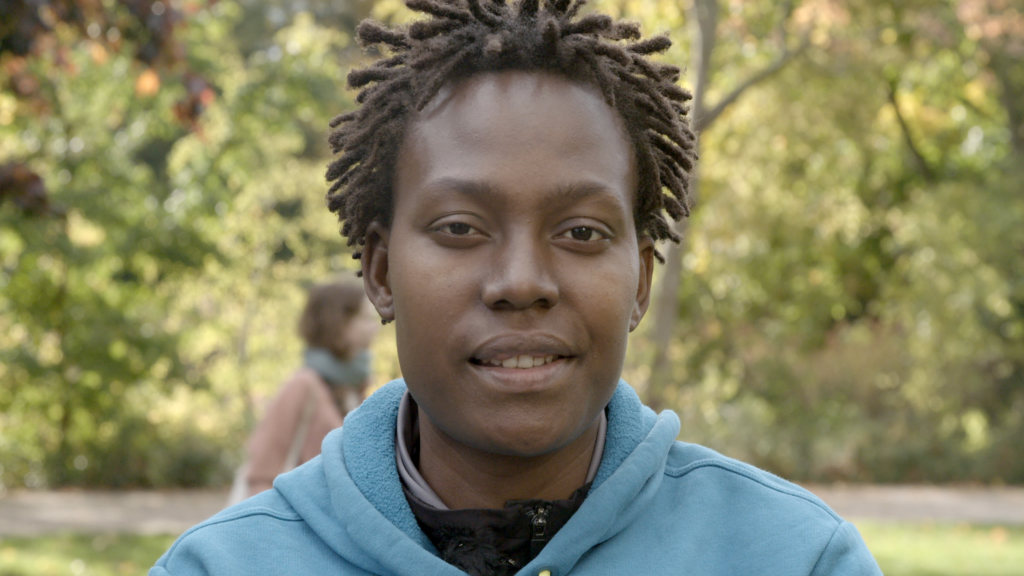 by Lauren Wissot
in Directors, Interviews
on May 6, 2022

Middle-distance runner Caster Semenya has won two Olympic gold medals and three World Championships in the women’s 800-meter competition. But no amount of endurance training could have prepared this South African Olympian for the long legal battle (a dozen years and counting) sparked by that very first 2009 World Championship victory. While other winning athletes were celebrating in Berlin, this Black woman from the Global South was undergoing “sex testing,” her right to even compete being thrown into question by a sports governing body made up almost wholly of white European men.

But optics be damned. In the end, the International Amateur Athletics Federation (now World Athletics) decided that “identified” female athletes (which creepily reads like a euphemism for “nonwhite”) would have to bring down their testosterone levels if they wanted to keep racing. In other words, undergo medically unnecessary procedures on their healthy bodies. That’s supposedly to protect the sanctity of the sport and ensure “fair play,” although, of course, to protect from whom and ensure for whom is the elephant-size question that still lingers like the stench of a locker room.

Fortunately, Canadian filmmaker (and writer, actor and producer) Phyllis Ellis has decided to tackle this question head on. With Category: Woman Ellis, an Olympian herself, follows four female champions directly affected by this human rights-violating ruling. (Unsurprisingly all are women of color from the Global South, three from Africa and one from India.) While also tracing the misogynistic history of policing women’s bodies under the flimsy fig leaf of defending the honor of the fairer sex.

Filmmaker caught up with the veteran Hot Docs director (2019’s Toxic Beauty) just after the film’s May 2nd world premiere in the Persister program of this year’s edition. (Category: Woman continues to stream virtually for the duration of the fest through Hot Docs at Home, though geo-blocked to Canada.)

Filmmaker: So how did this film originate? I’m guessing the fact that you’re an Olympian yourself played a role (and also opened some doors).

Ellis: The story originated over 80 years ago with the policing of women’s bodies in international sport. Well actually, the story started with the exclusion of women at the first modern Olympics. The questioning of our “femininity” began almost immediately and has evolved over the years. But even though the names have changed it is still “sex testing” — but not for the male athlete, as only the women were and still are sex/gender tested.

I had the great privilege of meeting sport activist Dr. Payoshni Mitra, who introduced me to the women in the film. I had been following champion Caster Semenya’s story since 2009, when she spectacularly won the 800 meter at the World Championships. And was immediately and aggressively thrown into the international media — first by fellow competitors and then by the IAAF waging an investigation. Both her personal medical records and her life were callously thrown onto the world stage. Rather than being celebrated she was vilified. And she was only 18.

And yes, as an Olympian and a woman in sport I knew fellow competitors who were questioned about who they are. Told who they should be. As Dr. Payoshni Mitra says in the film, once your gender is questioned — once you are publicly humiliated — people don’t forget.

Filmmaker: In addition to the US, you — a white Canadian director — have worked for decades across several continents, including in Europe, Asia, Africa and India. How has this background shaped your approach to your characters? Does it help with gaining access and trust, or are you still seen primarily as a First World outsider?

Ellis: That is a very good question. I am a white filmmaker. So I am for certain perceived as that. I am also from the Global North and my lived experience, even though I am an Olympian, is so very different from the champions in the film.

This narrative is led by the women in the film; it is their POV. It’s impossible for athletes from North America or Europe to understand what it means for these women if their athletic career is stopped. Take Margaret Wambui, who supports her community. She supports her family, she pays for her brother’s education, she takes care of her mother. All from her sport winnings. So if she can’t compete it has a profound and very different impact than it would for Global North athletes.

Not to mention how some African countries, for example, respond by othering and even attacking. These women can be jailed or killed. (Which is why Ugandan middle-distance runner Annet Negesa sought asylum in Germany.) Trust was so very important. I stepped back and really let the women guide the conversation.

Filmmaker: How did you actually select your characters, both athletes and experts? Were there no white women likewise affected by these intrusive rules to reach out to?

Ellis: As the advocates and experts in the film explain, current regulations predominantly have targeted women from the Global South.

We decided to focus on these women’s stories (and also on Dr. Mitra, who works very closely with the athletes). These are the characters we met and who invited us into their world. That said, I’m sure there are many women around the globe that live with a “higher level” of testosterone (based on the regulations). We all have our unique biologies, a variety of differences that are unique to us.

Sometimes those differences improve performance. Whether it’s being seven feet tall (which makes you an exceptional basketball or volleyball player) or possessing incredible lung capacity, all of these exceptions are what makes Olympians outliers. It’s what contributes to them being the best in the world.

Filmmaker: You’ve also noted it’s been a challenge to even convince your own friends of the flawed readings of the science used to justify so many of these heinous policies. Are these friends mostly white women? Are white female athletes generally siding with the International Amateur Athletics Federation (now World Athletics)?

Ellis: I can’t speak for other white female athletes, but if we look at the not too distant past we can find women from the Global North speaking out against the regulations. We all realize we don’t have a right to win, we just have the right to compete. Take the 800-meter final in 2016, for example. The bronze medal winner Margaret Wambui only beat the fourth place runner by .13 of a second. Which has nothing to do with being “male like” or having an “unfair advantage.” She was simply 2/10’s of a second faster that day!

Filmmaker: One of the most baffling (and nauseating) aspects of the film is the fact that the IAAF — comprised almost exclusively of straight white European guys it seems — is so completely clueless even when it comes to just the racist/colonialist/misogynistic optics of decisions disproportionately affecting Global South athletes. I guess no one within the organization agreed to be interviewed, but did you try to contact former members – perhaps women or people of color once affiliated who might have been able to shine some light on the inner workings?

Ellis: I actually did reach out, and even had conversations around the possibility of interviewing (IAFF head) Seb Coe and others at World Athletics. I also contacted athletes who have retired from their sports. For some, the controversy was just not something they wanted to revisit. Others didn’t want to unnecessarily draw attention to why they retired — especially those who’d already made the conscious decision not to speak publicly. We spoke with those who were willing and open to sharing their stories.

Filmmaker: So what are your ultimate hopes for the film?

Ellis: I just hope it encourages people to think about inclusion, racism, and bodily autonomy in sport. And that creating a safe space for all to compete is what “fair play” is all about.