“The Way the Janes Approached This, One Woman at a Time, Helped 11,000 Women Get Safe Abortion Care”: Tia Lessin and Emma Pildes on “The Janes” 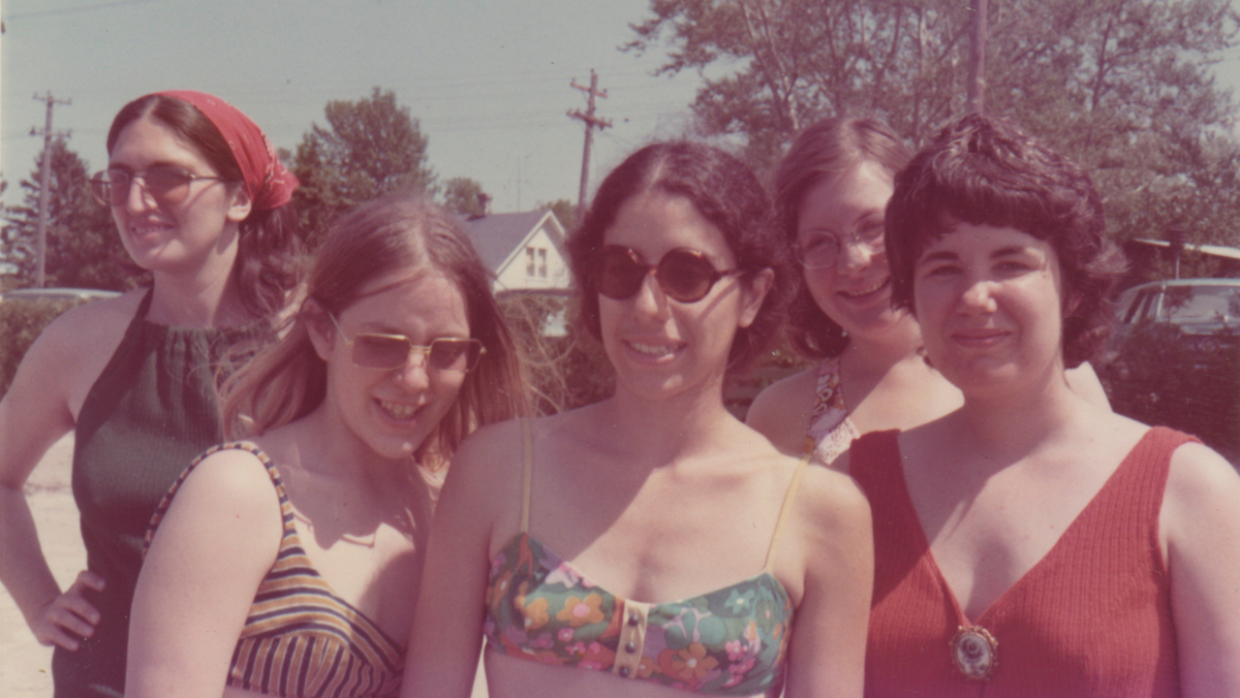 by Lauren Wissot
in Directors, Interviews
on May 25, 2022

The Janes, which closes this year’s Human Rights Watch Film Festival in-person May 26, followed by an HBO premiere June 8, is one woefully prescient walk down pre-Roe memory lane. Directed by Academy Award nominee Tia Lessin (Trouble the Water, which also nabbed the Sundance Grand Jury Prize and the Gotham Independent Film Award back in 2008) and Emmy nominee Emma Pildes (Spielberg, which the debut director likewise produced for HBO), the doc tells the illicit tale of the titular underground network of college-age activists who defied the law and male expectations to provide women in Chicago with safe, shame-free abortions. Until, perhaps inevitably, they got busted in a headline-grabbing raid, by the homicide arm of the CPD no less. And then, in the most Hollywood of twists, found the tide of history that they’d helped turn was actually on their side.

Pildes and Lessin found time just prior to their doc’s Human Rights Film Festival launch to give us the scoop on combining contemporary interviews with archival footage from a clandestine past, resulting in an unnerving portrait of a possibly hellish future, at least, as usual, for the young, BIPOC and poor.

Filmmaker: So how did this film come about? How did you even learn about “the Janes”?

Pildes: Producer Daniel Arcana, who also happens to be my brother, started developing the film not long after the 2016 election. Trump immediately started packing the courts, and Daniel smelled smoke. We have a family connection to the Janes, so this was a story hanging around our own backyard, if you will.

From there we asked Tia, who I had long admired as a filmmaker and activist, to get involved. And HBO came in very, very early with support. Everyone involved saw the power of this project. These women are extraordinary and brave and moral; and their story, their testimony about a pre-Roe world, was one that we felt as filmmakers was imperative to get out there.

Lessin: Actually, Emma approached me to make the film with her right after the Senate confirmation of Brett Kavanaugh. It was a no-brainer for me – a great story, and an urgent one.

Filmmaker: This doc features such an impressive array of characters, including so many you wouldn’t even expect to be involved in an underground movement, from clergy to a construction worker turned abortionist. You even got the homicide cop tasked with busting the network to agree to be interviewed. So how did you find these folks, and decide who to include? Anyone you hoped to get on camera but ultimately declined?

Lessin and Pildes: It was important to us to interview only those with lived experience from the era. Thankfully, the women of Jane, now in their 70s and 80s, understood the importance of this story at this critical moment for abortion rights. They agreed to go on record and on camera, many of them for the first time. They have kept loosely in touch with each other over the years, so finding them was the easy part. Unfortunately, since this story took place more than 50 years ago, two key members of Jane were no longer alive. Oscar-nominated filmmaker Dorothy Fadiman, who had filmed Jody (Parsons) and Ruth (Surgal) 25 years ago, very generously made that interview available to us to use in The Janes.

Finding women served by Jane who were willing to talk about their experiences on camera was by far the biggest challenge. The women of Jane were bound by confidentiality, so they weren’t able to help. And those we did find were understandably hesitant to share their most intimate decisions with a worldwide audience. We had to get resourceful, used social media, and we made lots and lots of phone calls. When all else failed, we took out an ad in the Chicago Reader. And that’s how we found Dorie, or rather, how Dorie found us. In the film, she describes the harrowing mob abortion she had, and then her experience years later with Jane. The story she told was so powerful that we opened the film with it.

Filmmaker: The film also really tackles the race and class element to reproductive rights, as it’s not solely just a “women’s issue.” The Janes were almost exclusively white and college-educated (only one Black woman affiliated with the group appears onscreen). And once abortion became legal in New York their clientele became primarily Black, as white Chicagoans simply hopped on a plane. So was spotlighting the glaring racial and social inequity aspect to abortion access something you planned from the start? Did it happen organically as it became more and more apparent that most involved in the movement had the time and means – i.e., the “luxury” – to be an activist?

Lessin and Pildes: There’s no way to tell a story about abortion rights – in the past or the present – without spotlighting the glaring racial and social inequities that compound barriers to access. Low-income people, disproportionately Black and brown, are those most harmed when abortion care is restricted or criminalized entirely. That was true pre-Roe and it remains true today.

The women of Jane served low-income Chicagoans who couldn’t even afford the cost of a night in a hotel, much less a plane ticket. Those who couldn’t take time off from work or find childcare while they were away. (And, it should be said, for those who could afford to travel there’s nothing simple about having to fly hundreds of miles to a distant city to obtain basic healthcare.) The Janes leveraged their privilege, their resources, and their relationships with doctors and lawyers to serve those most in need. And they risked a lifetime in prison to do it.

It was a complicated story and we tried to get it right. We were in constant dialogue with the present day, aware that we are in the middle of a healthcare crisis, a global pandemic, which has impacted Black and brown communities the most; and a Supreme Court that has civil rights and women’s rights squarely in its crosshairs.

Filmmaker: You also highlight the fact that most of these women were initially involved with the civil rights and anti-war protests, where they learned strategies and tactics but also felt marginalized as these were staunchly patriarchal movements. Women’s rights just wasn’t on anyone’s agenda. And while they certainly made a difference in society by focusing on reproductive rights, we still live in a patriarchy in which those rights are fragile. So did you get the sense that any Janes felt conflicted or had regrets, perhaps about not staying and engaging with the patriarchy (in an intersectional way) to overturn the system from the inside?

Lessin and Pildes: To combat this level of injustice, you have to come at it from all sides. No, we never got the sense that the women of Jane regretted their approach. They chose direct, immediate, underground action. They wanted to save lives. Infiltrating the patriarchal system to effect change from within is important work. And so is community organizing. The way the Janes approached this, one woman at a time, helped 11,000 women get safe abortion care. Perhaps a drop in the bucket, but deeply meaningful work nonetheless.

Filmmaker: Obviously, considering the recent SCOTUS leak, it would be an understatement to say this doc is tragically timely. So what are your hopes and plans for the film? Do you have an impact campaign to get it seen in (HBO-averse) red states?

Lessin and Pildes: We’ve been on the festival circuit this spring and have seen and felt the impact that this film has on audiences. It has been incredibly moving and gratifying for us as filmmakers and as women. But we don’t just want audiences to understand what it was like in this country when there was no federal protection for abortion rights. We want them to be inspired do something – anything – to prevent us from going back.

We are thrilled that The Janes has the potential to reach as many as 80 million HBO subscribers in the U.S. and worldwide. And we are partnering with groups in both red states and blue states to help us expand the film’s reach and deepen its impact.

*  Human Rights Watch Film Festival streams nationwide May 20-26 at The IFC Center. All ticket purchases help subsidize the cost of free tickets – set aside on a first come first-served basis – as HRWFF does “not want the cost of entry to be a barrier for participation in the festival.”