“The Excitement Everyone Is Feeling Is Infectious”: Daniel Pewewardy on Sundance Native Lab 2022 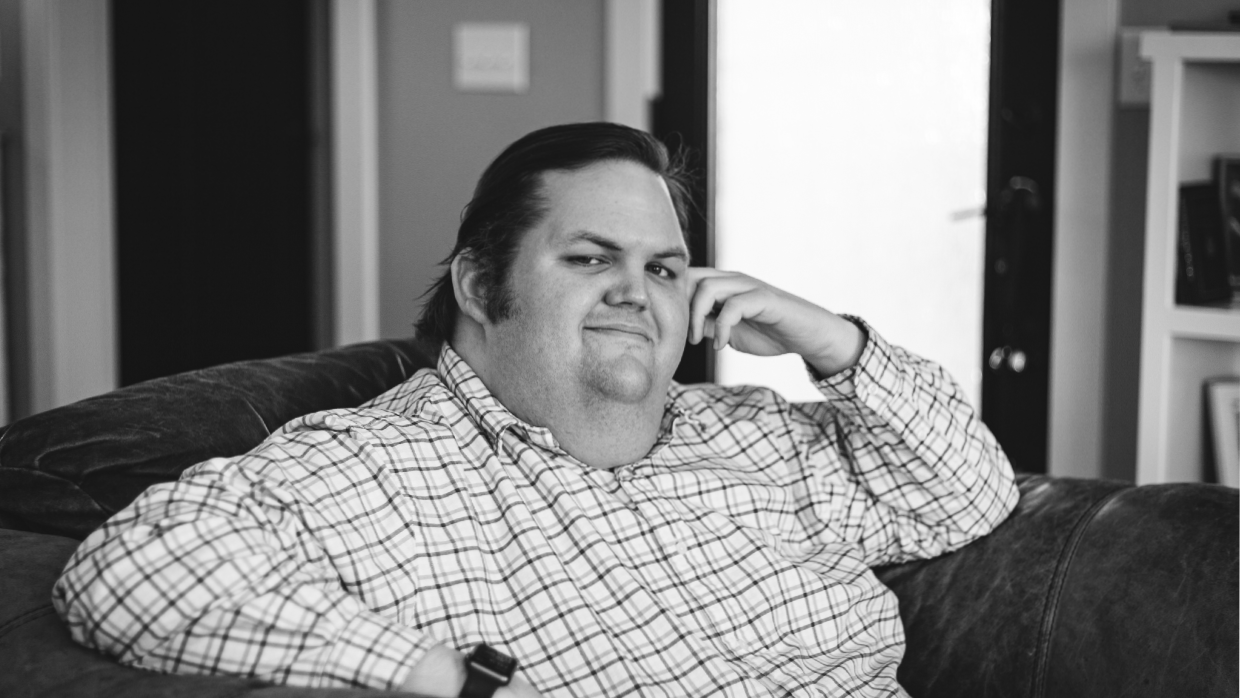 by Filmmaker Staff
in Filmmaking, Screenwriting
on Jul 12, 2022

With the Sundance Native Lab having returned to a (hybrid) in-person model for the first time in two years, Filmmaker asked 2022 fellows to reflect on their recent experiences through short diary entries. Read the rest of the 2022 cohort’s responses.

I will begin this by saying that my path to the Sundance Native Lab is anything but traditional. I was born in Lawton, Oklahoma and currently live in Wichita, Kansas where I work as a public librarian. Before 2022, the only writing anyone would associate with me was stand-up jokes and memes. Filmmaking was a lifelong passion of mine, but something I had put aside and didn’t pick up again until a few years ago. To think I would go from writing my first feature-length screenplay to becoming a 2022 Sundance Native Lab Fellow in under a year has been hard to wrap my head around. When I think about my experience so far, the word “surreal” comes up a lot. I honestly never thought I would be here, but if Sundance has shown me anything, it’s a feeling of belongingness—and that despite my humble Midwestern background, my stories are worth telling.

The first week of the lab we met via Zoom. Despite having virtual meeting exhaustion from two years of work-related Zoom calls, the experience was still super refreshing and I looked forward to every session. These Zoom sessions included cold readings of the episodic projects and advisor presentations, as well as time for mingling with other fellows. On the final day, we were treated to an amazing virtual performance from First Nations musician Sebastian Gaskin. Listening to the advisors share their journeys during these sessions was really inspiring. Just hearing their very human accounts of growing up loving movies and then going on to make them had a demystifying effect that really resonated with me. “You can do this too!” was definitely a recurring feeling I had throughout the program.

The advice and guidance from Bernardo, Shandiin, Patrick and Erica during our one-on-ones was practical and really helped me understand my strengths and weaknesses as a writer. One of my favorite moments from the one-on-one happened when I met with Shandiin and she told me she really enjoyed my script. Not only was she the first Native to tell me they liked it in person, but also hearing it from another Native filmmaker for the first time was a validating experience that I don’t know I would have gotten as early as I did if it wasn’t for Sundance.

It is Monday, May 9th, 2022. Today’s the day I leave Kansas for the high desert of central New Mexico for the in-person portion of the lab. Due to a delay, my flight gets in late and I take a shuttle by myself from the airport to Santa Fe. Once I’m off the shuttle, I am immediately greeted by Lab coordinator Moi and fellow Tiare. I drop my bags off and head to the meeting room where everyone is finishing dinner. The sense of community is pretty immediate when I first enter the room, it doesn’t feel like a room full of strangers at all but a room full of old friends. The excitement everyone is feeling is infectious.

Going into the lab, a recurring fear I had was the idea that I would be overcome by imposter syndrome. However, that was not the case. The environment created by the program’s staff was welcoming and encouraging. The staff did an amazing job at building a sense of community between the fellows. Having been in similar experiences which were very competitive and alienating, I have a strong sense of gratitude for the effort they took to make the fellows feel at home.

Getting the chance to read other fellows scripts not only gave me the opportunity to see how other screenwriters brought thoughts to the page, but at the lab it was a grand tour of the Indigenous World. All 5 filmmakers represented cultures from various parts of the globe and their stories reflected that. While there were a number of differences in our cultures, what stuck out the most was the similarities and how we as Indigenous people bond over family and the art of storytelling.

It’s Wednesday night. I’ve already had a lifetime of memories happen this week, but now it’s time to put in the work. Tomorrow is the day of my cold reading. I don’t really know what to do, but I decided to take time to assign parts and write an introduction. It’s weird bringing a ghost story to a city as old as Santa Fe, a place with more than its own share of ghost stories. Given that my script is set in a former Native American boarding school and Santa Fe’s own history with colonial violence, it felt necessary for me to acknowledge this before my reading. I wasn’t the only fellow to do this either. Acknowledging our ancestors and thanking them for taking care of us is a commonality shared with a lot of Indigenous folk and it was really cool to be in an environment where that was respected.

Overall, I was really happy to see my script come to life during the cold reading. When writing a screenplay you do your best to mentally visualize your film, but you really don’t have an idea what that will look like until you objectively experience your script for the first time. After the cold reading, it was obvious I had some work to do. While I quickly noticed the things that didn’t work, the bigger takeaway from the cold reading were the things that worked really well that were not given the attention they needed in the first draft. Seeing which characters needed to come out of the background and which scenes needed to be explored more was a motivating experience. Overall, I was excited to get to work on the next draft. Feedback was something I had some concern about going to the lab. I haven’t had a lot of formal creative writing experience and given the subject matter of my script, I had a lot of worst case scenarios during my shower thoughts in the weeks leading to the lab. However, the feedback from both advisors and fellows went better than I expected and I left the cold reading feeling positive with a sense of validation that I was doing what I was allowed to do and I was doing it well.

The biggest surprise I got from all the feedback was that people felt that I could lean more into the comedic elements of my story. I have a long history in comedy, and when writing the script I shied away from it because I was writing a horror film to submit to Sundance and wanted to be taken seriously as a writer. It was really good to hear people say that they actually enjoyed those elements and that stories like the one I am telling need comedy to counter some of the darker elements of the screenplay. At the end of the intensive writing workshop, Joan Tewkesbury came up to me and said “You walk a hard line between the light and the dark, walk it harder.” I will never forget those words and have reflected on them a lot in the weeks since the workshop.

On the last day of the lab, we met in the hotel conference room that we have been spending the majority of our working time in. Each day of the lab we are given a prompt and go around and share our insights with each other. It’s a great practice in getting to know a group of people who were strangers three weeks ago. The prompt of the day was what our main takeaway from the program was. I look around the room at the fellows and staff I’ve been spending the last two weeks getting to know. I think about our time together, all the laughing, all the crying and all the stories we shared and I was in awe of the Indigenous excellence I’ve been surrounded by for the last few days. Never in my life have I been in a room with people who I’ve connected with on so many levels and if anything my takeaway is that I have a new family and I’m excited for what comes next for all of us.