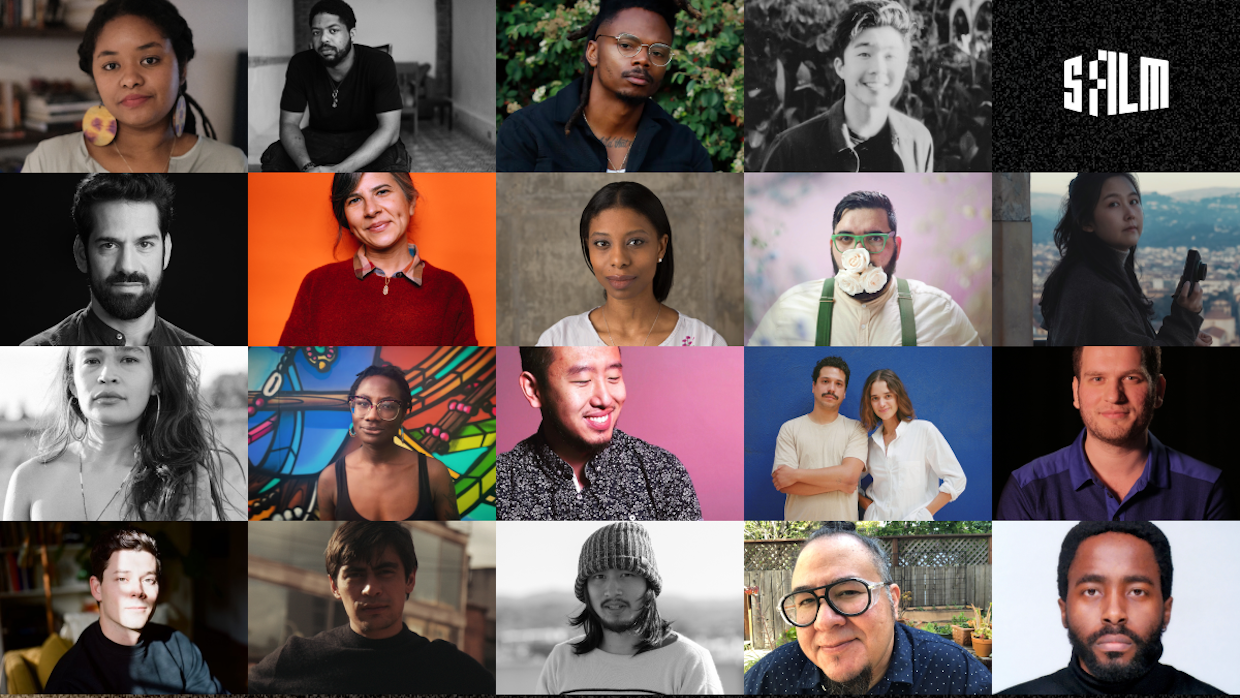 SFFILM, in partnership with the Kenneth Rainin Foundation, announced today the 18 feature projects that will receive SFFILM Rainin Grants totaling $450,000. These grants will provide funding to advance each project to its next creative stage, generally entailing support for screenwriting and further development.

Distributed on an annual basis, the SFFILM Rainin Grant is typically awarded to “to filmmakers whose narrative feature films meaningfully explore pressing social issues and/or have significant economic or professional impact on the Bay Area filmmaking community,” according to a press release. However, this does not mean that the grants are reserved exclusively for Bay Area filmmakers. So long as the filmmaker spends time developing their project in the Bay Area, recipients can be from anywhere in the U.S. or abroad.

They said in a collective statement, “The jury was impressed and inspired by this talented slate of filmmakers and their bold approaches to storytelling in front and behind the camera. The diversity in stories and filmmakers reflect the enduring vitality and spirit of independent cinema. From transgenerational stories to films that center historically excluded characters and communities, we are thrilled to support these projects and help them get one step closer to the big screen.”

Three former 25 New Faces of Film are among this year’s winners, including Joie Estrella Horwitz, Matthew Puccini and Richard Van.

Applications for next year’s SFFILM Rainin Grant will open during spring 2023; for more information, visit SFFILM.

Below are the 18 projects that received funding through the 2022 SFFILM Rainin Grant.

It’s August 1791 in French-owned Saint-Domingue—the most profitable colony in the world. A collective of enslaved workers meet in secret to plot a revolt. As the yoke of slavery takes its toll, a coerced confession reveals their plan, forcing everyone into action. This sparks the Haitian revolution and the beginning of the end of slavery.

Three kids from the ghettos of East Oakland are sent on a wild adventure after their favorite cousin escapes house arrest.

Fremont, CA. 2008. In the last month of summer before high school begins, an impressionable 13-year-old Taiwanese American boy learns what his family can’t teach him: how to skate, how to flirt and how to love your mom.

A dark surreal & satirical comedy about euthanasia. Gilda and Amadeu meet at an underground organization that claims to help the terminally ill kill themselves painlessly for a fee, as they try to bypass the fact euthanasia is illegal. But when they discover the workshop is just a money-making scam, they take matters into their own hands and go on a wild surreal adventure to finalize their plans, falling in love along the way.

From Honey to Ashes

In this psychological drama, an act of gun violence strikes a married couple in California’s Central Valley, resulting in a ripple effect involving a widow, a nanny, an unhoused woman, a high school senior, and a young gang member. The microcosm of these women’s intersecting lives play out against the backdrop of a dying monarch population, an unprecedented heat wave, and a magical force that binds them in a world on the brink of collapse.

In My Father’s House

In My Father’s House follows Anna (nee Anike), a disillusioned millennial battling grief after the unexpected loss of her mother. She arrives in Lagos, Nigeria from the United States determined to escape the remnants of her former life but her efforts are futile as she discovers new life and purpose in the homeland of her estranged father.

Teenage sisters are enlisted by their abuelita to break her out of her senior living facility for a joyride to the Grand Canyon. On the journey, their grandmother reveals some unfinished business while newly unearthed family secrets take things to telenovela proportions.

A Chinese factory worker travels to New York for her daughter’s eagerly anticipated college graduation, only to be thrust into a desperate search in unfamiliar territory when she learns the girl is missing.

After a mother disappears without a trace, her troubled daughter spirals in her search, unaware a vampire will save them both.

Ruby: Portrait of a Black Teen in an American Suburb

A coming-of-age tale set during the height of COVID and racial justice protests after the murder of George Floyd. RUBY: PORTRAIT OF A BLACK TEEN IN AN AMERICAN SUBURB follows the story of Ruby, a fifteen-year-old, Liberian-American teenager and a wannabe TikTok star, as she deals with the sudden breakup of her closest friendship after her best friend, Kiki, begins dating a much older man.

As the summer of 2004 begins, a series of strange events transform the lives of three generations of Asian-Americans living in the Southern California foothills—an aging heiress and art collector haunted by visions of her dead mother, an aspiring young female novelist running a neighborhood video game arcade, and a trio of teenage musicians caught in an increasingly tense dispute between two local gangs.

Signs Preceding the End of the World

Across borders and into the Aztec underworld, Signs Preceding the End of the World is the story of a journey with no return. Adapted from the namesake novel by Yuri Herrera, the film follows Makina as she travels across the U.S./Mexico borderlands to find her estranged brother. Along the way, she faces the apocalyptic reality of her changing world as we are confronted with the signs that announce the end of ours.

While people struggle daily to survive under sanctions in Saddam’s Iraq, nine-year-old Saeed must use his wits to gather ingredients for the mandatory cake to celebrate President Saddam Hussein’s birthday or face the consequences – prison or death.

A pair of queer teenagers set off to sneak into the closing night of The Stud, San Francisco’s oldest gay bar.

Tokyo, a Colombian teenager has to assimilate the death of his brother and his supposed responsibility in his disappearance, confronting his family and questioning our traumas as a community in the context of the Colombian conflict and post conflict.

Somewhere between his mother’s house and his uncle’s illegal casino, a prisoner finds a new life.

A middle aged transgender filmmaker returns to his father’s birthplace of Roswell, New Mexico to document coming out to his family. His partner’s obsession with the 1947 UFO crash takes him and his film crew in a very different direction.

Where is the Healer?

Ayanda gets caught in the tangle of people’s lives as she attempts to cast the remake of a forgotten B-movie.