“We Were Filming at a Time When Putin Was Arresting Opposition”: Sarah McCarthy on Her Telluride-Premiering Doc Short Anastasia 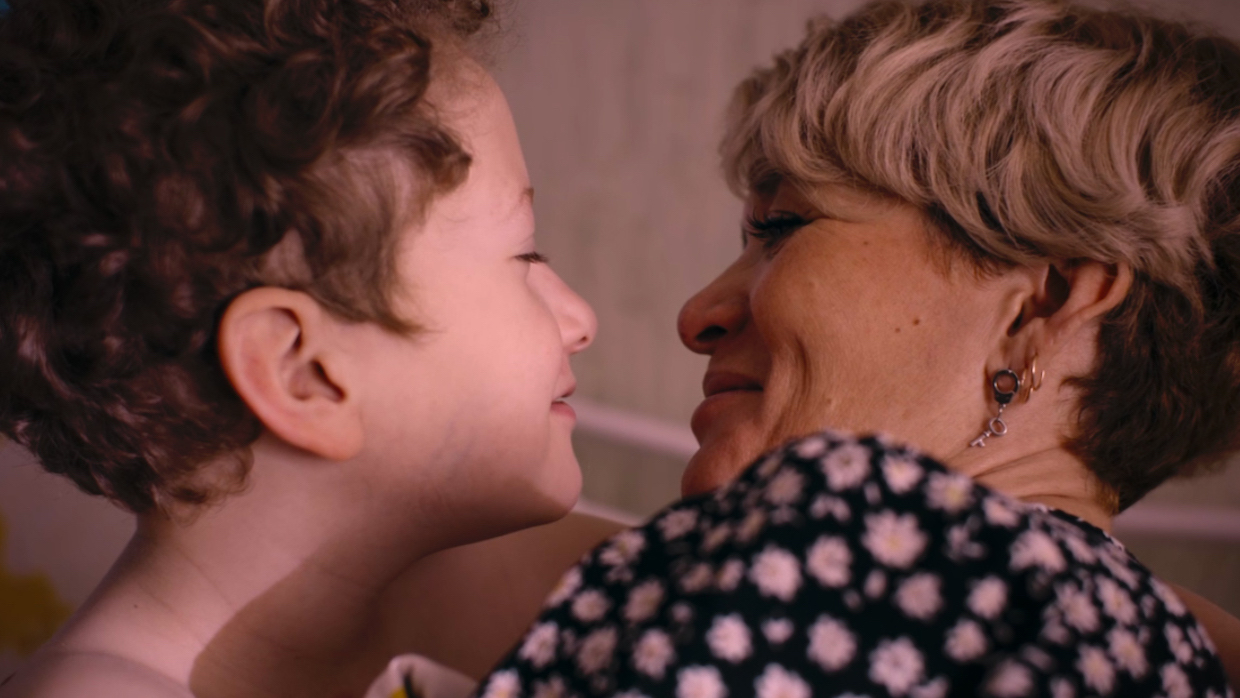 A shot from Sarah McCarthy's Anastasia

by Lauren Wissot
in Directors, Interviews, TIFF
on Sep 3, 2022

Sarah McCarthy is no stranger to navigating the myriad challenges posed by authoritarian states. Indeed, the Australian doc-maker has shot in precarious political places throughout the world, from the Philippines, to Saudi Arabia to Russia—where she’s returned time and time again. Nor is she a stranger to the Toronto International Film Festival, where following on the heels of feature-length works (The Sound of Mumbai, The Dark Matter of Love) she now debuts her latest short Anastasia; and the innocuous title, much like the film’s titular character, belies one powerful punch.

Anastasia Shevchenko is a Russian civil rights advocate who’s been arrested and placed under house arrest—which is, unfortunately, not an anomaly under the Putin regime. Smartly, McCarthy is less concerned with the “crimes” Shevchenko committed than with the individual who’s chosen to sacrifice herself—and hence her family—to the greater democratic cause. It’s a portrait not of an outspoken firebrand, though Shevchenko is certainly that, but of a single mother who wants nothing more than to see her children grow up in a free society. Of course, whether the personal price paid by those she’s ostensibly fighting for is worth that heavy toll is also the crux of every activist’s dilemma.

A few weeks prior to the film’s TIFF Short Cuts debut on September 9 (and the week before its Telluride world premiere), Filmmaker caught up with the intrepid globetrotting director—who the UK’s Radio Times recently named as one of its “30 Most Powerful Women in Film.”

Filmmaker: How did you first meet Anastasia and her family? Is there a connection to your other (Russia-focused) films?

McCarthy: I actually cold called international human rights lawyer Maria Logan about another film and she introduced me to Anastasia. Maria has been involved in Anastasia’s case from the beginning, and she had just started a production company that wanted to make documentaries set in Eastern Europe.

My mother is Ukrainian, so I am drawn to telling stories in the region as a way of honoring my female ancestors. I made a feature documentary (The Dark Matter of Love) which told the story of three of the last Russian children to be adopted into America before Putin banned adoptions. Which was Putin’s response to the first American sanctions against his inner circle. (So when Trump and Putin cited “adoptions” as the reason for their private meetings, what that really meant was Putin was trying to get Trump to reverse those sanctions.)

Then I also made a film about Bill Browder (Putin’s Number One Enemy). He’s the man responsible for those first American sanctions to target Putin’s inner circle. So through these previous films I’ve made, which explore the human side of Russian geopolitics, Anastasia and I know a lot of the same people.

Filmmaker: How did you gain the trust of all the participants?

McCarthy: Anastasia and I had a natural rapport; I love being around powerful, no-nonsense Eastern European women. Growing up in Australia, my mother, grandmother and aunties would all discuss the secrets of womanhood in Russian—a language I couldn’t understand. At some point during my childhood the Russian language and sacred feminine wisdom became intertwined for me.

Before we started filming, Anastasia and I spent a lot of time talking about the kind of film I wanted to make and about our lives in general. Anastasia was sharing very personal details about her life with me, so our conversations quickly became intimate exchanges about motherhood—about our hopes and fears for our children—as well as about activism and politics.

Filmmaker: So was everyone always onboard with being filmed during this difficult time?

McCarthy: Initially, Anastasia’s teenage daughter didn’t want us to film the scattering of her sister’s ashes. Anastasia’s family has already sacrificed so much for her activism and her daughter, completely understandably, wanted this precious moment to be private. Because of this, we were planning to tell the story without that particular scene. It was crucial for us that consent came from the whole family. But Anastasia knew how powerful that scene would be on film, so she encouraged her daughter to reconsider, which she did.

Our world premiere at Telluride actually marks the first time Anastasia and her family see the film. I do sincerely hope they are happy with the creative choices we’ve made in that sensitive scene.

Filmmaker: What sorts of safety precautions were put into place for production? What was off limits to the camera?

McCarthy: We were careful not to film any law enforcement officers or military infrastructure at any point during our shoot. We also created a detailed risk assessment and worked closely with the professional safety consultants First Option to build a set of protocols that would mitigate risks to our crew and contributors.

We were filming at a time when Putin was arresting opposition politicians and journalists daily. Anastasia is on the FSB (Russian intelligence) watchlist. Our cinematographer Denis Sinyakov has previously spent 100 days in pre-trial detention for making another film the Russian authorities didn’t like. We used encrypted messaging and the crew had set times twice a day to check in with production. If they missed a check in we had a plan to locate them, and practical and legal processes in place to begin advocating for their release. We also shot on a camera (the Canon C70) small enough to avoid any unnecessary attention from the police.

Filmmaker: How did you acquire all the footage? Did you partner with a Russian film crew?

McCarthy: Yes, we filmed with an entirely Russian crew; and our amazing DIT Anton Mineev uploaded all our 4k footage to the cloud at the end of every day. Hard drives leaving Russia are often checked by the Russian authorities—even when they are sent using American companies like FedEx—and the last thing we wanted was for Anastasia’s story to fall into their hands.

Filmmaker: So what are Anastasia’s plans now that she’s fled Russia? Are you still filming her story?

McCarthy: Anastasia has moved her family to Vilnius (Lithuania) where she continues to advocate for children who have been separated from their parents by the Putin regime. She’s now raising her children in a free country where freedom of expression is taken for granted.

But no, I’m not filming Anastasia’s story anymore. I am now balancing motherhood with bringing Anastasia’s story to as wide an audience as possible, while making another film in similar territory (provisionally titled Children of War). That will tell the story of illegally deported Ukrainian children being extracted from Russia and finally reunited with their parents.