The Real and the Poetic: DP Darius Khondji on Bardo 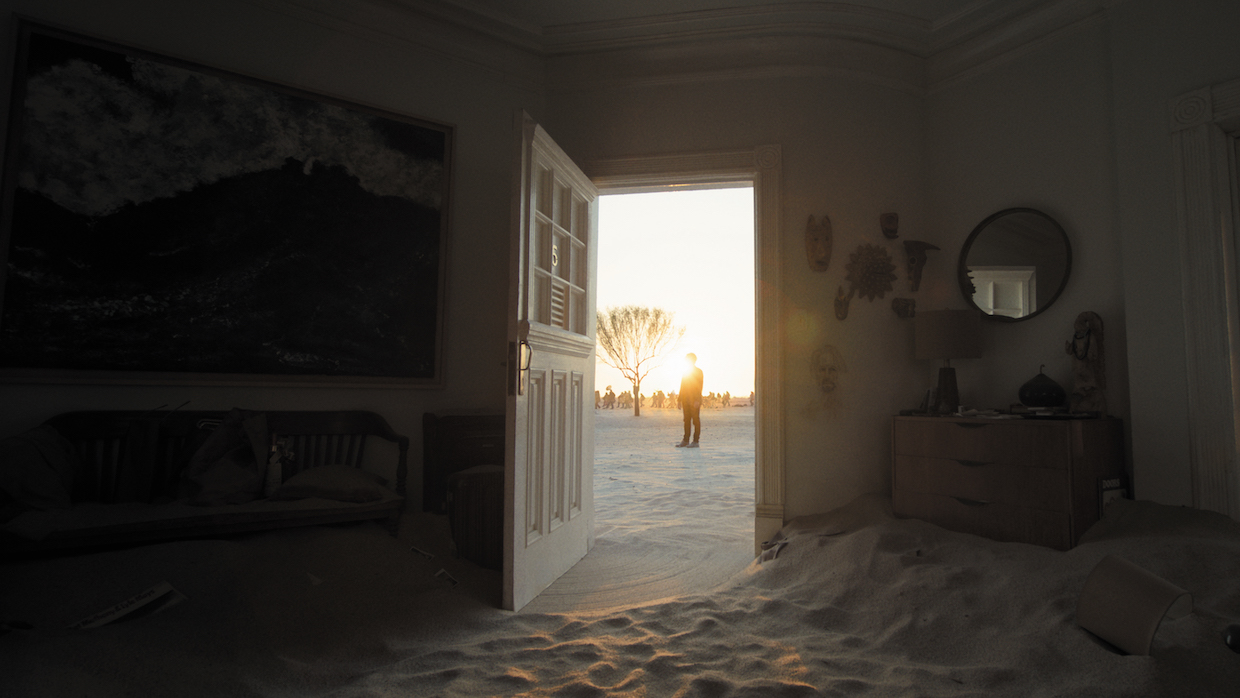 Alejandro G. Iñárritu has labeled Bardo, False Chronicle of a Handful of Truths the most difficult film of his career—a bold categorization, considering the intricate single-take illusion of Birdman and the famously frigid filming conditions of The Revenant, both of which earned Iñárritu Oscars as Best Director.

But for Bardo cinematographer Darius Khondji, the lure of the project wasn’t the technical challenges, though they were plentiful (including shooting in Mexico City at the height of COVID with long takes, deep focus photography and surrealistic imagery), but the emotional pull of the material. “Almost every single scene in Bardo was a challenge, but as a cinematographer I don’t choose a project because it’s this great technical challenge. I never think like that,” said Khondji, whose filmography includes Uncut Gems, Se7en, Delicatessen and Armageddon Time. “Alejandro was so close to this story, and the script was incredible—so rich, both epic and intimate. So, I jumped on a plane to Mexico City and decided that I was going to be one of his knights and follow him no matter what.”

Bardo stars Daniel Giménez Cacho as Silverio Gama, a journalist turned documentarian who returns from his adopted Los Angeles home to Mexico City to receive a prestigious award. While there with his family, he ends up in the grips of an existential crisis, confronting loss, encroaching mortality and his complicated relationship to his home country. The story is not strictly autobiographical, but the similarities between Silverio and Iñárritu are abundant, incorporating deeply personal elements of Iñárritu’s life, such as the loss of a young child and his mother’s cognitive decline. Some of those elements are portrayed with stark realism (Silverio visits his mother at her flat and both struggle to recall a tune Silverio’s late father used to sing), while others are presented with the distance of absurdity (Silverio’s newborn son emerges, only to take one look at the state of the world and crawl back into the womb). Other scenes drift into the dreamlike as they progress, such as a visit with a U.S. ambassador that becomes a re-enactment of the Mexican-American War’s Battle of Chapultepec.

To capture Bardo’s fluctuations between the intimate and the surrealistically epic, Khondji paired the large format Alexa 65 camera with Panavision Sphero lenses, shooting almost the entirety of the film on the 17mm and the 21mm. Those wide lenses, coupled with a shooting stop typically in the range of a T4 or T5.6, give Bardo a deep focus that stretches toward infinity. “I love shallow depth of field. So, normally, I never like to shoot with very deep focus because I don’t see life with deep focus,” said Khondji. “But for this film, it was essential for the storytelling. It would be a very different movie if we had shot with the focus only on the actors. Alejandro wanted to be able to see the world around them, as well.”

Though shooting large format offers a shallower depth of field than you get with a similar field of view on a smaller sensor—antithetical to Bardo’s deep focus goals—Khondji still preferred the Alexa 65, even if it meant shooting at a deeper stop. “The actors are the most important thing, and I love how that camera renders them on screen. They somehow feel more present,” said Khondji. “The way it captures life is unique. To me, it’s the only camera that brings me the pleasure of film.”

One exception to Khondji’s preference for the Alexa 65 came during the opening scene, purely for pragmatic reasons. Bardo begins with a point-of-view shot of Silverio dreaming of the desert. He sprints forward and then leaps skyward, momentarily soaring through the air. The practical component of the shot was done in Mexico’s Vizcaíno Desert, where a drone—which could only handle the weight of an Alexa LF, as opposed to the sizable form factor of the Alexa 65—was used to capture the floating point of view and the long shadows of the desert flora in the morning light. Silverio’s shadow in the final shot was created by the visual effects team, though Khondji went to great lengths to ensure a sense of authenticity. He spent a day in a theater with a harnessed, sensor-covered actor aloft and a 24K light blasting from behind to capture reference images. “It created this big, round pattern with his shadow right in the center,” explained Khondji. “So, ultimately, the final shot is a mix of reality and the poetic.”

Poetry can also be found in a celebratory scene at the California Dancing Club, a famed nightspot in Mexico City. In a shot that unfolds over several minutes and among 800 extras, the camera tracks with Silverio as he rejoices in a sea of revelers. The long take was achieved with an Arri Trinity rig, a combination of Steadicam and gimbal that allows for angles impossible to attain with just the former. Operator Ari Robbins—a veteran of complicated camera acrobatics on Everything Everywhere All at Once and La La Land—wielded the Trinity, which Khondji christened “The Monster.” With “The Monster” spinning in every direction, no film lights could live in plain sight. Some Astera tubes and SkyPanels were hidden in the shot and the Trinity rig traveled with a small LED panel called the DMG Dash. (“That device is always with me,” says Khondji of his preferred method for a glowing eye light.) The rest of the illumination was provided by hundreds of onscreen practicals, incorporated into the club by production designer Eugenio Caballero and controlled by dimmer operator Lukas Hippe, who Khondji described as “like a Mozart of lighting.”

“As a cinematographer, these images (like Silverio in the California Dancing Club) stay in our dreams at night. That is the beauty of cinema,” said Khondji. “I’m very attached to this movie and to Alejandro. Making a movie like Bardo is like going to another planet with someone. I hope I have an experience like that again, but sometimes it exists once in your life.”