“For This Project, I Had a Collection of Over 1000 Images of Penélope Cruz”: DP Gergely Pohárnok on L’Immensità 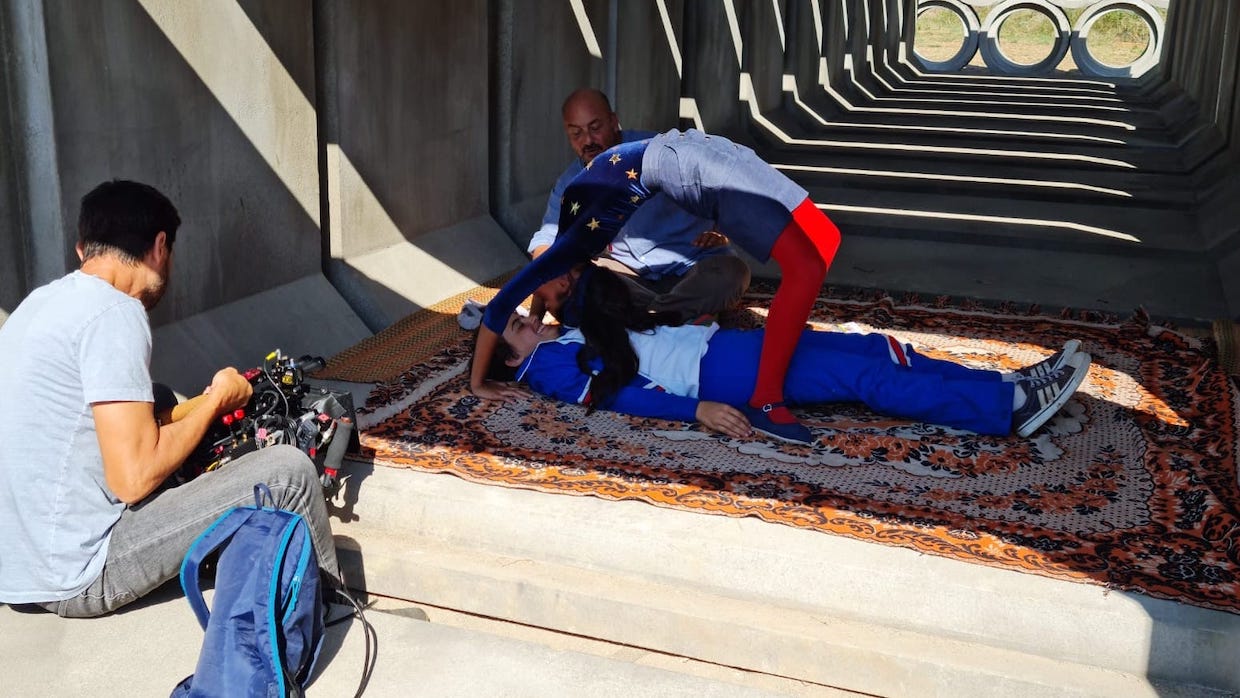 The fifth feature from Emanuele Crialese, L’Immensità, is a semi-autobiographical family drama that takes place amid the backdrop of ’70s Rome. The film premiered earlier this year at the Venice International Film Festival, and now arrives at Sundance as part of the festival’s “Spotlight” section.

Pohárnok: I shot the complicated end scene for Emanuele Crialese’s 2005 film Golden Door. We spent a lot of time together prepping it and we became friends. I work a lot in Rome, where he lives, and when I am in town we always meet for a drink and talk. When he sent me the script of L’Immensità, I felt that it was a fantastic project and I would be really happy to do it with him.

Pohárnok: This is a period film, the story takes place in Rome in the ’70s. Even if this was 50 years ago, back then it was “here and now.” For me it was important that the audience experience this drama in the present moment, and watch it as if they were there with this family. I felt if we used a visual language that tried to imitate the cinema of the ’70s, or if we over-stylized the images, it would create a distance between the viewer and our characters. We decided early on not to use old tools, lenses or anything that strongly belongs to that time.

Also the design of that period—the costumes, objects, op-art patterns and colors—are very much in fashion now. I thought if the look of the film is too trendy or nostalgic, then the cinematography doesn’t help to tell this very intimate and personal story in the right way. So I was planning to shoot it without the images being too pretty or exotic, but to help create a feeling of “being present” when you watch it. It was difficult to find a strong visual language that doesn’t overpower the story, and at the same time stays away from documentary or dogma realism. We had three kids as main characters, and Emanuele wanted to give them freedom of movement. We shot the whole film with two cameras and only storyboarded a few key situations. For the rest, we checked the rehearsal of the actors and decided on the coverage based on that. It was a challenge not to just have a collection of images, but to maintain a certain unity and create a distinctive style.

Pohárnok: Emanuele and I we were sending tons of stills to each other way before we started to prep. Then when I moved to Rome for the film, we watched lots of movies together. We spent many afternoons just watching them and talking about camera movements, light, framing and about cinema as a way of telling a story. There is not one particular film that stood out as a reference. For L’Immensità, I selected around 2000 stills as references for color, camera angle, light on faces, etc. Slowly we narrowed them down to just a few that felt right for us. This process helped a lot to verbalize how we wanted to show our characters and tell their story visually.

Before I prepare for a job, I always watch all the films of the main characters from the last five years. For this project, I had a collection of over 1000 images of Penélope Cruz from her previous movies. This helped me have an idea of how her face reacts to all sorts of lights and angles way before any camera test.

Pohárnok: The family in the film lives in a new penthouse apartment on the outskirts of Rome in the ’70s. The flat was built in a studio with a big open balcony and floor to ceiling windows. We didn’t use green screens or translite for the exterior view, but a 100 meter by 10 meter white screen for day and night scenes. More than half of the film takes place in the house, and we spent six weeks shooting in the studio. This flat was very important for the story, it was almost like the sixth silent member of the family. It was a challenge to light the set in a realistic way that has character and keeps its integrity, but changes with the mood of the drama over these six weeks.

Pohárnok: Alexa Mini and Zeiss Supreme primes. We didn’t want to go large format. We liked the imperfection and bit of noise in the standard Alexa Mini sensor’s image. There was a worry that it would create problems for distribution, so we called it an artistic choice to get it accepted. For the lens, we tested many vintage and modern glasses. We didn’t like flares or distortion, but preferred lenses that had a clean and soft character. Supreme turned out to be the right choice for this film.

Pohárnok: Penélope Cruz plays the mother, and wherever you put your light or camera, she just looks fantastic. With these ’70s costumes and hair, it was hard not to make her look like a classic movie star. In the film, she is a mother who goes through lots of trauma. If we showed her as too glamorous, that would have been totally wrong for the story. I was trying to light her in a way that felt real and right. In prep, I made many tests of different tools before I decided how to light her. We had a wonderful set designed by Dimitri Capuani, and lighting it was also a challenge. It had many rooms, very low ceilings and dark walls. It also had a very big open balcony that overlooked a 100 meter by 10 meter white-back that was no more that six meters from our set. I used eight units of sever meter balloon lights and some tungsten hard sources to pump enough light into the rooms. Then flat LEDs and Astera tubes that I could hide inside. On exteriors, we used HMIs and big frames to control sunlight.

The opening scene is a top shot some 20 meters over our hero, who is standing on a rooftop.  The camera drops down at fast speed totally perpendicular to him and stops half a meter from Andrea’s face. The rooftop set was built on an elevated platform in a field outside near our studio. We rigged a spidercam with a three axis stabilized head from a construction crane 25 meters above our actor’s head and prayed for no wind!

Pohárnok: We didn’t use a LUT on set for a look, only a setting made by our colorist to not go too under-exposed, but keep all details in the black for post. In prep, we spent a lot of time choosing the right color of dresses, objects or walls of the sets. During the shoot, I further controlled the contrast and colors with lighting and some smoke. The look was there, created in front of the camera. We had a fantastic colorist, Andrea “Red” Baracca, who did an amazing job of smoothing things out and blending in all our VFX background plates.