“What Remains in the Body”: Maite Alberdi on The Eternal Memory 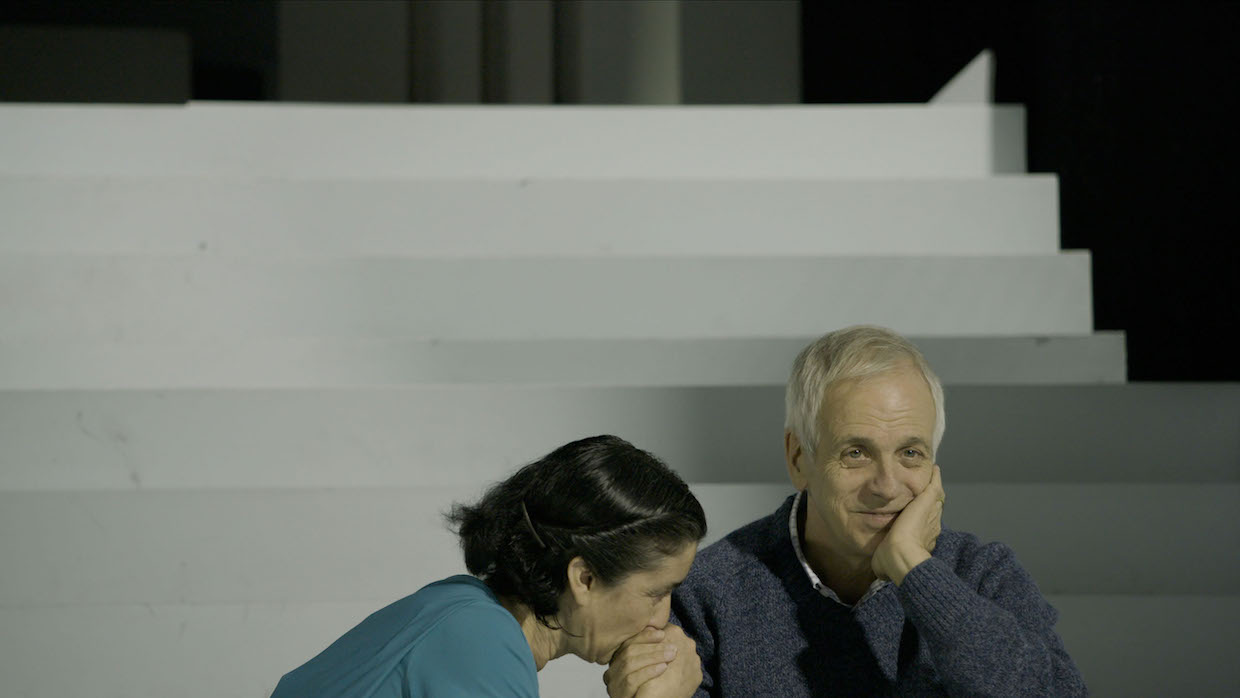 Paulina Urrutia and Augusto Góngora in The Eternal Memory

by Lauren Wissot
in Directors, Interviews, Sundance
on Jan 25, 2023

Oscar nominee and Sundance alum Maite Alberdi (with 2020’s surprisingly lighthearted The Mole Agent, which followed an endearing octogenarian with no private investigative skills on an undercover mission to expose retirement home elder abuse) returned to Park City this year with a much different follow-up. While The Eternal Memory likewise deals with both the joys and indignities of aging, Alberdi trains her lens this time on a dynamic duo who’ve been together for a quarter century, much of it in the media spotlight. Paulina Urrutia was (and still is) an actor and former State Minister, while Augusto Góngora was one of Chile’s most famous TV personalities. A fearless cultural commentator, he had the audacity to spotlight the brutalities of the Pinochet regime and upon its fall build an “archive of memory” so that his fellow countrymen would never forget. The ironic tragedy is that Augusto was diagnosed with Alzheimer’s disease nearly a decade earlier, which is where Alberdi picks up the baton and camera – following the still madly in love couple on their day-by-day journey into discombobulating territory.

A few days after The Eternal Memory’s January 21st World Cinema Documentary Competition debut, Filmmaker reached out to the first Chilean woman to be nominated for an Academy Award to learn all about this latest (Pablo Larraín-produced) project.

Filmmaker: So how did this film originate? Is it connected in any way to The Mole Agent?

Alberdi: This project arose when I met Augusto and Paulina in a work context one day. I was taken with how she incorporated him into her work with complete normality and affection. Their relationship surprised me, and that’s when I began to spend time with them.

Filmmaker: I’m very curious to hear how you navigated the issue of consent. I’m guessing you had discussions with Augusto regarding his wishes prior to filming, but at what point in his decline did such conversations occur? How did you ensure he was always an active part of the collaboration?

Alberdi: My first approach to them was five years ago, a year before the first scenes of the film. Augusto was able to understand conversations perfectly and was aware of his reality. Augusto himself was the one who convinced Paulina to make this film. When I spoke to them about a documentary she had questions; and he told us, “I have no problem showing my fragility. I’ve made so many documentaries—why wouldn’t I want to be filmed in this situation?”

He was always aware of the presence of the camera, and it was their joint decision to continue filming when we could no longer do so due to COVID. Paulina, Augusto’s children and Augusto himself decided to make this record; they all feel very comfortable and proud of the result. It is almost like a living breathing scrapbook of Augusto. Augusto tried to capture pain and fragility his whole life, and showed the hidden reality of the country with courage. Paulina says that filming this movie was an act of utmost consistency because he boldly agreed to film his fragility, since he believes a record of things must always exist. He lived his life creating that record.

Filmmaker: What sorts of boundaries were ultimately set? What was off limits to the camera?

Alberdi: I think the main question about boundaries for Paulina and me was how and when to stop filming, and the day we had to stop was very clear to us. She says that in their life and in the film she’s a vehicle for Augusto to express what he wants to communicate. When we felt that he was no longer communicating, we decided to finish filming.

Filmmaker: How did COVID affect production?

Alberdi: In Chile the lockdown was very long, and we had to stop our two-year-long filming process. So we decided to send Paulina a camera, and from that point on it was a film in which different materials coexisted; Paulina’s record, Augusto’s and mine. I don’t think I could have ever gotten Paulina’s record with my own camera because I wouldn’t have been there so late at night, which makes it a deep record of the situations they go through. More than anything, COVID was detrimental to Augusto’s health because he quickly worsened after being socially isolated.

Filmmaker: How do your protagonists feel about the final film? Is Augusto even able to weigh in?

Alberdi: Augusto is now terminally ill and bedridden, he can’t move or speak, so he can’t see the film. Paulina and Augusto’s sons watched the movie and feel it’s Augusto’s best legacy. They can see his identity in it, his obsessions, even in the late stages of his condition, and they feel that it’s the best record of granddad they could show to their children. They were both excited and proud.