“The Sociohistorical Significance of a Black African Woman Holding the Camera in Her Hands”: DP Hankyeol Lee on Milisuthando 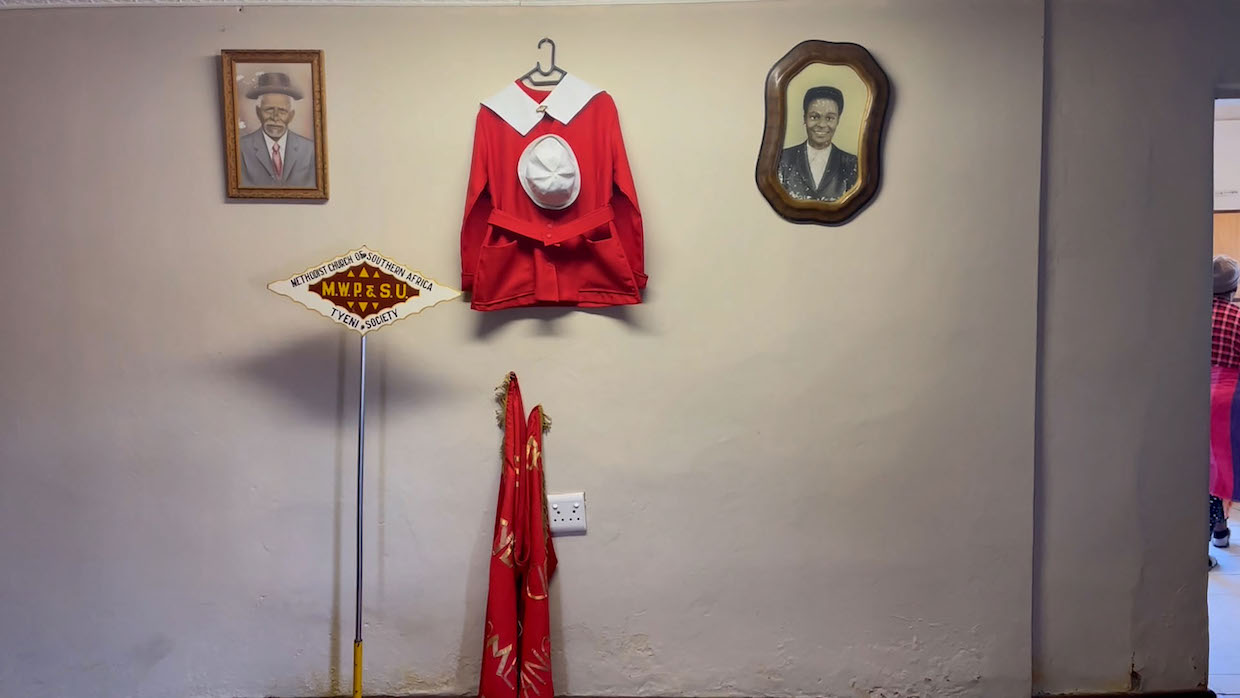 As both the editor and cinematographer of Milisuthando, the debut feature by Milisuthando Bongela, multimedia artist Hankyeol Lee confronted a unique set of challenges. In a film that blends a large quantity of archival material with material shot by the director herself, Lee’s footage was one of many types of footage in the mix. Below, Lee discusses her work on the film as a cinematographer.

Lee: I first came onto the project as an editor. Milisuthando Bongela, the director, was looking for someone to edit a trailer for the film (for pitching and fundraising purposes).

The connection was instantaneous—and we found that, given the intimacy of the project, but also the budget at the time, it was really helpful to make use of my multidisciplinary skills. So, I became both the cinematographer and editor for the film.

Lee: At the time of shooting, there was still a great deal unfolding. We had no idea what material would actually persist in the film. We had a small chunk of already-shot footage, a lot of it shot by the director herself, mostly on her iPhone. Some of it was shot by other cinematographers who were temporarily hired for [a] particular shoot. The film didn’t quite have a definitive visual identity yet, and we were still discovering it as we embarked on our first shoot together.

So much of that early shooting was intuitive and explorative. We shot a large number of vérité scenes at first, a lot of which didn’t make it into the film, but it was there that we started to really determine what we liked and what we didn’t like.

Shooting was happening parallel to the edit—we would shoot, with one particular idea then, in the dailies or in the edit, started to have larger conversations on where the film was going. We realised half-way through how integral Milisuthando’s personally-shot footage was. The immediacy of her first-person subjectivity in the visual storytelling, as well as the sociohistorical significance of a Black African woman holding the camera in her hands, became an integral part of the film. The story of her own development as a filmmaker also started to become apparent in the material of the film, as she started to shoot more and more.

We started to amass more archive material—both historical and home video footage. So, the cinematography started to collaborate with that fact. It became connective thread: sometimes poetic footage that moved us out of the ground and into the sky, sometimes becoming an invitation for us to see Milisuthando herself rather than to see through her eyes.

Lee: We would often have conversations with lofty, big ideas about what the cinematography could be, drawing inspiration from this or that film…but by the end of the day, we found we had to release ourselves from this and be naked in our intentions.

Lee: The usual challenges of budget and time and the limitations of what technology or crew we could have access to. However, these challenges also allowed for intimacy and all the subtleties that exist in the material today.

Lee: A lot of the cinematographic style exists by virtue of access and limitations. Milisuthando’s iPhone footage allowed access into private spaces that may stiffen at the sight of a camera. Most of the material I captured was shot with some vintage prime lenses—mostly a 35mm f1.4 lens. The intimacy of our shoots, the fleeting nature of the moment, and the limitation of a prime lens, also meant that our shoots were almost always handheld—so, a certain “breath” started to exist in the material.

Lee: We worked mostly with natural light, with the exception of two scenes. The first is of Milisuthando reciting a letter/poem to camera. We shot that against the black underside of a picnic blanket in her living room, with a single Redhead very close and overhead. The second shoot was the very final shoot of the whole film, which we knew would exist as the end of the film. The Msamo was an installation by Milisuthando in a large warehouse-type space. It was huge, and we started with lighting the whole set with tungsten jemballs to match the soft candlelight. However, we found that the whole set looked more powerful and beautiful and alive when the whole set was lit by candlelight alone. So, once again, we veered into “natural lighting.”

Lee: Hands down, the msamo shoot was the most difficult. We had only one day to shoot it, and we knew it was a very, very significant scene for the spiritual and emotional arc of the film. There was so much history woven through the whole msamo, and every small object was deeply symbolic. [In one of the film’s final sequences, a large altar is held at a memorial service with many objects symbolic of the deceased’s life.] Each time the camera was rolling, we needed to light dozens of candles and several piles of impepho, then snuff them all again at the end of the shot. To get the massive scale of the msamo, and at the same time capture all the granular details of it, while serving the spiritual significance under the time limit, was very intensive.

Lee: All of the material that I shot for the film was captured on S-Log. There is such a huge variety of different media in this film —film archive, Betamax tapes, phone footage, Handycam, GoPro, S-Log. It was in the grading where there was an attempt to unify, while keeping true to the materiality of each piece of footage. We found there was a whole story being told within the material. The film stock told a different story about its origins, and its functions, than the Betamax tapes of television journalism in the early 1990s, which told a different story from the home videos, etc.