“I Use Split Screens as a Tool for Ensuring Any Performance Can Be Used”: Editor Franklin Peterson on Fair Play 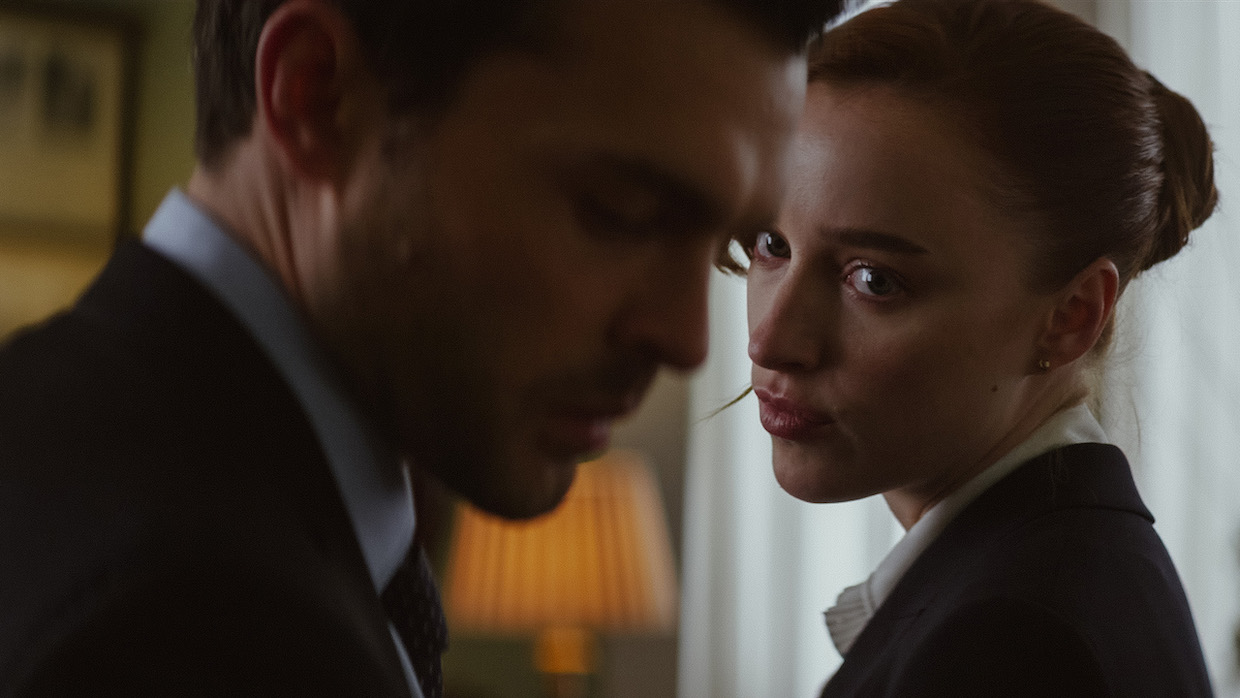 The subject of a bidding war after its premiere before selling to Netflix for a reported $20 million, Chloe Domont’s twisty thriller Fair Play owes much to the work of editor Franklin Peterson in establishing the deliberate pace necessary to suck viewers in. Below, he offers (spoiler-free!) insights on his work on the film.

Peterson: I was offered an interview with Chloe, the writer-director, for the position, as she responded to my previous work. We clicked during the interview and I knew it could be a great fit, as she wanted a strong voice in the editing room and was open to my ideas.

Filmmaker: In terms of advancing your film from its earliest assembly to your final cut, what were your goals as an editor? What elements of the film did you want to enhance, preserve, tease out or totally reshape?

Peterson: We started with a very strong script, so it was first bringing to life what was on the page. But with a complex film, especially one that wants to challenge the audience, we had to try a number of ways to address the tonal shifts and characters’ likability. The performances were another priority as the movie would live or die with them—and as some setups went as high as 13 takes, there was a lot to explore.

Filmmaker: How did you achieve these goals? What types of editing techniques, processes, or feedback screenings allowed this work to occur?

Peterson: Chloe had a very bold choice for how to bring the viewer into the movie and keep the tension throughout, so we experimented with sound design and music that provided the guide for our composer, Brian McOmber, and sound designer Ugo Derouard. It was a balance to keep the intensity but not overwhelm the audience while also allowing for things to still build. We did numerous test screenings throughout the editing process that were invaluable. With regards to the performances, I made sure that I focused on looks from each of the characters as much as I did on line readings. In any given scene I would have a bank of looks that I could turn to, which could subtly or drastically change the performance to help the scene.

Peterson: I started in film school and began editing anything I could get my hands on but also did P.A. work. I chose to become an assistant editor and learn all I could in that capacity before making the jump to editing. I’m most inspired when someone makes a choice in their work that surprises or confuses me—it’s been a great way to grow creatively as I make an effort to understand challenging art. I hope to help create something unique that can inspire the next generation.

Peterson: I use Avid because it’s the industry standard and I’ve become more comfortable using it than anything else I’ve tried. I’m not against other software, as it’s merely a tool, but Avid has done well for me to this point.

Peterson: One of the most difficult scenes to cut was the final scene with Campbell and Emily. It comes late in the movie and carries with it a delicate balance between what the characters say vs. what they mean. That balance has to also contend with an overall tension keeping the audience unsure what will happen. The coverage isn’t complex but to modulate the performances, guide the pace, and accommodate new lines meant we went through dozens upon dozens of versions. We would test the movie with a version of the scene we thought worked, only to realize that while solving one issue, we created another. It’s an example of how the hardest editing work will never show on the screen.

Peterson: There are a surprising number of VFX shots in this movie, as none of them call attention to themselves. Almost all were fixes of some kind, and I use split screens as a tool for ensuring any performance can be used even if there are other issues in the frame.

Peterson: We always knew if this movie was going to work it was going to be bigger than all of us. I hope it will spur conversation, disagreement and add to the larger discourse of relationship dynamics and gender norms. As for what I discovered, I thought this would welcome Phoebe as another unbelievable talent on the acting scene but was equally blown away by Alden’s performance. The movie plays much more as a two-hander between them than I thought when we started.