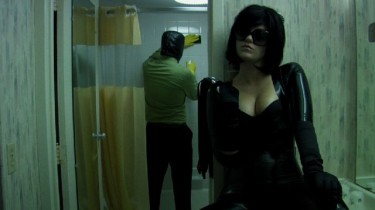 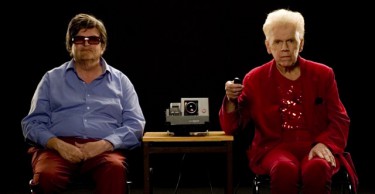 Since I’m used to covering the impersonal cattle drives of NYC’s big festivals, where the flicks too often play second fiddle to the events themselves, the “intimate” Pornfilmfestival Berlin, more sophisticated than sexy, felt like a back-to-basics oasis to me. Biding time between sold out screenings in the cozy filmmakers’ lounge at Moviemento, a small art house in hipster Kreuzberg that is also Germany’s oldest cinema, with its busy bar and homemade food, wasn’t an inconvenience but a delight. As were the wide-ranging yet high quality films, many of which like Modern Love, could easily play at more mainstream fests. I’m thinking of Marcus Lindeen’s Regretters, a truly eye-opening Swedish documentary that began life as a conversational theater piece — and shows it through artistry that also makes inventive use of a slide projector and period footage along with straightforward talking head interviews. Starring Orlando, one of the first Swedes to have a sex change in 1967, and Mikael, who waited until age 50 to have surgery in the mid-’90s, the two probe one another with a combination of hardball directness, heartfelt empathy and humor both hilarious and defiant to illuminate a taboo subject in the GLBT community. Now in their sixties, both regretted their choice to change gender immediately after the operation (and harbored doubts even before). 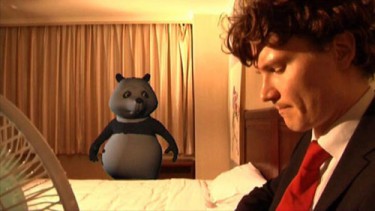