by Filmmaker Staff
in Sundance Responses
on Jan 28, 2011 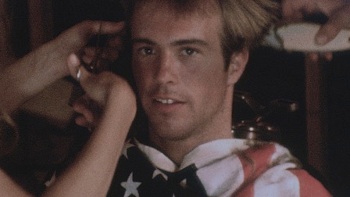 We initially thought that the film would be more conventional — the usual talking heads reflecting on the past. However, there was something so magical about the footage that cutting away from it to interviews of distant memories seemed wrong. Better, we discovered, to create a kind of archival immersion experience in which the footage would either live on its own or be commented upon by audio-tape recordings of Ken Kesey and the Merry Pranksters themselves. Many of these recordings were made closer to the time of the actual bus trip. The “trippers” would watch many hours of uncut film and reminisce and reflect on what they saw.

Inspired by these reflections, we have aimed to capture the spirit of the footage, which was mostly never seen before.