NEOFLIX CHARGED WITH NOT PAYING FILMMAKERS 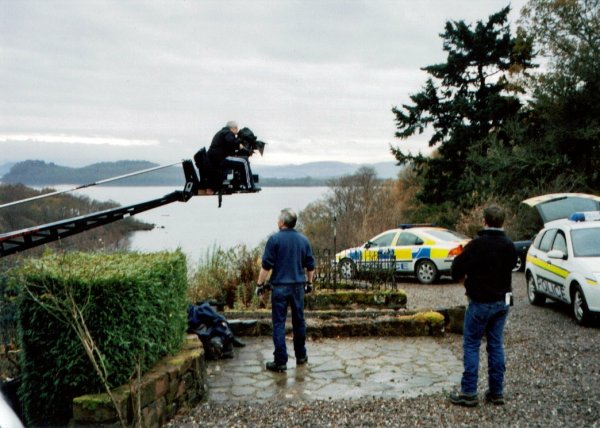 Neoflix, a fulfillment house used by many self-distributing independent filmmakers, has fallen severely behind on its payments, say filmmakers and producers who have contracted with the company. Today in a blog post, filmmaker and former Neoflix customer Jon Reiss writes, “I have received reports from a number of filmmakers that they have not been paid by Neoflix for months. Some filmmakers are owed hundreds, thousands and tens of thousands of dollars.” Separately, Filmmaker has also been contacted by filmmakers who say they are owed money by Neoflix. We have been told that discussions with the company throughout the Fall of 2010 regarding payment plans have not led to resolution.

Filmmaker readers will remember Neoflix from our Winter, 2010 issue. There, Reiss surveyed the landscape of fulfillment companies and recommended Neoflix. A quote from this article is prominently featured on the company’s home page. (Since learning of Neoflix’s problems, we have removed from this article one specific paragraph recommending them while we wait for further information to definitively revise it.) Efforts to reach Neoflix president J.C. (John Chang) and vice president Patrick Barry by phone and email today were unsuccessful (UPDATE: Read J.C.’s reaction).

In Reiss’s post, he mentions filmmaker and Neoflix customer Matthew Arnold. We contacted Arnold and asked him to tell us about his experiences with Neoflix. Here is an excerpt from his emailed response:

We started doing business with NeoFlix in 2008. We had an incredible first 18 months with them. At first they only took 10% of the sale. Eventually they raised it to 12%, but starting in 2010, the payments started coming in slowly. We were being sent accounting statements, but we weren’t receiving any checks in the mail. We emailed them an average of every three weeks since July. When they did respond, we were told the reason for the delays was personel changes. The emails continued to be ignored. Our sales continued to get processed to our customers, but the checks [to us] were never cut.

We feel like the victims of Bernie Madoff’s Ponzi scheme. We were sent accounting statements that showed what we were owed, and we made business decisions based on the incoming funds — the funds [that] still haven’t arrived. We’ve been producing another film, and depending on that money from the first film to pay for the second, but we’ve been left out in the cold.

One can’t help to wonder where the money went. Neoflix wasn’t even storing or shipping the goods — they hired a third party called iPak to handle all of that business. To date, neither the filmmakers nor iPak have been paid.

With permission, I am reprinting Reiss’s blog post below, and we will continue to update Filmmaker readers on this story as more information becomes available.

For those of you who have read my book Think Outside the Box Office and my Filmmaker Magazine article on fulfillment from last winter, know that I thought highly of the shopping cart and fulfillment company Neoflix. I used them for Bomb It and had a good experience with them. I also liked what seemed to be an honest commitment to independent film and DIY solutions for filmmakers. The head of the company JC seemed genuinely interested in helping filmmakers.

I am deeply saddened and disturbed that this has turned sour. I have received reports from a number of filmmakers that they have not been paid by Neoflix for months. Some filmmakers are owed hundreds, thousands and tens of thousands of dollars. When I discussed the situation with JC he indicated that in fact they were having financial problems, were trying to make payment plans with filmmakers and that they had not taken on new clients since September. Most importantly he was trying to raise a round of capital for a new venture that would help them pay back filmmakers. I have not heard that they have yet raised that money.

Today I received a report that the company that Neoflix actually subcontracted out to do the fulfillment of goods. I-Pak has also had financial difficulties with Neoflix and has requested that any filmmaker who has used Neoflix remove their goods from their warehouse by March 1st. If you use Neoflix – you can either contact Patrick Barry — Neoflix’s VP and GM at pbarry@magicrock.com or you can contact I Pak customer service directly at: customer-support@i-pakdvd.com. (I Pak is still a fulfillment company and some filmmakers might want to switch to their services to save the cost of shipping their goods back to them — however considering the circumstances I find this unlikely).

Secondly, one of the filmmakers affected adversely by the Neoflix situation, Matthew Arnold (director of Legends of La La) has started a survey of filmmakers who have used Neoflix – asking them how much money they lost, when they last got paid, if customers received their orders and other questions. You can find the survey here.

Finally is the task of finding a new fulfillment companies for filmmakers to use — not just those who are leaving Neoflix but for all filmmakers. I have continued to hear good things about Transmit Media who I included in the Filmmaker Magazine article. Breakthrough Distribution is another company to work with (they work directly with Transmit) concerning replication and fulfillment needs.I did have a very good experience with 4th Way Fulfillment who I also wrote about in that article, but I would still say that 4th Way is mainly an option if you are going to sell lots of merchandise. I recently met a filmmaker who has had great success with Fulfillment by Amazon. He has promised me a guest blog post so stay tuned for that. Topspin is opening their doors in March and they have some technology that looks very exciting. Topspin is probably best used in advance of a films release and then through the release as opposed to the end of a release. (I switched Bomb It and Think Outside the Box Office over to Topspin in August of 2010 in order to do a test run on that new platform — I will be writing more about Topspin in the near future.) Sheri Candler has wrote a good intro review of Topspin last fall in Microfilmmaker Magazine.

Finally, I have also spoken to many filmmakers who do their own fulfillment. They take orders through PayPal and then pick pack and ship themselves. If you are not selling that many DVDs a month (and perhaps only selling DVDs) this might be the best option for you.

I am going to investigate more fulfillment options in the coming month. I would love to hear what other companies you might be using and what your experiences have been so as to build out a better list of companies. If you have suggestions or would like more information on the Neoflix situation please contact me through my blog or at hybridcinema@gmail.com.