In Rainbows, Michael Mohan, one too many mornings, Radiohead, The King of Limbs 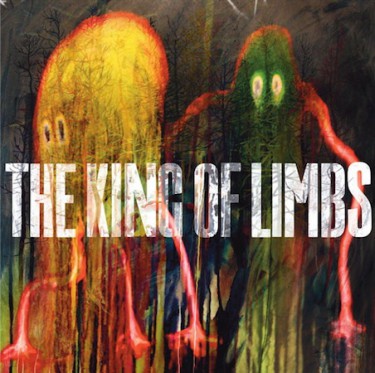 A couple of years ago at a film panel discussion I had to smile at the irony of a $600/hour entertainment attorney solemnly intoning to an audience questioner that his indie-film revenue issues would be solved if he embraced “the Radiohead model.” That is, if the filmmaker decided, like the English superstar band did with their album In Rainbows, to allow fans to pay what they want, even if that was only a penny.

But that was back when free was the thing. Indeed, while others had previously experimented with such pricing models, that Radiohead did so with one of their most eagerly awaited (and best) albums seemed to herald not only a new pricing model but a a new marketing model, one that reached out to new fans while trusting the fairness of old ones.

So yesterday, while I was still enjoying Winn Butler’s “what the hell?!?” Grammy moment from the night before, I was pleasantly surprised to read that Radiohead had announced a new album, The King of Limbs, available for pre-order now. The digital version comes out Saturday and a deluxe, art-drenched version of what the band is calling “the world’s first newspaper album” arrives end of March. Being a fan, I clicked and ordered the MP3 version (I’ve got too much stuff in my apartment these days, so the fancy collector’s edition is not for me.) I paid $9 bucks, which, because I had a small balance in my PayPal account that I had forgotten about, I didn’t even notice.) Yeah, I paid less for In Rainbows, but they’re a great band and I’m sure the album will be worth it. It’s cheaper than iTunes and less skeezy than BitTorrent’ing it.

In announcing the album, Pitchfork wrote:

So Radiohead have set aside the “pay what you want” patronage model that dominated the conversation surrounding the In Rainbows release, yet have retained that album’s more important business aspects: Packaging their music as a high-end collectable and controlling and monetizing its leak, which has the effect of creating what these days is a rare, worldwide, collective listening experience. Once again, we all know exactly when we’re first able to hear a new Radiohead record and therefore will largely all experience it together, something almost completely lost in today’s pop music landscape. This in effect is also what Kanye West did so successfully with his G.O.O.D. Friday project.

This Radiohead news followed a number of industry wrap-ups about the stellar acquisitions environment at Sundance. Almost 40 films were sold to a raft of distributors, both established and new. Interestingly, though, the business-model innovation at Sundance this year was largely on the front-end (there were films that used Kickstarter to fundraise, and the Sundance Institute announced an alliance with the crowdsourcing platform) and on the exhibition side (transmedia projects like Lance Weiler’s Pandemic 2.0). As far as I can tell, with the exception of a new group of filmmakers (Michael Tully with Septien, Joe Swanberg with Uncle Kent) going day-and-date with IFC, no filmmaker tried doing what Mike Mohan did last year with his One Too Many Mornings — using the fest as a DIY launchpad. Who am I missing? Have indie filmmakers, like Radiohead, abandoned the “Radiohead model” of sales experimentation in favor of traditional sales and advances?