by Scott Macaulay
in Around Austin, Filmmaking
on Mar 12, 2011 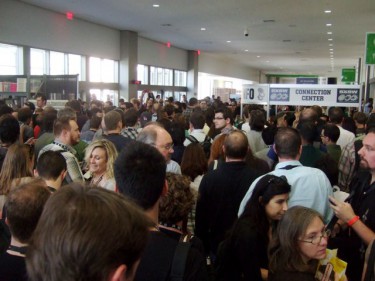 The first day at SXSW, the 4th floor. “What’s this line for?” I asked the woman standing next to me. “No idea,” she said. But it wasn’t a line for anything. The crowd was just there. And as I pushed my way through, it slowly started to dissipate. It was like one of those highway slowdowns, where the memory of congestion lingers after whatever caused it. 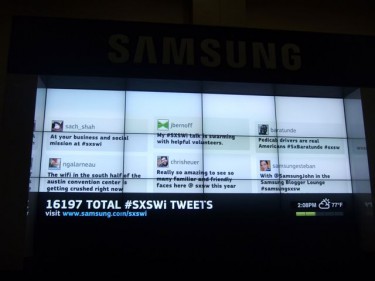 If you’re going to sponsor a festival, at least do something useful, like this rolling Samsung display of panel times, schedule changes and social media activity. 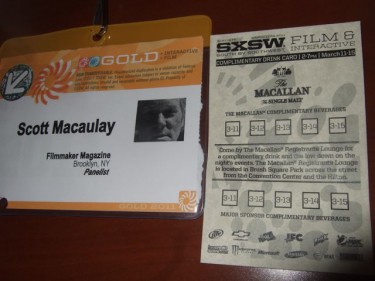 When you check into SXSW, you’re given three things: the catalog, your badge, and a punch card giving you one free Macallan single malt a day. 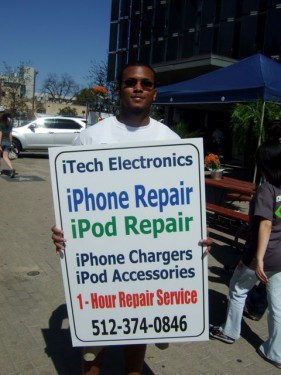 I have wished there was one of these guys — except promising Blackberry repair — at Sundance. 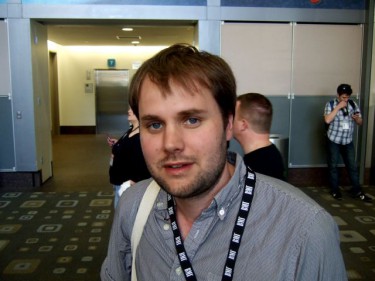 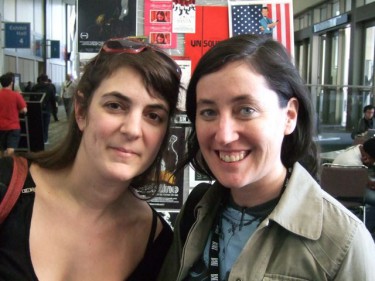 Well known publicist Jessica Edwards, left, is here at SXSW as a director. She’s made Tugs, a documentary short about the New York City harbor. At right is Austin filmmaker Heather Courtney, whose documentary Where Soldiers Come From, world premieres here. 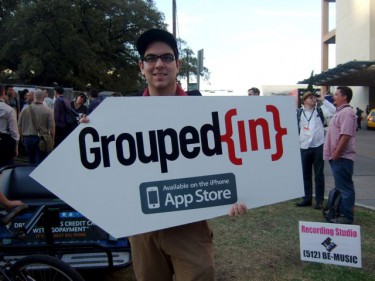 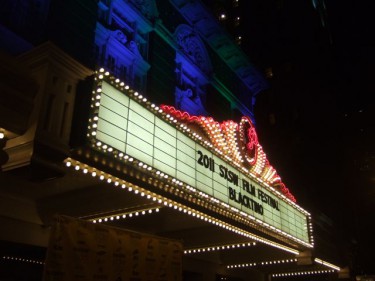 The Paramount marquee before the premiere of Austin filmmaker Aaron Burns’ blacktino. (Filmmakers, remember that when you go all e.e. cummings with your titles your signage will invariably be wrong.) 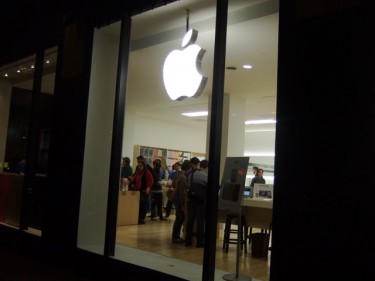 On my way to the premiere of Source Code, the line at the Apple pop-up store was around the block. Afterwards, still a line and they were still selling new iPad 2s. 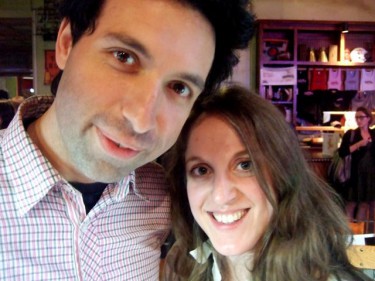