ANTICIPATION OF THE NIGHT: LOOKING AHEAD TO THE CANNES FILM FESTIVAL

Nuri Bilge Ceylon's "Once Upon a time in Anatolia"

In a time zone six hours away, the espresso is stockpiled. The line-up is out. The hotels are booked. The contestants are in their corners. It’s time for the industry’s storied annual trade show/summer camp, the Cannes Film Festival. Actors, producers and executives will tend to prioritize networking events, while film programmers, distributors and journalists will gorge on films until the juice runs down their faces. I plan to gobble movies until my eyes glaze over, flickering like bionic screens.

A colleague recently complained about the tendency of festival goers to refer to films not by title but by the director’s name, which strikes him as pretentious. For instance, as avid fans and Filmmaker readers are discovering, trailers and teaser clips have already trickled online for hot-ticket items like The Terrance Malick (Tree of Life), The Lars von Trier (Melancholia) and The Pedro Almodovar (The Skin that I Live In). (Click the links to see the trailers for yourself, and let us know what your think in the comments section below. For me, these inspire an icy finger of fear–-surely the new films from these contemporary auteurs are not as bad as their trailers make them look appear?) 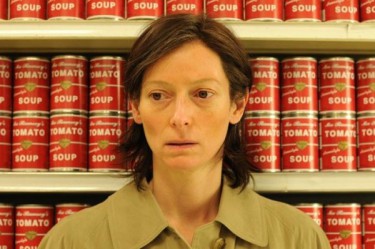 Lynne Ramsays's "We Need to Talk About Kevin"

In defense of, ahem, anyone who would do such a thing, may I plead poor memory and poorer pronunciation? For example, loyalists affectionately know one of the most anticipated films in the festival as The Lynne Ramsay. The actual title is… There’s Something About Kevin? Let’s Talk About Kevin? What We Talk About When We Talk About Kevin? Make that, We Need to Talk About Kevin. Not only does the director-moniker nickname avoid confusion and inaccuracy, it also offers the pleasure of remembering, each time one mentions a new and unknown work, the cinematic pleasures that director created before. The previous Lynne Ramsays are Ratcatcher (1999) and Morvern Callar (2002), both brilliant and beloved favorites.

Another film whose presence on the Official Competition slate made my pulse quicken was The Aki Kaurismaki (Le Havre). This is the second time that the deadpan Finnish filmmaker has worked in France, after La vie de bohème (1992). The new film brings him to the port town to which my middle school French class once traveled, so I can assure even the most ardent of the anti-The clan that attempting to pronounce this film’s title will only elicit a confused chorus of “Huh?” and “God Bless You.”

A third film I’m looking forward to is The Nuri Bilge Ceylon (Once Upon a Time in Anatolia). The Turkish director has the power to knock off critics’ collective socks, as he did with works including The Bilge Ceylon of 2006 (Climates) and 2003 (Distant), two of my favorites. The Gus van Sant (Restless) is playing in the Certain Regard section, while The Dardennes (The Kid with the Bike) in Official Competition is poised to give other entries films a run for their money. 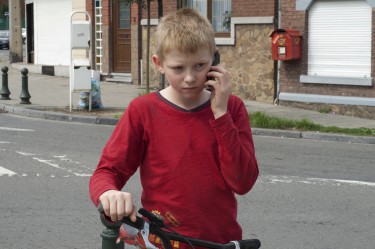 Jean-Pierre and Luc Dardenne's "The Kid with a Bike"

But the best films at Cannes are the surprises, the ones that creep up on you without warning like a thief in the night. Which will have my heart? Will it be a film with an unpronounceable name or one from a land far away? Will it be a genre pic hidden in the Market section, not prestigious enough to rate an official berth at all? Or will it be a “The” film, by a director who has already proven him or herself capable of greatness–a film whose quality is, in the immortal words of Addison de Witt, “nothing more than a promise fulfilled”? Stay tuned to Filmmaker Magazine for reports throughout the festival. In a time zone six hours away, there’s espresso that needs to be put to good use.