“THIS IS NOT A FILM” AND MORE: IRANIAN CINEMA AT THE CANNES FILM FESTIVAL 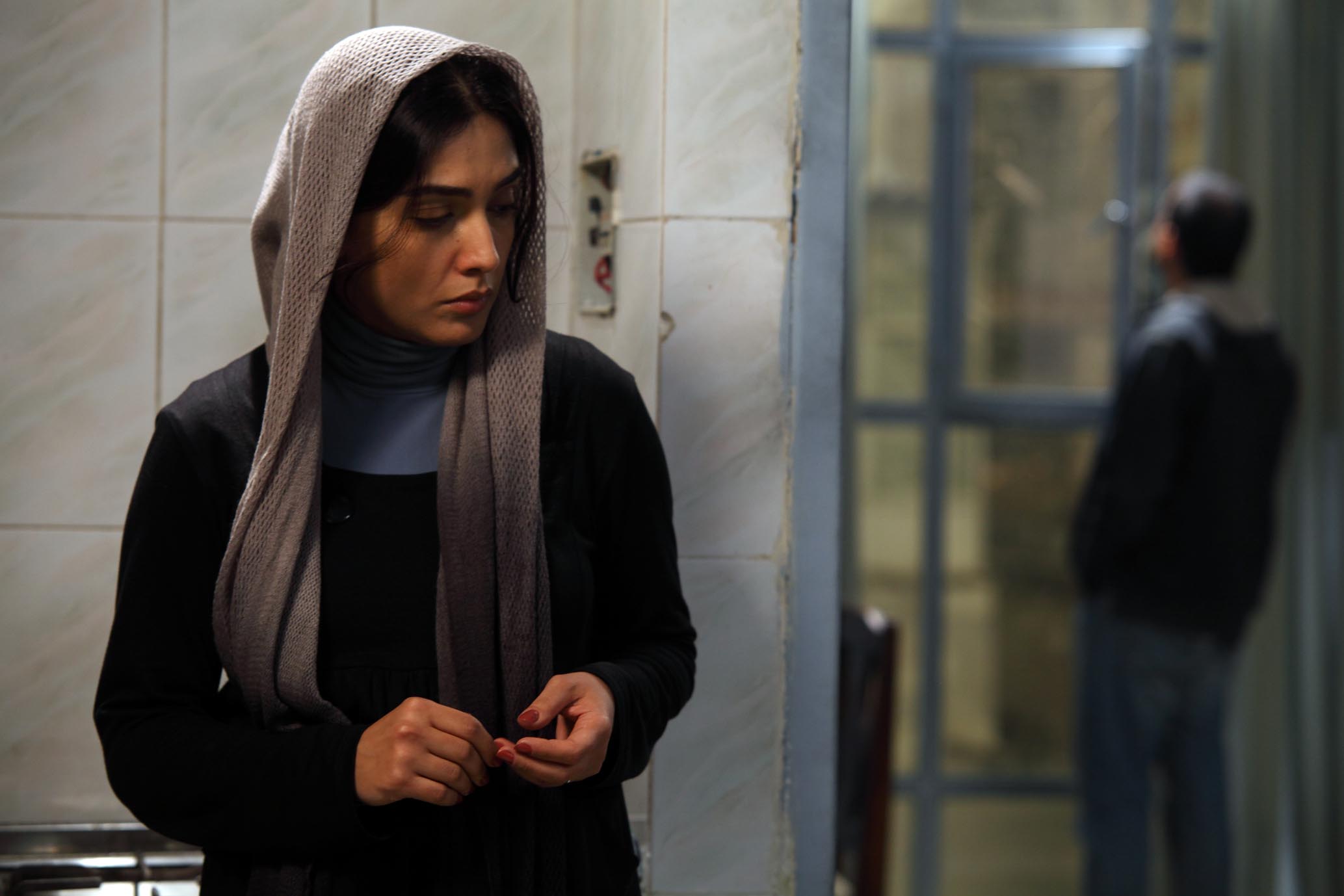 When is a film not a film? In one of the triumphs of this year’s Cannes Film Festival, the remarkable documentary This is Not A Film, by Jafar Panahi and Mojtaba Mirtahmasb, asks this question and more as it portrays, diary-like, a day in Panahi’s life awaiting trial at his home in Tehran. Panahi talks on the phone with friends, illustrates with tape the boundaries of a future film set, chats with a garbage man who has just earned his Masters degree, and is kept company by his daughter’s free-roaming and giant pet lizard, Igi. If one is forbidden by law to make movies for 20 years, if one but sits in front of another’s camera, if one merely reads a vivid script aloud, does a word like “director” still have meaning?

Well-known to cinephiles for works including The White Balloon (winner of Cannes’ Golden Camera Award for Best First Film), The Circle (2000) (winner of Venice’s Golden Lion Award), and Offside (2006) (winner of Berlin’s Silver Bear Award), Panahi has been the subject of rumor, speculation and international concern over of the of the last year. In connection with a planned project about the controversial 2009 re-election of President Mahmoud Ahmadinejad, Panahi was arrested in March 2010 on propaganda charges.

Contrary to many reports, including those published by The New York Times and The Hollywood Reporter, Panahi was not under house arrest while making the film, nor is he currently in prison. According to co-director Mirtahmasb, who is in attendance at the Festival, Panahi currently is–and was during filmming–allowed to travel anywhere he wishes within Iran’s borders. On December 10, 2010, ten months after his arrest, Panahi was finally sentenced to six years in prison. He was also forbidden, for the next 20 years, to give interviews, make movies, write scripts, or travel outside the country. That sentance is being appealed, as Panahi discusses on the phone with his spirited lawyer during the film, and a prison term will not begin until after the appeal process is completed. The film was made after Panahi’s sentencing in December, and it includes footage from Nowruz, the Persian New Year’s celebration, which is held in March. While awaiting appeal, Panahi must remain within his country’s borders.

In the meantime, Panahi has been invited to serve on numerous juries, including here at Cannes in this year’s Director’s Fortnight section. Since he could not travel out of Iran, a chair in the centerof the Fortnight theater was kept empty for him and marked with his name at all screenings. Although Panahi is not here in person, he is very much here in spirit. The film’s title makes reference to René Magritte’s masterpiece of surrealism: a painting of pipe inscribed with the phrase “This is Not A Pipe.” Magritte’s piece was only a representation of a pipe, not a pipe itself; likewise This is Not A Film questions the boundaries between the literal and figurative; shot entirely on video, by strict definitions, it can be argued that this work isn’t technically a film. But if it’s not a film, and if it was made before Panahi’s sentance begins and is therefore not contraband, then why was it taken out of Tehran in a manner so dramatic it could be the subject of a film itself? According to Serge Toubiana, dirctor of the Cinémathèque française and moderator of the film’s press conference, a woman smuggled it into France a tiny USB thumb drive hidden inside a cake. 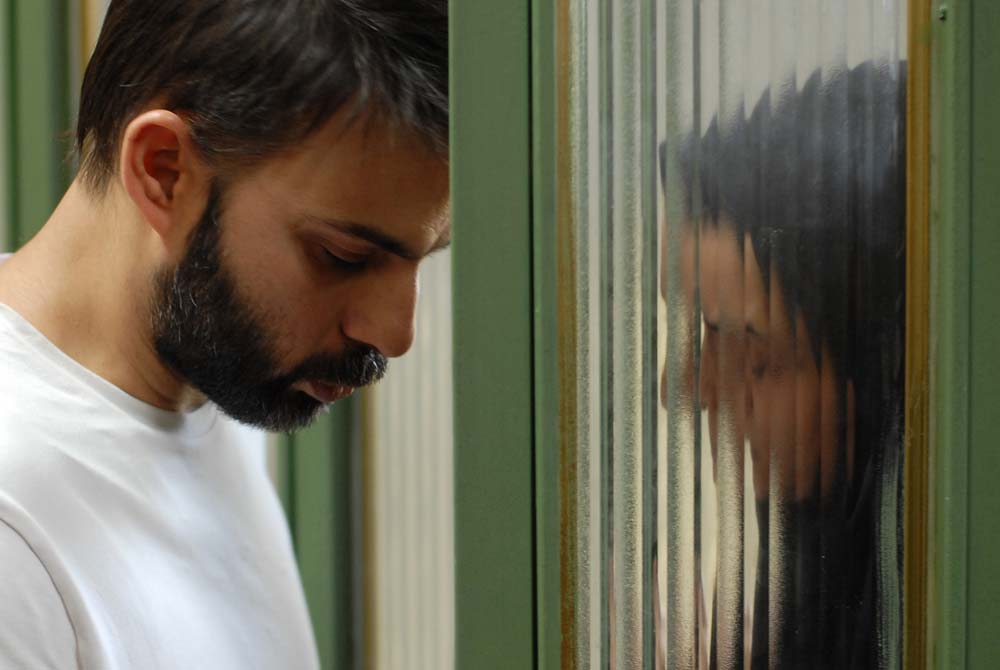 "Nader and Simin, A Separation" by Ashgar Fahadi

Another extraordinary Iranian film that made a far less heralded appearance at this year’s Cannes Film Festival was Nader and Simin, A Separation by Asghar Farhadi. The film’s low profile was a result of great previous success: it  premiered at the Berlin Film Festival earlier this year, where it was the first Iranian film to with that festival’s highest honor, the Golden Bear, while its ensemble of actors collectively won the Silver Bear for Best Actor and its ensemble of actresses won the Silver Bear for Best Actress. You can look for it soon in a theater near you: A Separation was then scooped up for distribution in the US by Sony Pictures Classics for a rumored seven-figure sum, right out from under the noses of two other prominant US distributors who were vying for the film. Like This is Not A Film, A Separation is the story about a legal dispute: a husband and wife disagree on whether to emigrate from Iran. Refused a divorce, they separate and hire a poor religious woman, Razieh, to tend to the husband’s sweet, senile grandfather. Complications from that decision lead to yet another protracted legal battle that grows to involve Razieh’s husband, the couple’s teenaged daughter, and an assortment of other characters. An ensemble film whose collective bustle and quick agile pacing is reminiscent of Abdellatif Kechiche’s The Secret of the Grain (2007),  the performances that Farhadi elicits are  remarkable. Each character is carefully drawn, and together they create a film teaming with life, in all its messy, well-intentioned contradictions.

Finally, Mohammad Rasoulof, an Iranian director accused and sentanced along with Panahi, directed Goodbye (Be Omid e Didar), another of the strongest works here at the Cannes Film Festival. Where Panahi’s work is ironic and personal, and Farhadi’s is naturalistic and full of life, Rasoulof’s film is defined by eerie, deceptive calm. The story of a solitary female lawyer named Noora (gracefully played Lelya Zareh), who schemes for ways to leave the country, Goodbye sneaks up on viewers and creates a scathing political critique, one of the most explict in recent Iranian cinema. Noora’s life is simultaneously terrifying and deadly boring. Her law license is revoked, her cable television is disconnected, and the phone calls she gets from husband, hiding in the South to continue his controversial journalism, are few and far between. Noora has little to do but dream and plan her escape, and though her visage remains calm, below the surface we can speculate about an her inner life of tumoil and paranoia. The definition of a film may be up for grabs, but the power these works hold isn’t up for debate.