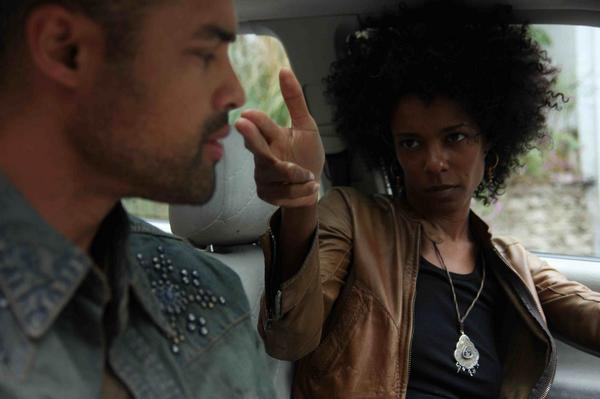 by Brandon Harris
in Director Interviews
on Jun 8, 2011 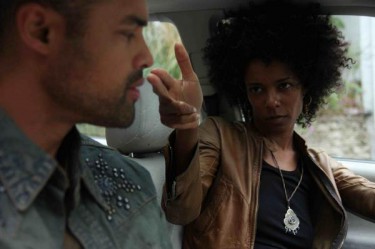 Three years ago Sundance played host to Mia Trachinger’s weird, beguiling take on the low-fi, sci-fi dystopia genre, Reversion. Odd, playful, melancholy and ultimately riveting, it bounced around the fest circuit for the past couple of years without finding a home with specialty distributors, perhaps a sign of just how ahead of its time it was. A couple of years later Sundance began its NEXT section, a category for films just like Reversion; adventurous, low budget mindbenders, genre deconstructions and idiosyncratic visions that SXSW would normally be the target destination for. Trachinger, whose Bunny was a success of the festival circuit in 2000, shot Reversion in low end, pre-SLR HD, but with ideas and concepts that more than make up for its homemade fell. Like Alphaville or Code 46, the film visits a future that resembles the present, with ordinary spaces (in this case, East Hollywood) dominated by bizarre social pathologies, technological dislocation, the erosion of conventional morality, and a sub caste of outsiders afflicted with a strange, debilitating ability to see into their own futures. The picture avoids exposition altogether, throwing us right into the chaotic life of its protagonist Eva. Played by the lovely, startling Leslie Silva, who would have been 2008’s dusky answer to Brit Marling in a fairer universe, Eva spends her time stealing cars, guns and food when she isn’t haunted by visions of a murder she can’t help but commit. That the future victim is her boyfriend, also afflicted with the prophetic syndrome, sustains the narrative with some tension, while the movie sifts through with great earnestness the philosophical and ideological issues raised by the narrative.

In this way, Reversion presents an allegory for the inability of post-modern Americans to prevent themselves from contributing to their own demise. Deluged with information about the myriad ways in which we, in collusion with our gutless leaders in Washington, are polluting the Earth, destroying our international reputation with needless wars and are increasingly susceptible to disease, famine and terror, most Americans (and perhaps most humans) find themselves resigned to an increasingly bleak outlook on the future of the planet. Like Children of Men or Time of the Wolf, albeit on a much smaller scale, Reversion shows us what happens in a world devoid of hope, where men find themselves reverting to their most animalistic, ungovernable impulses. 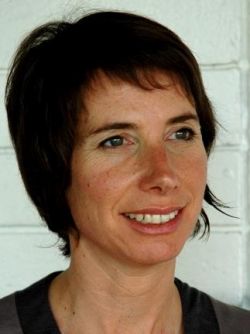 Filmmaker: Your film continues a long tradition of arty, thought provoking, dystopian low-fi sci-fi. I can’t help but think of Godard’s Alphaville whenever I see it.

Trachinger: You hit the nail on the head with Alphaville.  Alphaville was an inspiration to me even before I saw it. A friend of mine described having seen it in a UC Berkeley film class and just the idea of a ’65 Mustang being driven around Paris symbolizing a rocket ship, that in of itself was exciting. In terms of low-fi sci-fi, it’s something I’ve been interested in since my first films without really realizing it: showing the ordinary and then adding one extraordinary element to throw everything into a new perspective. It’s something I’ve tried to do in all of my work. In Reversion, its showing the everyday life of people in East Hollywood, only they are living without a sense of time. What would that mean? I think it allows for a little more self-reflection than if I had them on a spaceship.

Filmmaker: How did you meet and begin to work with Leslie Silva? She’s a striking presence in the film and I think in many ways give the audience an emotional route into the film’s rather heady thematic ideas.

Trachinger: We met Leslie through the casting process. We looked far and wide. Leslie was immediately captivating. She was so arresting that after her audition, the casting director Elizabeth Campbell and I were speechless. Leslie ran out and I had to send Elizabeth running after her so we could get more information.Leslie has this beautiful, catlike quality that I thought would be perfect for Eva and she also has this thing about her, where she is both open and closed at the same time, open to the experience but also able to put up a front, which is perfect for Eva’s character.

In terms of directing,  I talked a lot about the noise and the dirt and what sort of armor you’d carry around when you’re basically living in the street. There were interesting conversations about “time”, ones I’m not sure I’ll ever have again with an actor – about knowing the future and how does that color how you see the past and your present circumstances? What do I know at this moment in this scene and where does this scene take place in time? Those conversation were both hilarious and quite complex. The main thing I said about the future was that for her character, the future was like our memory. We don’t remember all of our experiences, but we remember some. Our best friend might remember the lunch we had last week, but we might not. So our idea was that some people can know or “remember” the future better than others, just as some people have better memories of the past than we do.

Filmmaker: The film has a really dynamic, unique editing style and after seeing your most recent cut I see its changed significantly since it appeared at Sundance ’08. How has it evolved during its festival run? I think it’s both more elliptical, yet more focused, as well as being much shorter now than the version I saw at the Eygptian that winter.

Trachinger: We were trying to emerge the audience in an experience of timelessness. I was inspired by how music is remixed.  If time were like a river and past, present and future were all one, how could we edit the film to reflect that? We could move ahead and then jump back and loop. To me that was really exciting. I enjoy seeing films where I’m introduced into a world and then I slowly understand it as the story unfolds. So, I was trying to push the envelope with that sort of idea. The film was made in a fervor where I was grapping with anger over the Bush administration. It feels like a long time ago. There was commentary within that first cut about the frustrations with that administration, not so much directly…

Filmmaker: Do you see it as a political film?

Trachinger: I see it as inspired by politics. It’s the first time I’ve worked from outside like that. Usually my films are more personally driven, although I guess my anger is personal [laughs]. So I made the film and people responded to it politically at the time. Then Obama was elected and things seemed like they could really change, this is all happening while we’re on the festival circuit with the film, and meanwhile it dawned on many of us that our country’s inability to move forward has less to do with this administration or that one, as it does with a sort of endemic, institutionalized roadblocks.

Filmmaker: There doesn’t seem to be political solutions to many things we know are significant problems on the horizon, be it the environment, global warming, public and private debt, the sustainability of entitlements, etc.

Trachinger: Exactly. What you and I are talking about is the government, but I took it to a level of, individuals being unable to come to any sort of solutions or any decisions to act. What if we did that on a personal level all the time? What if we entered a parking lot and we used that same sort of lack of care for the future and concern for the past to park our car? There would be no rules, it would be each person for themselves. We wouldn’t be able to deal with any imminent problems, we wouldn’t be able to learn anything from the past. What would that mean for society, how would we continue to function?

Filmmaker: One scene that really suggests that moral ambivalence you’re getting at is when Eva glimpses her housemate choke another one of the housemates to death in the pool. You sense her desire to have an emotional response, but she sort of can’t bring herself to.

Trachinger: To a large extent its about a loss of perspective. If experience doesn’t garner any value and concern for the future doesn’t motivate you than everything is a wash. The fact that Eva even speaks out at that moment, albeit casually, to say “hey, you should stop,”  is part of her metamorphosis.

Filmmaker: You hint at that sort of societal, emotional malaise earlier in the film, but that’s the moment when it really crystalizes for me. The utter lack of empathy everyone seems to be experiencing makes of a piece with the recent slate of post-apocalyptic movies as well, where the apocalypse is a much one of the soul as it is the natural world.

Trachinger: It’s living without consequences. If there aren’t any consequences, what do you do? Getting back to the political side of this, I really think when our leaders fail to engage large issues, it sends a message to the rest of us. Either those issues aren’t significant or, more likely, they’re just too large to grapple with. So we should just make them not matter somehow [laughs].