When Should You Call Bulls@#t ? 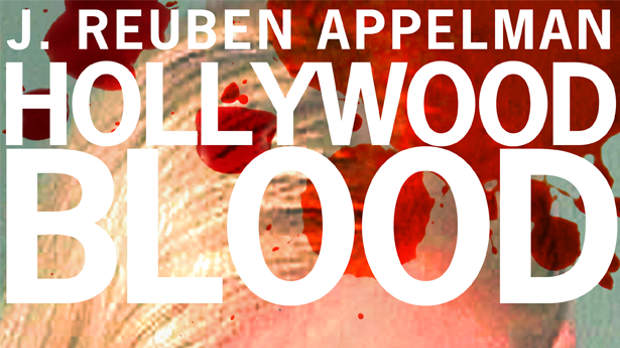 by Gregorybayne
in Filmmaking
on Sep 5, 2011

I’ve been pondering Scott Macaulay‘s post WHEN SHOULD YOU GIVE UP? as it’s a question I’ve asked of myself on several occasions, quite recently even. It’s a question that hangs heavy on the psyche of anyone with a will to create and grow beyond the confines of their own feeble inheritance. I know this because I know that anyone who has ever made any attempt to do, or create, or make, anything, ever, has failed. Many times miserably and likely to the point where it feels as if hope has not just vanished from the horizon, but has finally revealed itself to be the self projected mirage it truly was.

When should you give up? It’s a scary question. It’s a question that by simply asking it, you’ve admitted to failing on some level… and that sucks. Over the years though, I’ve come to realize there is a question that precedes this one. It’s an equally honest, pragmatic and logical question in the face of presumed failure, impasse or impending doom. It’s this. When Should You Call Bulls@#t?

Don’t mistake this as a ‘fight the power’ fueled question, I mean it goes there for sure, but the first bulls@#t to call out is your own. Our biggest threat to individual growth as artists and to achieving any level of success in our careers is often times rooted in our complete lack of objectivity. About our work, about our abilities, and so many times, about the full scope of what it actually takes to create, complete and ultimately share our work with others.

Look, here’s the hard truth. Your movie most likely sucks. If it’s genuinely your first film, and you’ve yet to live, therefore been beaten up by, life, and aren’t some one in a million filmmaking savant, yes, it’s probably garbage. Your friends and family aren’t going to say it to your face, so I will. Trash it, move on. Hopefully you at least had the sense to not spend too much on it.

Over the past 2 decades, I have personally made 4 ‘first’ features, before finally landing on the one I’d show others and call my ‘first’. The very first one, shot in ’95 at age 22, absolutely sucked, and to varying degrees those that followed did as well. Why? Because I did not yet have the cognitive sense to call bulls@#t on myself. On the overly derivative nature of my early work, on my infantile storytelling skills, or on my inability to follow my gut instincts and work at fostering my own voice instead of trying to emulate someone else’s. I so desperately wanted to ‘make it’, whatever that meant, that I lost all objectivity about the work and effectively stunted my own growth… for years.

Slowly but surely though, through doing the work, completing works, and through working on other’s films I was able to finally learn the hard art of calling bulls@#t. I was lucky though. I was able to work and live through all my early failures before the advent of everything, everywhere, all the time, in public. Silent failures are hard to come by these days.

Knowing yourself, and by extension your work, is only one part of the equation though. Realizing its place, and yours, in the landscape of film and media is the other. The later is obviously not always up to you, nor can you always predict how your work will be met in the public arena, but you can make honest assessments that inform your approach to sharing it with others.

This seems to be the arena in which most makers once again lose all sense of objectivity. The film is done, the Sundance deadline looms, you obviously ‘have to’ send it to them. Sure, the emerging acceptance of the DIY aesthetic and ‘new’ distribution approaches are in vogue and you have your self-release, direct distribution, DIY, DIWO strategy in place, obviously… but, BUT, we’ll see how things go with Sundance first, or that other festival first, or those guys first, or whatever, because we still believe, right under the surface, that we’re that one in a million phenomenon that will be plucked from obscurity and thrust into fame and fortune.

Here’s the problem. Even if that does happen, which it likely won’t, but even if it does, you must recognize opportunity for what it is… simply the potential for you to create success, not a guarantee of it. Additionally, beyond those singular moments you will still have the entirety of your life and career to face just like everyone else does once that very fleeting limelight fades.

Your steps forward may sometimes be large, and sometimes will be marked by inclusion in spectacles such as Sundance or others, which is great and can be wonderful; but sometimes those steps will be small, and they’ll all be hard won and always fully dependent upon your own perseverance to move the needle. This is because, even though for a time it may not seem so, nobody fundamentally cares about your work or the sustainability of your career as much as you do. Everyone else has their own life to lead and worry about, their own stuff to work on, all while encountering the same deluge of media we all are… which makes for a very short attention span. Don’t take it personally, just accept our collective human nature. 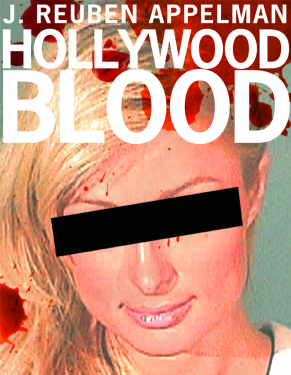 I recently read HOLLYWOOD BLOOD, which, among a rich tapestry of visceral and sometimes violent imagery, recounts a phenomenon dubbed the ‘film riots’. In reaction to one of the protagonist’s films people have taken to raiding the archives of major film studios, stealing and burning their films in the streets of LA. Decades of film history gone up in flames as 35mm film canisters burn in protest of a inaccessible machine that has long preyed upon the hearts and minds of many a naive artist begging for just a taste of its grandeur. An apropos metaphor for a time that demands the torching our long held notions about how things should be done, or how our careers should progress, in exchange for the recognition of the reality presented by an ever changing world that will no longer accept the old ways of thinking, or doing.

There is no ‘one’ path. Other’s successes are great to look at, ponder, and glean inspiration from, but ultimately not duplicatable. If you’re committed to the work, to doing it well, and have finally figured out that this is a relationship business, not a ‘what can they do for me’ business you’re probably on the road to something sustainable. It’s a hard line to tread, hustling your wares and being cool about it, but it’s a necessary balance to master if you want anyone to ever see or care about what it is you do.

Maybe there comes a time when some of us need to just call it quits, but for most of us, we just need to call out our own bulls@#t and begin seeing things as they truly are and proceed accordingly instead of continually coaxing ourselves into potentially destructive illusions.