by Howard Feinstein
in TIFF, TIFF Features
on Sep 7, 2011

The social network has made festival overviews easier to assemble. Besides the dvds that are made available in advance, several 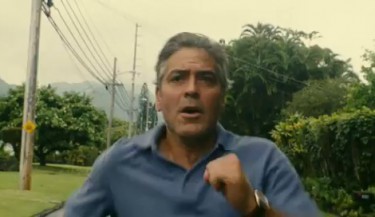 websites (Festival Scope, Cinando) make features available after their market premieres, which may have taken place at Festival A before their official screening at Festival B.

Doing the circuit certainly makes Toronto more manageable. Since it is not a competitive event (they don’t have to be, as some insist), a number of films have been shown elsewhere (Cannes, Berlin, Sundance), so you might have several titles under your belt without ever having a market badge. Some publicists send links and passwords to sites they’ve engaged to run their films. You could write about some fests without attending: I’ve done it.

It’s not easy to narrow down Toronto’s 258 features to the ones I’m most eager to see. You have to be careful with the world premieres, because many are Venice rejects. There are, however, some that slip through Venice’s net and introduce themselves to the film world at Toronto—although more and more, people select Toronto as the debut spot, the right place to aim at the North American market.

Let me note that Slovak filmmaker Martin Sulic’s Gypsy would have been on my list, except that one of those aforementioned websites had it available. It is well worth a see, a stunning narrative with a doc feel, about a Gypsy adolescent trying to come to terms with tradition in his home village. Anyway, the following get my anticipatory juices fizzing the most.

In Payne’s films, everyone–and everything–is fodder for satire, though the spoofs are affectionate. Even when parodied, characters are fleshed out, melancholy as well as funny, in the Billy Wilder tradition. Payne creates a special poignancy by successfully blurring the line between the humorous and the sad. The masks of comedy and tragedy overlap.

No matter that his protagonists usually pre-exist in the novels he adapts. After all, he chooses source material he responds to (he often says it chooses him). Now, seven years after Sideways, he returns with The Descendants (pictured above), based on the 2007 novel by Kaui Hart Hemmings. (After years of collaborating on screenplays with Jim Taylor, this time Payne shares writing credit with Nat Faxon and Jim Rush, althoughTaylor has a producing credit.) George Clooney, in what is said to be an understated performance, stars as Matt King, a wealthy Honolulu real-estate lawyer whose life changes overnight after his wife becomes comatose following a boating accident. Suddenly this oblivious father is forced to bond with his two rebellious daughters, one a teen, one a preteen. He also has to deal with an angry father-in-law. And then he finds out that his wife had been having an affair. On top of all that, he is forced to decide whether or not to sell for a tidy sum a vast plot of unspoiled ancestral land. Reality keeps poking holes in his bubble.

The New York Times labelled Hemmings’s book a tragicomedy, and distributor Fox Searchlight calls the movie a dramedy. (That word irks me, eh?) The plotlines do not holler, Funny! How does Payne meld comedy and pathos this time? Citizen Ruth, Election, About Schmidt, and Sideways leaned toward the comic. (For me the most affecting of all is his short in the omnibus film Paris Je t’aime.) In the book, much of the humor pivots around Matt, in the form of continuous rebuffs from his daughters. In a clip I’ve seen of a heavier Clooney running in circles outside his home, the comedy is physical.

The film does not take place in Nebraska or California wine country among lower-middle-class or laid-back characters, but in Hawaii among the privileged. Payne has always been able to put his finger on the pulse of the milieu where his films are set. Now that the locale and the socio-economics are different, will he succeed in capturing the right feel? Even with Clooney ostensibly in every scene, will The Descendants have the ensemble feel of, say, Sideways? Payne is an unobtrusive director who gives his actors a lot of space. Should the movie as a whole not work, the performances would make this a film well worth a look. The first reviews from Telluride are gushing.

UFO in Her Eyes / Guo Xiaolu

"UFO in Her Eyes," by Guo Xiaolu

Another film adaptation of a book, but this time the director and author are one and the same. Guo, who grew up in a Chinese village but now resides in London, is a cerebral satirist, the comedy in her work dark. She divided her doc Once Upon a Time Proletarian into 12 chapters, alternating scenes of young children telling jokes and laughing with stories about the newly rich and opportunistic that are far from happy, or she placed them next to interviews with people still attached to the naïve collective idealism of the Maoist past.

Once Upon a Time Proletarian is about contradictions in the new China, done in a non-linear style from multiple points of view. Even in We Went to Wonderland, a doc about her parents travelling for the first time around London, we experience the action from their vantage point as fish out of water as well as from a more objective point of view, observing their attempts to negotiate this strange environment.

UFO in Her Eyes is a fiction, also about the new China. Multiple points of view? Guo says she was inspired by Kurosawa’s Rashomon and Kafka’s The Metamorphosis. She says that many of the older people who lived under Communism and now a capitalism they don’t understand feel shut out. The storyline: A village woman, Kwok Yun, lives an ordinary life until she sees what she thinks is a UFO in the sky. The village chief exploits her. She becomes a celebrity and the community a place of pilgrimage–in reality, of course, a place for outsiders to spend money, as well as a place that might merit government support.

Blending documentary and fiction is all the rage at the moment. Some films that mix them feel false, overly self-conscious. Guo’s literary and film output reflects an intuition and intellect that naturally entwine the two. Whether she succeeds in UFO in Her Eyes piques my interest.

How can you not be excited about seeing the second film made by Oren Moverman, who directed and co-wrote The Messenger, not 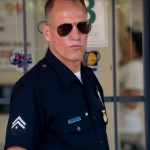 to mention having written the screenplay for Jesus’s Son and co-written I’m Not There? In addition, the new film is from a script by James Ellroy that Moverman revised. And Rampart reunites the principals—actors, director, and producer—from The Messenger. (Ben Foster produces and has a small supporting role.)

Woody Harrelson once again plays a man in uniform, this time Dave Brown, a roguish cop in the LAPD in the early ‘90s who, on account of a corruption scandal in his Rampart division, comes under personal and professional scrutiny. The film could be termed a road movie in which the protagonist travels from person to person rather than place to place. Among the destinations are ex-wives, daughters, a mentor, an investigator, a deputy district attorney, a lover, and a homeless man.

That these characters are played by such fine performers as Foster, Cynthia Nixon, Sigourney Weaver, Ice Cube, Anne Heche, Robin Wright, and Ned Beatty adds to the film’s promise. Watching the movie also affords the opportunity to experience the results of Moverman’s rehearsal method, although non-rehearsal method is a more accurate description: He works individually with each actor, then throws the lot together for the shoot.

Does the film live up to Toronto programmer Cameron Bailey’s comparison to the LA films of Michael Mann, but “with (Moverman’s) own visual and sonic environment?” Oy Canada!