“I Believe in a Holistic Approach to World Building”: Sophie Jarvis on her TIFF-Debuting Psychological Drama Until Branches Bend 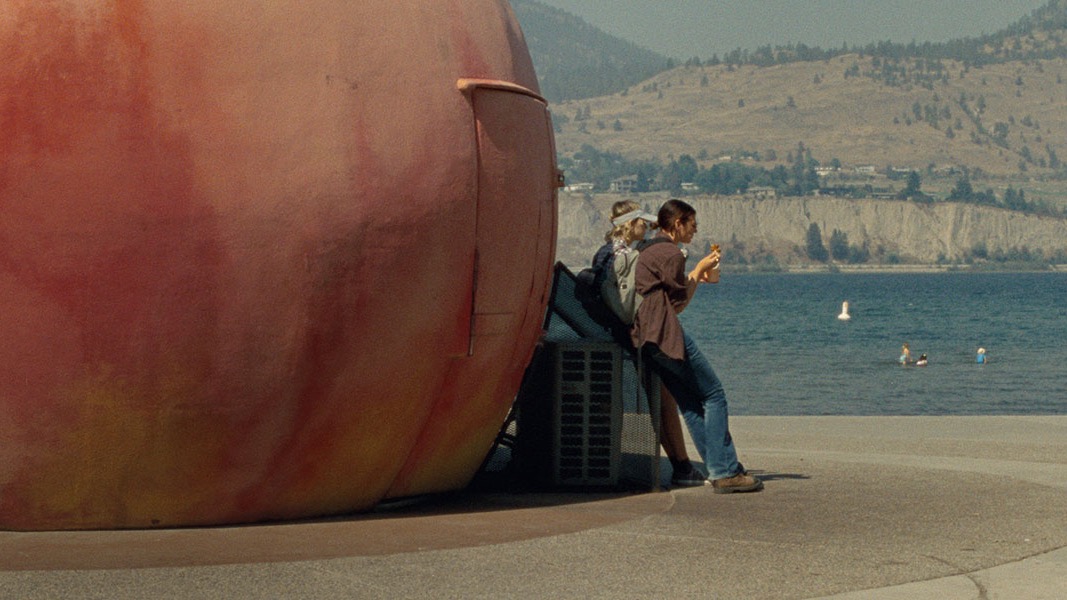 Veteran production designer Sophie Jarvis’s assured feature debut Until Branches Bend is one smartly executed, unexpected gem. Premiering in the Discovery section of this year’s TIFF, the psychological drama (really a contemporary horror film) follows a cannery worker named Robin (2016 TIFF Rising Star Grace Glowicki) whose life is upended after discovering a creepy bug in a peach while (conveniently) alone at break time. Unable to get her boss to take the very real threat of a catastrophic invasion seriously — and perhaps risk a factory shutdown — she decides to go public with her unappetizing finding, which entails sounding the alarm to a community that relies exclusively on said factory for its financial lifeblood, and is similarly inclined to dismiss a woman like Robin. That is to say, a strong-willed Cassandra who has to crusade just to be heard as well as a blue collar worker forced to jump through hoop after condescending hoop just to access a basic right like abortion — something Robin now desperately needs after having an affair with a (married) boss prone to blowing off a woman’s “hysterical” concerns.

A few weeks prior to Until Branches Bend’s September 10 (at TIFF Bell Lightbox) world premiere Filmmaker reached out to the Canadian designer-director to learn all about cinematically weaving together personal and environmental havoc (while a pandemic and raging wildfires loomed like an omen offscreen).

Filmmaker: So the idea of threading together two seemingly unrelated storylines — the struggle to alert a community to an invasive insect with the individual quest to get an abortion — strikes me as really risk-taking filmmaking (that could have gone very wrong). How did you actually develop the script?

Jarvis: For me the link between the two storylines is the word “invasive.” Robin is experiencing an unwanted pregnancy, which feels like an invasion of her body. I saw a parallel between that and the insect. In the story Robin struggles to convince people that she really saw the bug and that she wasn’t making it up. Meanwhile, her pregnancy is early enough that she is not yet showing. Both of these elements are invisible to the public eye, and Robin’s concerns are dismissed because of that. This creates a psychological tension that builds throughout the film.

Developing the script was a long process; I think the first draft was written in 2016. Through rewriting and research I was able to hone in on the themes that are present in the film today. I spent my childhood visiting my grandparents in Summerland (BC), so the landscape and community felt familiar to me. As I developed the script I spent more time there — doing research through interviews and consultations with farmers, packinghouse workers, people of the Syilx Okanagan Nation and entomologists. Their input was an integral part of the world building process, and I’m so grateful to them.

Filmmaker: I was quite impressed with the production design, which really contributes to this feeling of events occurring both anywhere and nowhere. As a veteran production designer yourself, how did you approach the look and feel of the film?

Jarvis: Thank you! Yes, production design is especially important to me. I was fortunate to have a team of people who I’ve worked with many times before, including Charlie Hannah, Kara Hornland, Mona Fani and Courtenay Mayes. They know me and my taste very well. It was really special to take on my first feature with their incredible support.

I believe in a holistic approach to world building, where there is communication and transparency between all departments in the pre-production stage. We used an online whiteboard app called Miro; that’s where the actors, the art and costumes teams, the cinematographer and me did most of our prep work. Everyone had access to all the boards, and I was pleased to see how they influenced each other.

For example, my DP Jeremy Cox and I put our shot lists onto Miro so that the art team could see what our framing priorities were and could plan accordingly. When we did our location scouts we could drop images into Miro and write ideas on them that could be shared with whoever needed to know. The actors made mood boards for their characters, which informed the costume designer and the set decorator. For me this collaboration was exciting and inspiring. It changed the way I will approach directing in the future.

I’ll add that my favorite element of the production design was Robin’s house. We were fortunate to have early access, and we were able to hold rehearsals in the dressed space. This experience gave us fresh energy right before filming.

Filmmaker: Could you talk a bit about the sound design? Were there any particular movies you looked to as touchstones?

Jarvis: Sound design really crafts tone, and there are a few films that influenced me in this way. Silkwood, for example, with the factory and the hot sun setting. And Safe, for the psychological drama element which is crafted so well through sound.

But sound design is always on my mind, whether I am aware of it or not. I often write details of it into my scripts — like the dog’s nails clicking on the floor or the buzzing of a fly on a kitchen window. These sounds are specific and familiar to most people. To me they are essential when communicating the tone. We worked with an incredible sound design team at Freestudios in Geneva, and I am most impressed with their work with the insects. The designer spent hours pulling hundreds of sounds to craft a unique, many-layered and dynamic effect. I am so excited to share their work with a theater audience.

I also love the score from our composer Kieran Jarvis. We decided to go with a spare selection of instruments. The flute has a timeless and playful quality, and the cello builds tension. But what makes the score stand out most is the vocalists. We worked with the talented singers of musica intima, a Vancouver-based choral group, who were onboard to get weird and experimental with us. We played a lot with hockets, a medieval technique in which a single melody is shared between two voices. This creates an organic and unsettling tone that suited our film perfectly.

Filmmaker: What was the casting process actually like? You seem to have hired a mix of veterans (most notably 2016 TIFF Rising Star Grace Glowicki for the lead) and newcomers, resulting in a pretty solid ensemble.

Jarvis: Casting was a big learning curve for me. We had a lot of roles in this film, and because we were filming in the Okanagan and were a Swiss-Canada co-production we were juggling many different needs. I am so impressed with the tireless work done by our casting directors Kris Woz and Kara Eide in Vancouver and by the remarkable resourcefulness of Angela Quinn in Kelowna. Because of the pandemic there were many long days of auditions over Zoom, which was challenging. I prioritized finding actors who were comfortable with improvisation, whether trained or not. This added an organic element to scenes in which we had uncontrolled variables (like in the factory).

Mixing experienced actors with newcomers was a really special part of the experience; we had an interesting parallel between the two family units. Our lead actors Grace Glowicki (Robin) and Quelemia Sparrow (Isabelle) have extensive acting experience. They created a safe space for Alexandra Roberts and Cole Sparrow to grow in their first time roles (as Robin’s sister Laney and Isabelle’s son Zach, respectively). We had time to rehearse and build out the characters’ family backstories together. I was so honored to be a participant in this process. Their thoughtful work in prep really translated to a comfortable and familiar experience on set.

Filmmaker: The shoot itself seems like it might have been rather harrowing. How did you deal with the twin challenges of an ongoing pandemic and out-of-control wildfires?

Jarvis: It was hard. We were dealing with contradictory recommendations. It’s safest to be outdoors to avoid the pandemic, but it’s best to be indoors to avoid wildfire smoke. Both require KN95 masks, so we went through a lot of those.

Our production team did such a fantastic job managing the daily obstacles tossed our way. We had clean air rooms at the locations, icy towel stations for the heat, and a lot of compassion for individual people’s needs. For the most part the crew was understanding and supportive. At the end of the day this was not a faceless, big-budget studio production. This was an independent artistic project, and everybody working on it knew each other as peers and friends; all of us human beings doing our best to support each other in circumstances that were out of our control.

Filmmaker: Finally, how did you go about seeking financing? You mentioned this is a Swiss co-production. At what stage did the Cinédokké folks come onboard?

Jarvis: Until Branches Bend had been in development with the Canadian producers (Experimental Forest Films, Ceroma Films and Reign Films) since 2017 when we received Harold Greenberg Fund financing to write the script. In 2019 we received Telefilm funding, which was the first big piece of our financing puzzle.

We knew a co-production would help get us to the budget level we needed to make this film; and because I have Swiss citizenship through my grandfather we saw a natural connection there. We went to the Berlinale that same year and met Michela Pini, who would soon become our Swiss co-producer along with Olga Lamontanara and their company Cinédokké.