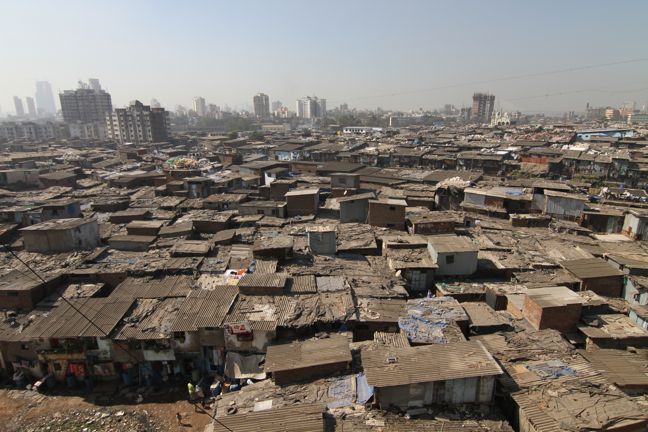 With Urbanized, filmmaker Gary Hustwit brings his celebrated documentary trilogy to a close. Beginning in the world of typography by exploring a single font in Helvetica, the series gained weight by moving to the world of objects in Objectified and now telescopes miles overhead to examine contemporary urban design. We spoke to Hustwit about what’s changed and what’s stayed the same as he has produced — and distributed — these stylish and intellectually engaging films.

Filmmaker: Your previous two design oriented docs have wound up dealing with subjects other than the the explicit ones of their titles. For example, Helvetica deals in part with corporate messaging, and Objectified about commodity culture and the future role of the object. What areas of discussion does Urbanized lead the viewer into?

Hustwit: I’m always fascinated by how design affects our daily lives, and how a lot of people are oblivious to it. When you walk out your front door, the path of your life that day is controlled by the design of your city: where you work, how you get there, what you do after work, the conditions you live in… it’s all determined by design. So I guess the main area of discussion is why do cities look and work and feel the way they do, and how does it affect all of us, every minute of every day.

Filmmaker: The subject of your film — the design of cities — seems almost a utopian one given the levels of dysfunction in our current political and economic landscape. Is progressive, intelligent city planning a realistic possibility today?

Hustwit: There’s so much political and commercial influence on the shaping of cities, versus really designing them for a better quality of life for citizens across socio-economic lines. Cities can be designed to make peoples lives better, and that’s what we look at in the film, creative solutions to universal issues that face all cities today. I think if citizens demand smarter approaches to urban issues, and get involved in the public discourse, better cities are definitely possible.

Filmmaker: Along with big conversations about the role of the city, one encounters today a dialogue about reverting back to the local and organizing ourselves in smaller communities and economic units. How does your film address this tension, if at all?

Hustwit: The idea of “Self-organized Urbanism” is definitely part of the film’s conversation, and you can see this sort of activity from Detroit to Dharavi. I think it’s a sign that more people are getting directly involved in the shaping of their cities, and not leaving critical decisions in the hand of elected officials or so-called “professionals.”

Filmmaker: Did your filmmaking style shift in any way to address the subject matter of Urbanized? What new elements did you bring in?

Hustwit: We’ve intentionally used a similar visual approach for all three films, I think it’s just the way Luke (Geissbühler, DP) and I see things. You’ll notice there’s not a lot of camera movement in these films, we like to just set a frame, and allow stuff to happen in it. I get a little obsessive about it, camera shake really drives me crazy.

Filmmaker: Realized over the course of several years, your “design trilogy” has also been something of a series of test cases for the new ways independent filmmakers are releasing their work. Now that you’ve finished the trilogy, what is your perspective on the change you’ve witnessed? And are you self-releasing Urbanized in any different ways than the previous two films?

Hustwit: I’ve released the three films the same way I’ve been releasing media for 25 years now, from the punk era onward. I don’t really see any difference between how filmmakers should be releasing their work now, and the indie label revolution of the ’80s. It’s the idea of controlling your rights and the way your work is presented, having a direct connection to your audience, and being self-sustaining. We’ve got such great tools now to do that. The main thing I want to do with Urbanized is a global same-day digital release. No more of this territory-focused, outdated distribution model. If someone in Tehran can pay the equivalent of a couple dollars and easily watch a film online, directly from my website or any other filmmakers, that’s when I think independent distribution will reach its real potential.