Week Four at the Edit Center

by Alix Lambert
in Filmmaking, Post-Production
on Oct 10, 2011 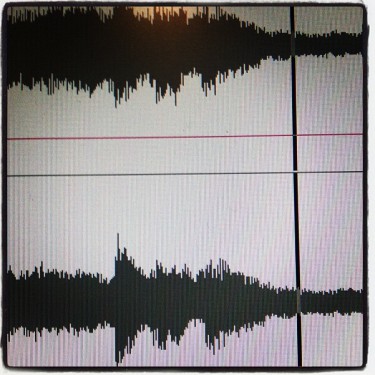 Monday brings more scene analysis! We watch three scenes: one from Fearless, one from Punch Drunk Love, and one from Mulholland Drive; all of them are specifically chosen not just for picture, but also for sound. The scene from Punch Drunk Love is one I remember especially well. Adam Sandler’s character discovers a lone harmonium in the street. It sits in near silence. Sandler stares at it. The silence extends and then is abruptly broken as a truck zooms by – but we see the truck approach way before we hear it … which is jarring in an effective way, and an illustration of how much sound editing can change the way we absorb what we are watching.

On Tuesday we finish our work on The Happy Sad and disconnect our drives so that the whole film can be strung together for viewing on Wednesday. It is intriguing to see the scenes we have been editing suddenly in the context of the entire story. Even though we have all read the script, it is easy to forget that there is continuation on either side of the individual segments we have come to know so well.

Over the weekend we have read a new script: Family Tree, written and directed by Brian Savelson. We start working on it Wednesday morning. It is the story of a father and a son and their respective girlfriends who unexpectedly find themselves at the same country house for the weekend. It stars John Slattery, Zach Gilford, Jena Malone and Gabrielle Union. I have one scene that includes all four cast members and another between Union and Malone. On Thursday Savelson comes in to introduce his film and answer any questions we might have. He is funny, but I already knew that from listening to him talk to his cast and crew before and after takes.

Outside of class we have all watched two episodes of Boardwalk Empire (HBO), in preparation for Kate Sanford and Tim Streeto, the editors on the show, to come speak with us, which they do on Friday. They answer questions about the differences in working on a series vs. a feature film, how they started in the editing business, what they expect of their assistants and how they navigate their relationships with the directors they collaborate with. If you want to know the answers to all these questions, well, you’ll have to take the class. After they leave we go back to editing. I still fumble with keys, and forget what has been explained to me, but I feel exponentially better about my editing abilities this week.

Four weeks down. Two to go.