DANFUNG DENNIS, “HELL AND BACK AGAIN” 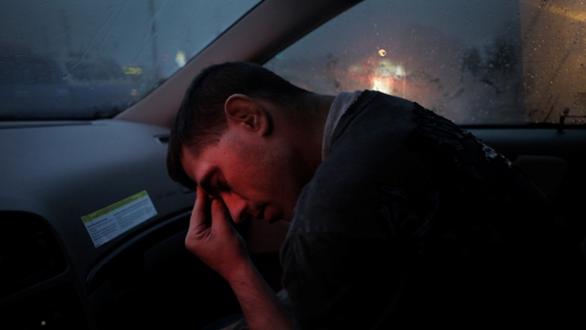 by Brandon Harris
in Uncategorized
on Nov 15, 2011 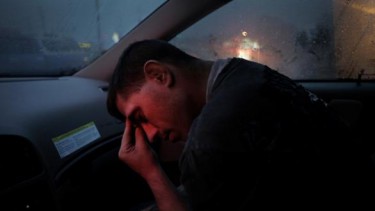 Originally published in the Director Interviews section on Oct. 6, 2011. Hell and Back Again is nominated for Best Documentary.

Perhaps the most viscerally harrowing documentary account of the war in Afghanistan yet, Danfung Dennis‘ Hell and Back Again is an intense visual experience, one that with the dynamism and fluidity of a narrative film takes you into the heart of the conflict in this troubled corner of the globe. Dennis, who left behind a career in economics to become a war photographer in the middle of the aughts, focuses on Sargent Nathan Harris, a Marine infantryman in Echo Company 28 and fearless young southerner from rural North Carolina who was seriously wounded during an ambush in 2009. Taking us from the frontlines of the conflict, where nearly pointless tribal councils feature American soldiers trying to convince men twice their age to abandon their villages and way of life while their children starve, all the way back to the home front, where broken soldiers try to readjust to the banalities of American life, Dennis has crafted a startling document concerning the costs that America and Afghanistan have incurred in a decade of war.

Dennis, who was among our 25 New Faces in Independent Film last year, won a Documentary Cinematography prize at this year’s Sundance Film Festival, where the film received its world premiere the past January. He has shot prize-winning photographs in combat zones for Newsweek, The Associated Press and The New York Times. Currently he is at work on apps and virtual reality platforms that will bring the experiences of war zones into our living rooms. Hell and Back Again opens at Film Forum in Manhattan today. 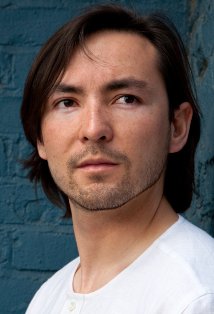 Filmmaker: You’ve worked as a war photographer for quite some time. How did this project grow out of your works as a still photographer?

Dennis: I had been working as a field photographer, mostly for Newsweek and The New York Times. I had been covering the wars in Iraq and Afghanistan since 2006. I felt that, after ten years of war, the imagery wasn’t having the same kind of impact that it once did. Society had become numb to images of war. I moved into this new medium to try to shake people from that indifference. I had no intention of actually making a film. It evolved from an operation in 2009 where 4,000 Marines were being airdropped behind enemy lines. I embedded with Echo Company 28 from the 2nd Marine Division. They were going into this insurgent stronghold and shortly after getting off the helicopters, Echo Company was attacked. The fighting centered around this pile of rubble that became known as Machine Gun Hill. After the end of the day, one marine had been killed, a dozen were suffering from heat exhaustion and nearly all of us had run out of water. It was quite a grim situation.

That’s where Sargent Nathan Harris gave me his last bottle of water. That’s where we first met. I followed his platoon as they pushed further during this offensive. He really was an exceptional leader, he had been among the first ones off the helicopters, had two deployments under his belt. It wasn’t until back in North Carolina about six months later, where I was waiting for the marines to return and they were stepping off the buses, reuniting with their families, when I realized why Nathan wasn’t there. I asked someone, “Where is Sargent Harris?”, and they said he was hit two weeks ago, that he’d been shot in the hip during an ambush. He’d been moved back to the U.S. and had undergone five surgeries, nearly bled to death. I gave him a call and he invited up to his hometown of Jacksonville, North Carolina. He was in extreme pain and feeling very guilty for having left his men behind and was trying to integrate himself back into a community that really had no understanding of what he had just been through. He was also trying to learn how to rejoin his wife Ashley. I essentially lived with the two of them in this small town.

He would introduce me to his friends and family saying, “This guy was over there with me”, and that allowed me to be accepted into this very rural Baptist community. I started following his recovery, and the story evolved from being primarily about this military offensive to being one about coming home from war and how difficult that is. I realized that despite the experience of war, what happens on the battlefield can be less difficult than the transition to coming back home.

Filmmaker: How did you find your way to war photography? You studied business and economics in school.

Dennis: That’s correct, I studied applied economics and I did consulting for small and medium sized enterprises. I’m primarily interested in development and developing economies. I had always been deeply moved by images from Vietnam, from Bosnia, from Rwanda, all because of the incredible work of great photojournalists. During Iraq and Afghanistan, I felt that I couldn’t just stay indifferent, that I had to try to contribute and show what was happening. And so I did make a very abrupt switch and started building a portfolio. I started in China. I moved to Beijing and started stringing for the Associated Press. That’s where I really learned the fundamentals of photojournalism and storytelling.

Filmmaker: Was it difficult to build trust between you and the soldiers from Echo Company?

Dennis: There’s always some distrust between the military and journalists, but once you show that you can keep up, that you are not putting them at any additional risk and that you are willing to go through the same things that they are, they learn to trust you. And you trust them as you go through some difficult experiences. I think it was because I spent that time in very traumatic circumstances with Sargent Harris in Afghanistan that he let me into his life back in North Carolina. I didn’t know his wife Ashley nearly as well. It took quite a long time to get her used to me. One thing I learned from being a photographer is how to remain as invisible as possible. I tried to blend in and let their lives unfold as naturally, with as much honest and truth as possible.

Filmmaker: The film is incredibly dynamic and smooth visually for something that was filmed in active combat zones. How were you able to have such a sense of control over the aesthetic aspects of the film while being as imperiled as you certainly were during much of the shooting?

Dennis: I shot the entire film on a single camera, the Canon 5D Mark II. It’s a stills camera that has the additional function of shooting very high quality video. I could bring the aesthetics of photography and the ethics of journalism — of simply being an observer — and combine them with the narrative one finds within documentary film to create a powerful, immersive experience. I had to build a customized rig to compensate for the downsides of using such a small camera and to operate in such difficult war zones. I used a custom sound system with a shotgun mic and a wireless mic mounted to a custom mount, which was then mounted onto a steadicam-like device so that I could be running. The marines could be running and yet I could still get these cinematic tracking shots that aren’t so much associated with documentary film as they are narrative film. I was using advanced technology to try to bring the war closer to home.

Filmmaker: The editing is also one of the more visceral aspects of your approach to documenting the war. I’m especially curious about the sequence towards the end, when you’re relating the circumstances and experience of Nathan’s injury by intercutting footage in which you’re lying in the grass, ducking beneath what we assume is enemy fire while Nathan explains how he was wounded; it almost seems to suggest that we’re inhabiting Nathan’s POV after he’s been injured, which is a very subjective choice for a documentary.

Dennis: I worked very closely with [editor] Fiona Otway. There was over 100 hours of footage, and we viewed and reviewed all of that first. Then we sat down and spent a lot of time discussing our own notions of war, the false, mystical, glorified view of war that I think dominates the culture. I think its extremely prevalent and sort of ingrained into young men, that there’s glory and adventure in war. The footage I had and the experiences I’ve had were nothing like that. It’s much more painful, there’s much more suffering and it’s much more brutal. So I wanted to be as honest as I could and try to find the material that fit a more realistic portrayal of what war was. So the primary challenge in the editing was to show that the war isn’t so much just what happens on the battlefield, but also what happens when one tries to come home. It really is one experience despite being two very different types of struggles — one physical, fighting a ghost like enemy and one much more personal, psychological struggle back at home. The scene you referenced in particular, where Nathan is telling Ashley about how he was shot while they are lying in bed, it was juxtaposed with footage that was shot about 50 feet from where Nathan had been shot that day. You can even hear Nathan shouting in some of that footage. That was shot by a marine, on a hand held camera and it was the same field, the same sky, the same day that he is describing, so it was trying to give an extremely subjective experience of what it might be like to be in this world of guts and blood and life and death and what it’s like to come home to a world that is a shopping mall and how difficult that transition is psychologically.

Filmmaker: What do you think will become of Nathan Harris? The film seems to be purposefully ambiguous about whether he’ll be able to cope with his injuries, but also with the inability to be a soldier anymore and the emotional duress that comes with that for someone whose identity has largely been constructed around his ability to kill.

Dennis: He’s back in North Carolina as an active duty marine in the wounded warriors battalion at Camp Lejune. He’s still undergoing physical therapy and psychological counseling. He does realize that he’s never going to again be the infantry grunt that he would very much like to be. I think he is struggling with his identity and what it means to be a warrior who no longer has the purpose or the mission that he once did. What will his role in society will be now that he can’t be that infantry grunt? I think he will retire from the military. Whether he’ll find something that works for him I don’t know, but he’s still very much with Ashley, and I think they will stay together. They’ve been through so much, and she’s always been there for him, I think. They are best friends, and they rely on each other. He’s very lucky to have that. There are so many other men who return home from war and don’t have that kind of support system or that support system crumbles when they need it the most.