Week Five at the Edit Center 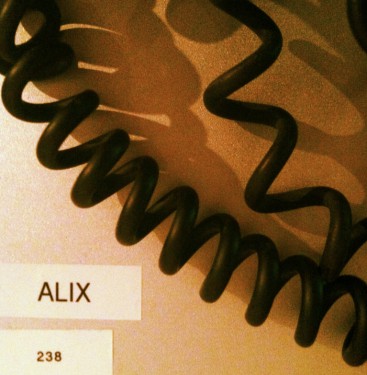 Over the weekend we have all watched the new documentary: 6 Days to Air, about the making of South Park, in preparation for Chad Beck and Brett Granato, who edited the film, to come talk to us. Before they visit we hear a lecture on how to organize documentary footage. Documentary footage carries with it different challenges than narrative footage does; mainly, one usually has considerably more footage on a doc than on a feature — and no script. Beck and Granato are cutting just down the hall, so it’s a short walk for them to shuffle over to find us. They explain the difficulties of editing two versions of the film, one for television (42 minutes) and the other for theatrical release (longer). It isn’t just a matter of making the same film shorter; rather, the editor(s) has to re-think the entire structure of the piece, as well as consider commercial breaks and where they land for the televised version. After our questions they invite us into their edit room where they show us earlier incarnations of the introduction to the film, as well as segments that they loved but had to cut out, which brings us to an important lesson in all filmmaking (but, please, not in life): kill your babies.

Later in the week we have a tech lecture on color correction. Otherwise we continue work on more scenes from Brian Savelson’ Family Tree. Savelson returns on Friday to look at what we have done. I show him a brand new scene along with changes I made to the previous ones according to his notes.

After five weeks everyone in the class has heard me curse more than I feel comfortable with. But this week, if they were looking, they may have also seen me do the occasional arms-in-the-air-universal-sign-for-she-shoots-she-scores move, after executing what seem to me to be difficult sound edits. I am starting to feel sad that this class is soon coming to an end. Five weeks down. One to go.