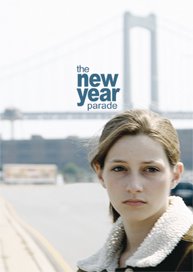 Over at his Cinema Echo Chamber, Brandon Harris interviews Tom Quinn, writer/director of the excellent indie feature The New Year Parade, which screens tonight at the IFC Center. The film won the Grand Prize at Slamdance this year and is also a graduate of the IFP Rough Cuts Lab, which is where I originally encountered it.

Harris originally wrote about the film here on the Filmmaker blog, and in the intro to the interview at Cinema Echo Chamber he dubs the film a “naturalistic, emotionally resonant look at the year long dissolution and repair of a South Philadelphia Irish family, a less mannered, blue collar The Squid and The Whale.” I’ll concur with that and highly recommend that you catch the film at its only NYC screening tonight at 8.