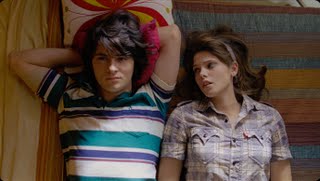 Making a movie is never easy. In fact much of the entire process is just continuous problem solving. With the right amount of preparation however, many unforeseen issues or setbacks can be avoided. In our case, Skateland was written and completely shot out in eight months. We went from a blank page in April to a wrap party at some colorful bar in Shreveport, La., by December with about a hundred new friends and co-workers. My point is we stacked the odds against us. The shot list was ambitious and needed to be completed in 30 days (five-day weeks). This is an independent film but we wanted to make it feel and look like a much larger studio film. A feasible goal, but time was not on our side. We had to get it now or not at all. So we pushed everyone, blew through a quick preproduction and were taking celebratory shots 240 days later. Next time give us two to three weeks more prepro, five extra days of production and a month longer on the script. On Skateland we didn’t have a choice — there was a pending SAG strike; winter was upon us; we might lose our cast and crew so we locked it in and knocked it out. Like I said, feasible but not optimal.