The Microbudget Conversation: The Journeymen 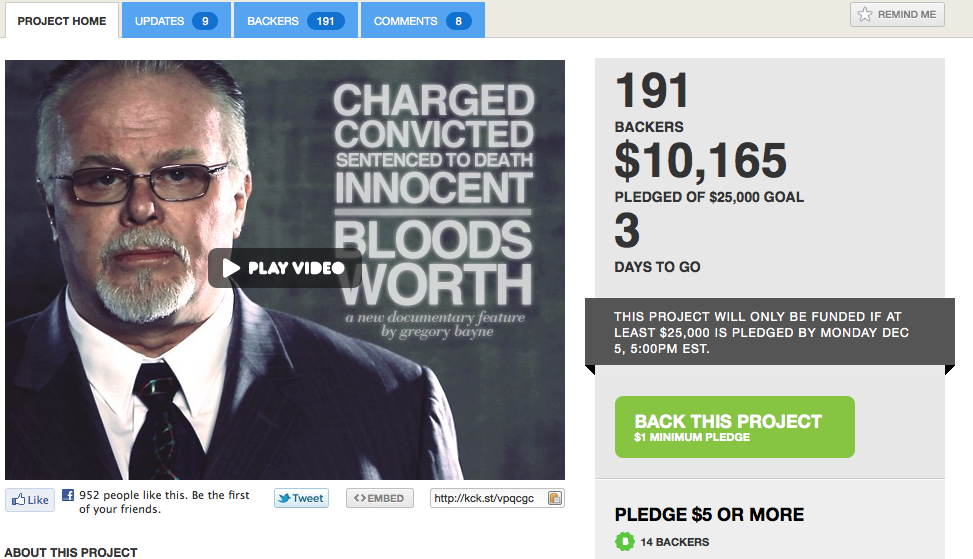 As most of us receive our early morning Sundance rejection email (which literally makes us the 99 percenters…again.) we should all take a moment and reflect: what drove us to this? What brought us to this moment where a single email is either enormously heartbreaking, or just another bump on the dirt road of DIY/micro filmmaking? I’ve asked fellow columnist, and bi-coastal filmmaker, Gregory Bayne to shed a bit of light on his practice of treating each project as the first uphill battle of many, and how that journey is essential for the career independent filmmaker.

We have an almost perverse obsession with the idea of overnight success in this country. It permeates the network television line-up, which provides an un-ending stream of opportunities for under prepared, starry-eyed dreamers to embarrass themselves on a national (perhaps international) stage. In creative communities we constantly talk of getting that “big break,” and if the numbers are correct — 11,700 submissions this year — it appears we filmmakers still believe that a birth at Sundance is the end-all to launching our very lucrative filmmaking careers. This obsession is like some strange disease for which the only cure, truly, is staying the course long enough that you finally realize there is no “one big success,” only a series of little successes and small triumphs, intermingled with some failures and the occasional tragedy. The brass tacks are, if you are going to make your way as an independent artist, you are committing to a life’s work that will always be, in one way or another, a sustained campaign.

I know this all too well, as I currently embark on my next film and with it another public funding-campaign to get it off the ground. The film is BLOODSWORTH: An Innocent Man (http://kck.st/vpqcgc), a feature documentary about Kirk Noble Bloodsworth, who after being charged, convicted and sentenced to death for a crime he did not commit, became the first death row inmate to be exonerated by DNA evidence in the US. Even though I begin this work with some level of track record behind me, this project begins as they all do, at ground zero.

This fact, I think, is likely the biggest enemy to our being able to maintain that sustained effort that finally enables us to one day look back at a body of work we can feel good about (hopefully), or at least hold up as proof of accomplishing something in our lives. Each new project represents a journey from ground zero in which we start with our singular vision that we must definite and refine, then rally support for, day after day, wearing numerous hats as we endeavor to bring together far reaching elements, both creative and business, in order to move our ideas and projects forward. This is not a new phenomenon, and not wholly born of the DIY movement that has come of age in the past couple years. It’s the reality that has been here all along, but never included in those fantastical stories of “overnight success” which fueled many a desire to get into this racket.

Even though we’re at a moment in time where the independent film economy seems to be on a rebound, I’m going to state that the era of overnight discovery is dead and gone and we are now living in the time of the journeyman. Ours is a blue-collar profession that requires astute attention to craft, a broad understanding of all the elements that go into the development, finance, production, marketing and distribution of our work, and a willingness to go to the mat for it on a near daily basis. Gregory on the set of DRIVEN

The latter is most certainly true when you thrust yourself into a all-or-nothing crowd-funding effort via a platform such as Kickstarter.com, as I have done with BLOODSWORTH. It is a day-in, day-out commitment to the story you want to tell, and eventually to those that would help you tell it. It requires a lot of stamina and an unwavering belief in the work that you are trying to accomplish.

As we all know the crowd-funding space has become somewhat, well, crowded, which sadly creates a lot of noise which is difficult to break through at times. That said, and even with its detractors, I would argue that the public fund-drive is generally a positive, and the very crystallization of the campaigning we have to do for our work. It’s not just about raising the money (which is of course key), it’s about the presentation of the entire endeavor, and most importantly the opportunity to build a strong community around it from day one.

You see, when you go public for a concentrated period of time with a specific purpose, it narrows your focus onto the project and if you’re doing it right, inevitably makes it better. First off, the funding campaign itself brings attention to what you are doing, and if it’s worthwhile, sustained attention. That said, we all know we live in a very short attention span world, especially online where much of this work occurs, so to continue to grow and keep attention on the project over a 30-day funding campaign you have to present your message, not just often, but in several new ways throughout the endeavor. This is a lot of hard work, but it leads to the focusing of your message, helps guard against you becoming a broken record (though you still do a little), and has the added benefit of leaving you with a bunch of new work to show for it at the end of the day. Since beginning the campaign for BLOODSWORTH, I’ve produced several new video clips, written numerous updates, answered several emails, and done a couple of interviews, all of which have served to both make me think specifically about what I am really looking to accomplish with this film, while elevating the awareness of its existence. Ultimately the new reality is no matter whether you’re a seasoned producer, or scrappy filmmaker from the State everyone thinks is Iowa, if you are going to embrace a career in this field, you’re also decidedly embracing the active campaigning for your work day-in, day-out, one project at a time, every time.

Luckily, what the DIY movement, which I feel is quite synonymous with micro-budget, coupled with the exponential growth of technology has accomplished in the past couple years is to inspire high level of creative thinking about these new mechanics of production and distribution, how one sustains as an artist, and possibly most intriguing the function of cinema in our connected world.

As I’ve worked to develop BLOODSWORTH, and in the launching of this funding campaign, I’ve thought a lot about this new reality we find ourselves in, where in order to create sustainable work we need to be out in front of it always, as well as increasingly format, if not form, agnostic, and truly embracing of community if we want to go the distance. This may scare the hell out of some, but I find comfort in knowing the future belongs to those who invest in their craft, can produce quickly, and at less expense, are used to thinking on their feet, and who have spent the time getting to know the community they carry with them throughout all their work.

Gregory Bayne is a filmmaker living and working in Boise, Idaho. His most recent film, JENS PULVER | DRIVEN, is now available on several cable and internet Video on Demand platforms including iTunes & AmazonVOD. His current film, BLOODSWORTH, is currently near its campaign end on Kickstarter.com which closes on December 5, 2011 at 5pm EST to fund initial production of the project.

We are still running our sound mix contest here until December 13th. Get your film in and win a chance to have it mixed by a pro!
We’d never turn down the chance to hear from you, especially microbudget fans and filmmakers. To become part of the conversation please send us your thoughts, responses, and questions.