HAMMER TO NAIL FIRST OUT OF THE AWARD SEASON GATE 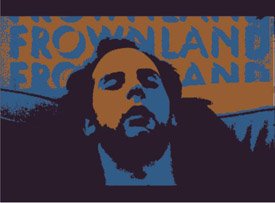 The excellent indie criticism site Hammer to Nail has taken the stratagem of being the first to publish its 2008 “10 Best” list, posting its selection (a baker’s dozen of 13, actually) the day after Thanksgiving, when some of us film bloggers were still digesting the previous evening’s turkey dinner. The rules: eligible films had to be American narrative films (features or shorts) budgeted at less than $1 million and which premiered or received theatrical distribution in 2008. I’m very happy to see Filmmaker favorite Frownland nabbing the number one spot! Ronnie Bronstein’s miserabilist masterpiece has been heralded here many times — it won the Filmmaker-sponsored “Best Film Not Playing at a Theater Near You” Gotham Award last year, and I was on the jury that gave it its first recognition at SXSW — and I’m always looking for another chance to sing its praises here on the blog. Other favorites on the list include Azazel Jacobs’ Momma’s Man, Kelly Reichardt’s Wendy and Lucy, Josh Safdie’s Pleasure of Being Robbed, Lance Hammer’s Ballast, Barry Jenkins’ Medicine for Melancholy, and Benh Zeitlin’s Glory at Sea. The site also gave separate awards to Lance Hammer for not only making Ballast but distributing it, and to filmmaker Sean Baker for releasing two strong films (Take-Out and Prince of Broadway) in one year.

The complete list and commentary can be found at Hammer to Nail.