@SXSW: I PROMISE WE WON’T TELL… 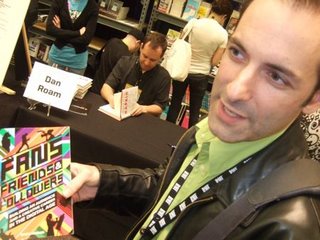 At Scott Kirsner’s SXSW panel on digital downloads and vanishing physical media, he urged his panel members, who included Matt Dentler of Cinetic, Steve Savage of New Video, Rick Allen of Snag Films, and directors Gary Hustwit and Morgan Spurlock to spill the deep dish about digital downloads. Just what are the deal terms at the various outlets and what are the size of the checks filmmakers are receiving? “C’mon,” he said, “there are no journalists here. Nobody’s going to tell.”

Not everybody took the bait, but Hustwit and Spurlock were both quite candid. Hustwit said that the digital sales, mostly on iTunes, have accounted for $60,000 of revenue for his film Helvetica, which is about one tenth of its total take. And when it came to ad-supported streaming sites, Spurlock was blunt. “Filmmakers need a reality check; you can pay your phone bill, not your rent, with these [revenues],” he said. “The interent does a great job of garnering eyeballs. It is amazing because it’s putting movies where movies wouldn’t normally go. The first eight weeks Super-Size Me was on Snag it was the number one film. We received $1,200 for those first eight weeks for a package of 20 films [that included Super Size Me]. The last quarter of last year, Super Size Me sold 69,000 DVDs. How many people were spurred to buy the DVD because they saw it online? We don’t know.”

A little later, Rich Allen offered something of a response. “I would describe our checks as modest,” he said. “They don’t approach TV license fees. However, they are 1,000 fold the size of the checks a doc filmmaker has received from a theatrical release. We are looking now at a traditional business model that is definitely broken. It’s important [filmmakers] hit all of the streams. The approach of free streaming and tying it to upsell to dvd is an effective one. This is like the early days of cable, except if you look at streaming on the web you see that advertising pricing parity [to cable] has already been reached. Now it’s about scaling the eyeballs so you can make reasonable money.”

After the panel, Kirsner headed over to the trade show floor where he autographed copies of his new book, Fans, Friends and Followers: Building an Audience and a Creative Career in the Digital Age.

For the rest of our SXSW 2009 coverage, visit our special site here.