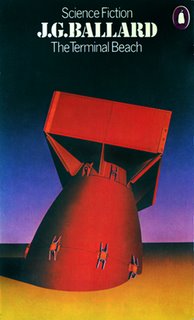 J.G. Ballard, the British writer whose long career aimed to, in his own words, graph “the psychology of the future,” died this weekend in England after a long illness. Throughout his many published works Ballard, in dispassionate, sometimes clinical prose, philosophized about the changes that technology, social changes or the decaying environment are having on our desires as well as our own conceptions of what it means to be human. His characters are typically scientists of their own disorder, cooly observing the ways in which their psychologies are being redrawn by forces they are only beginning to understand. In Ballard’s fiction, fascination often replaced emotion, and the character psychology one associates with literary naturalism was replaced by one informed by a bleak, often chic, but always clearly articulated dystopian philsophy. In fact, the psychologies of the outer world — the associations and symbolisms of drained swimming pools, decaying luxury hotels, empty roadways — were just as suggestive as the thoughts of any of his characters. Despite all this, Ballard was a witty writer whose austere visions were always rendered with a hint of glee. 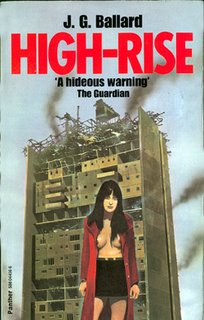 Ballard was perhaps most famously known for two novels that were turned into two very different films. The first, Crash, was adapted by David Cronenberg, who was largely faithful to the book’s imagination of a very near-future in which man’s fusion with the automobile unleashes a self-destructive erotics. The second, Empire of the Sun, was directed by Steven Spielberg and starred Christian Bale in a semi-fictional telling of Ballard’s childhood in occupied Shanghai. By the time of his death Ballard had written 19 novels and many short stories. They range from an early series of “disaster novels” (The Wind from Nowhere, The Drowned World, The Burning World, The Crystal World) to a series of experimental ’60s work (particularly, The Atrocity Exhibition, a series of “condensed novels,” including the famous “Why I Want to Fuck Ronald Reagan”), which depicted often in prose associated with scientific experiments the warping of its characters’ minds by mass media iconography) to the autobiographical later work (which also included The Kindness of Women) to a series of philosophical thrillers, which included Cocaine Nights and Super Cannes. 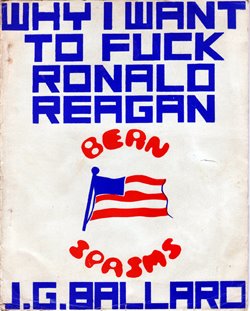 Ballard is one of the few novelists to have an adjective named after him. “Ballardian” is defined by the Collins English dictionary as “resembling or suggestive of the conditions described in Ballard’s novels & stories, esp. dystopian modernity, bleak man-made landscapes & the psychological effects of technological, social or environmental developments.” Ballardian is also a website that brings together people and ideas associated with Ballard and those he has influenced.

Along with Philip K. Dick, J. G. Ballard was a great formative discovery of my youth. I started with his 1964 short story collection, The Terminal Beach, whose title story was about a man unable to deal with the death of his wife and son who finds some kind of entropic solace by drifting among the decaying buildings on an island used to test nuclear weapons. Ballard was a seminal artist for a whole group of writers, artists and filmmakers, and if you don’t know his work, I’d recommend any of the titles referenced above.

David Hudson has more at IFC.

The BBC obit is here.

Boing Boing’s notice of Ballard’s passing is here, along with a number of great links.

A fantastic fan site with lots of interview and art, including book covers, is here.