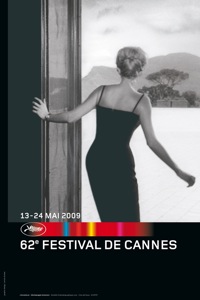 The full line up is below.

Up, directed by Peter Docter
(out of competition)