by Byron Camacho
in Directors, Filmmaking, Interviews
on Mar 10, 2012 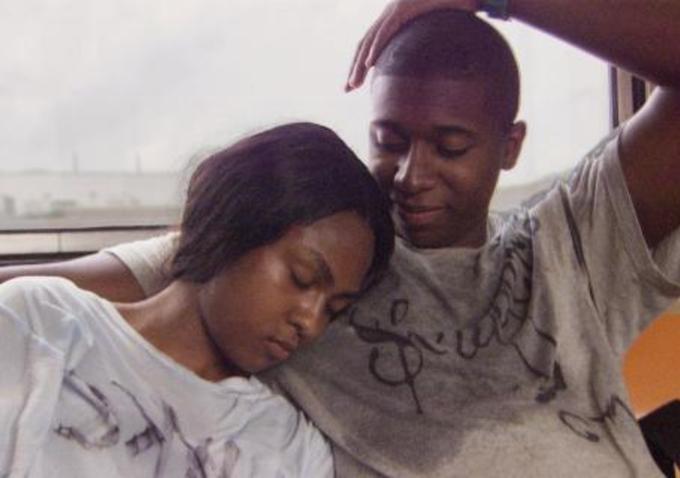 Writer-Director Adam Leon’s feature debut Gimme the Loot is an urban drama about two teenage graffiti artists from the Bronx who hatch an elaborate plan to get back at a rival gang for defacing one of their latest creations. Gimme the Loot was part of IFP’s/Lincoln Center’s Emerging Visions program and follows the director’s hugely successful short film Killer which premiered at the New Directors/New Films festival.

Filmmaker: What inspired you to make a film about teen graffiti artists from the Bronx?

Leon: I grew up in the city surrounded by graffiti and have close friends who wrote while we were in high school. But what mostly inspired me was my experience co-directing a short film called Killer. We cast a few writers from the Bronx and I became taken with the idea that these kids were real life action stars, running from the police and the bad guys, climbing walls, leaping from building to building, etc. I felt that lifestyle and world would make a great jumping off point for a fun story set in the City and I knew that I could find the kids out there in the streets to make it a reality.

Leon: Long! We’re dealing with about 40-50 roles for non-professional teenage actors. It was essential to find the right, charismatic kids for the key roles and that took time. We had a street casting director and we would all approach kids on the street, in parks, the subway, etc. We set up weekly casting sessions over the course of about six months. For someone like Sofia, the female lead, we saw over 500 girls and had several false starts. Once Tashiana walked into that casting room we had this “No, it can’t be true, can it?!?” feeling. In total, I would say we looked at well over a thousand kids. I personally met with several hundred. It was a great experience, although definitely trying at times, and it brought the core team together in a way that made the movie stronger.

Filmmaker: What was the experience like shooting in New York? Was there a great deal of unforeseen circumstances and if so, how did they inform the final product?

Leon: I adore shooting in NYC. The people here have this perfect mix of being supportive and also not caring. An indie movie shooting on their street is not going to rank in the top ten most interesting or annoying things New Yorkers have to deal with in a given hour, so it’s no big deal. But they do love it when people go out and try to do their thing in this city, so we got a ton of love and support when we needed it. There’s this great misconception, that New Yorkers are rude. Being rude takes effort; we’re too busy to be rude.  But of course there were a ton of unforeseen circumstances. That’s part of the joy of the process. We tried to embrace it. So when a girl we cast flakes out and doesn’t show, we just would find someone great on the street and put her in the scene instead or when we saw this cool group of older guys playing dominos we adjusted our location get them into the shot. It’s a very fly by the seat of your pants approach, but it only works if you have a real script, you know what you need to get every day, and you’re prepared for the unexpected. Our team was simply amazing at being able to handle all of that.

Filmmaker: What are your thoughts on how graffiti art has been portrayed in the cinema? Were you interested in shedding a light on certain aspects of the culture that you haven’t seen done before?

Leon: Style Wars is the gold standard. It’s a bible for NYC graffiti and also a legitimately great film. It’s probably best not to speak about other movies that involve graffiti. The Timothy Hutton joint, Turk 182! is a sort of classic example of the inauthenticity you can sometimes find, although I have a soft spot for it, mostly because I have a soft spot for any movie with an exclamation point in it’s title. But Gimme the Loot isn’t a story strictly about graffiti. Malcolm and Sofia are graffiti writers. It’s their “profession” and deeply informs who they are and the world they exist in. Their engagement in that world and passion for it leads them on an adventure that involves many different elements of youth culture, their city, their friends, etc. In a movie like Michael Clayton it’s key to the story that Clooney is a lawyer, but the movie isn’t all about legal briefs and the same concept is true here. They’re not just kids that write on walls and I hope that gives both the characters and the movie more depth.

Filmmaker: What do you hope audiences will get out of this film, particularly those who belong to street art culture?

Leon: We want audiences to simply have a great time at the movies. Gimme the Loot is meant to be a fun, fast, exciting adventure. In terms of graffiti writers, it’s absolutely essential that those elements of the movie ring out as authentic. We were blessed to have SP One, a true legend in that world, come on board as our advisor and resident artist. In our first meeting I told him that if he saw the movie and called bullshit then we fail, because even those who don’t know about the culture can tell if something is false. I think we came through on creating genuine young, up and coming writers that hopefully will feel real to those in the know. But you don’t have to care about graffiti, you don’t even have to like graffiti, and it really shouldn’t effect your engagement with the story.