by Jason Guerrasio
in Filmmaking
on Jun 5, 2009 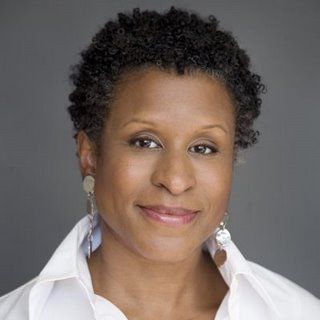 The IFP has announced today that executive director Michelle Byrd will be stepping down when her contract expires on Dec. 31.

Byrd has been with the organization since 1992 when she was in charge of a number of membership and programming responsibilities before being promoted to deputy director in February 1996 and then executive director in April 1997.

The IFP is the publisher of Filmmaker Magazine.

In her role as Executive Director she has overseen the strategic direction and growth of all of IFP’s activities, including:
– re-positioning the founding program (now called Independent Film Week™) and its shift away from completed work into a multi-day Project Forum for work still in development;

– establishing a strong working relationship with NYC government, most notably, the Mayor’s Office of Film Theatre & Broadcasting for which IFP has received a number of contracts to run programs, including IFP’s “Made in NY” Mentorship;

– increasing IFP’s international profile through the expansion of its No Borders International Co-Production Market;

– re-positioning the Gotham Independent Film Awards™ to include a select number of competitive awards and moving them to the start of awards season;

– and bringing on some of IFP’s most respected and long-term funders such as The New York Times, Time Warner and its many divisions, and The John D. and Catherine T. MacArthur Foundation.

“I informed the board of my decision to depart last November so that I could openly have meetings about my next professional journey and spend a solid year working with the board and staff to ensure a positive and smooth transition,” says Byrd. “This is a community and an organization about which I care deeply and all of us are working collaboratively to ensure that a leadership change won’t place any unnecessary stress on the organization. I have great faith in our Deputy Directors, Amy Dotson in programming and membership, and Mitch Micich in finance and operations, and their ability to aid in a smooth transition.”

Byrd is presently in discussions on her next move, one that will build upon her relationships in the media space and unify her interest in global issues and technology.

In a statement released today, IFP Board Chairman Jeffrey Levy-Hinte said, “All of us at IFP will miss her immensely, but we also acknowledge that this is an opportunity for a new infusion of leadership, energy and direction, and we are excited to begin the search and open a new chapter in IFP’s long history at the center of independent film.”