Five Questions with In Our Nature Director Brian Savelson 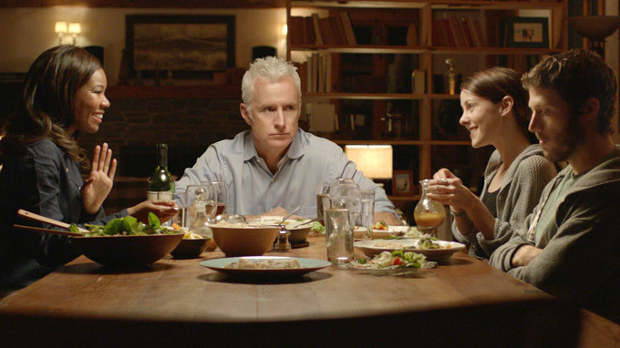 by Byron Camacho
in Directors, Filmmaking, Interviews
on Mar 10, 2012

Brian Savelson’s feature debut In Our Nature focuses on a young couple whose weekend getaway takes a u-turn when the young man’s father and his girlfriend show up to their vacation home un-expectedly. Coming off the success of his animated short Counting Water, Savelson’s drama not only boasts an intriguing premise but also an impressive cast including Zach Gilford (Friday Night Lights), Jena Malone (Donnie Darko), Gabrielle Union (Bring It On) and John Slattery (Mad Men).

Filmmaker: What inspired the story for this film?

Savelson: Everyone on set was constantly making fun of me, calling me by the character’s name and teasing that the story was entirely autobiographical – but it’s so far from that! There’s a pivotal moment in the film where it’s revealed the father has sold the house. When people found out my dad actually did sell our house recently, it didn’t help my case that the script was totally fictional. But he sold it after I wrote the script! I protested too much… which only encouraged the mockery. The truth is that I wanted to take a fairly common story – two couples go up to the country for the weekend – a story you think you’ve seen already, and then carve it into something that you haven’t.

Filmmaker: Despite being a first time feature film director, you managed to cast a group of high profile actors. What was the casting process like?

Savelson: The casting process was always about finding phenomenal performers who really responded to the material. It was essential that the couples match up well, and the father and son, but equally important was matching the actor with the project. If someone read the script and didn’t instantly want to talk, or didn’t have challenging questions for me, then I knew they weren’t a good fit. And not because I think the screenplay is so brilliant, but rather because I knew it was going to be a strenuous shoot, and the film would only work if everyone was deeply connected and invested. Some actors were definitely hesitant about my first-timer status, but with these four, it was just clear from the first moment of meeting that we were equally psyched to be talking about it.

Filmmaker: What was the experience like transitioning from animated to live-action filmmaking?

Savelson: Well after making my short animation, I directed some music videos, which were all live action. Even though they were generally narrative in nature, they didn’t include dialogue obviously, so I was really able to focus on the image itself. And my background is in theater, which is usually all about dialogue. So I kind of lived the perfect version of film school – in theater, I spent years working with actors, sculpting each beat and each word, then I worked entirely alone on the animation, obsessing over every frame, and with music videos, I was able to sharpen my perspective on how I like to actually shoot. Directing a feature is an entirely different form of self torture from any of those, but looking back, I see how fortunate I was to have had that chain of experiences.

Filmmaker: Aside from directing the animated short Counting Water, you were an associate producer on the Broadway play A Raisin in the Sun. Did your experience in theater inform the style of the film?

Savelson: That’s funny that you ask that because when I was pulling the project together, a lot of people asked me “why don’t you just do this as a play?” I admit the script does possess a lot of “stage-like” qualities – it’s just 4 characters, very dialogue driven, practically a single location. But what was always most interesting to me about making a film like this was taking it out of a theatrical place, and concentrating on the subtlety and nuance in the way only a film can. It’s so much about the inner workings of relationships, that I knew from the start it had to capture those infinitesimally tiny private moments, that would be lost on stage.  So even though it’s very talky, I hope it’s anything but theatrical. My favorite moments, often the funniest, are those barely perceptible flashes of impatience or embarrassment that have no dialogue at all, and can only be seen on a big screen.

Filmmaker: Do you have any expectations of how audiences are going to respond to this film?

Savelson: Well… I hope they’re into it!  I also hope audiences are caught off guard by how closely they identify with these characters. The idea was to create an experience so familiar and relatable that you would barely notice the twists and turns in story, only fully realizing what you went through after it’s over. Everyone knows someone in this film, and I think most people will recognize themselves in one of these characters.  My goal was to ease the audience into the story, allowing it to play as naturally and subtly as possible – so that when you walk out, you feel like you personally experienced this weekend, and the questions raised feel like they relate to you individually.