DAVID MUNRO ON THE BURST BUBBLE 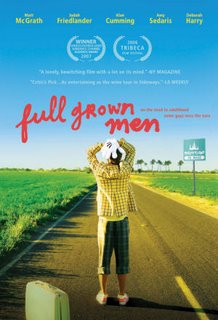 I was at a dinner with a number of filmmakers last night and had a long discussion with a fellow producer that verged into all of the things people in the film business discuss today. Namely: how can the distribution platforms that currently exist today (theatrical, video, VOD, etc.) be somehow combined, re-ordered, reconstituted in a way that will enable a more financially beneficial base for independent film production?

It is a tough question. I will admit that I’m in the camp that believes that there are potential rewards for the filmmakers willing to put the sweat equity into the grass-roots distribution of their films. However, the idea that there will be in the near future a mature business able to provide significant hope for the avalanche of independent production seeking traditional distribution may be a quixotic one.

Filmmaker David Munro was one of our “25 New Faces” years ago, selected before he made his first feature, Full Grown Men. and in a new piece he’s written over at the PrepShootPost blog, he’s described the three-year process to complete distribution on his film in apt historical terms:

The dream of making Full Grown Men was hatched in the heady, early days of indie-dom. Our heroes were Jim Jarmusch, Hal Hartley – defiantly uncommercial filmmakers whose peculiar, singular visions represented a genuine alternative to mainstream studio fare. The twin pillars of Sundance and Miramax would soon raise fringe film to exalted heights.

Full Grown Men was eventually selected by Ira Deutchman for the “Undiscovered Gems” series and from that found its way to audiences.

The happy ending: Full Grown Men was released theatrically in 11 markets nationwide in the Summer of 2008, subsequently landing a home video deal with the fine folks at Liberation Entertainment, and will have its broadcast bow on the Sundance Channel in early 2010.

Of his experience and how it has changed his thinking, Munro writes:

So where are we now? Happy. Tired. Somewhat disillusioned. Utterly thankful. It won’t be the same from here on out. It can’t be. The “correction” has occurred. Sundance and the indie biz in general could not sustain the industry demands heaped upon it. In director parlance, we’re “back to one.” Back to where indie started. Filmmakers making films simply because they have to get the haunting images out of their creative belfries, market be damned. I like to think it’s a good thing: the beginning of the Next Indie Wave.

Full Grown Men will be released on DVD August 25.

Read the whole piece at the link and then compare to to Jake Abraham’s article on his distribution of Lovely by Surprise, and you will see the beginnings of a trend of filmmakers sensibly resetting their expectations for today’s marketplace.