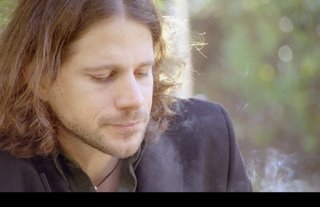 In “A Filmmaker’s Glamorous Life,” online and in our latest print edition, Esther Robinson surveyed a number of filmmakers about the jobs they’ve taken to support themselves when they are not making films. In this blog series we’ll run the unedited responses we received that were then condensed for the piece. Below: Doug Buck, whose response arrived after we went to press on Robinson’s piece.

Buck: The same way I have supported myself for the last 20 years — electrical engineering. I specialize in airfield lighting design at U.S. airports.

Filmmaker: What is good/not good about this kind of job(s)?

Buck: Good — It pays the bills and it’s a job not without some interest. It’s also a highly specialized field, so even if I quit for a while to make a movie, it isn’t so difficult to return to it afterwards. Not Good — It takes energy and time away from what I really love — making movies.

Buck: I love making my own movies, but that can take awhile between projects. Collaborating with another filmmaker in the meantime is the next best thing.

Buck: Editing other filmmaker’s movies for the reason stated above.

With his disturbing short films, including the notorious Cutting Moments, Douglas Buck has been a continuing presence at international festivals for over ten years. His first feature, Family Portraits: A Trilogy of America, was released to great critical success in France and New York. His second feature, Sisters, starring Academy Award nominees Stephen Rea and Chloe Sevigny, soon followed. Recently editing Offspring, based on the infamous Jack Ketchum novel, Buck is now hard at work on his latest project, The Broken Imago, for which he shot a teaser in Argentina. Buck and his Canadian and French producers hope to be shooting this dark tale of children gone mad in an apocalyptic landscape by early next year in Argentina.