THE TRUTH: WANTED AND DESIRED

by Jason Guerrasio
in Filmmaking
on Oct 2, 2009 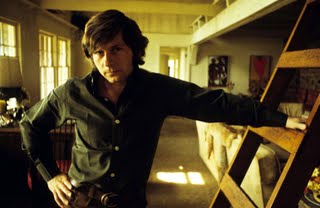 In a week of stories surrounding Roman Polanski’s arrest in Zurich on a warrant for his three decade old conviction on a sex charge involving a 13-year-old girl in the U.S. and retired prosecutor David Wells‘s sudden admission that he fabricated the comments he made in Marina Zenovich‘s documentary Roman Polanski: Wanted and Desired, it got me thinking of Zenovich’s answer to our yearly question to Sundance directors the year she screened the film there in 2008. The question: “If you had 10 percent more of anything, what would it be and why?”

I wish I’d had a 10 percent better understanding and insight into the case when I started the movie.

I say that because this has been the most complicated and difficult film I’ve ever made. The story was legally complex and took place 30 years ago. I am not a lawyer. Although my father was a politician and a judge, I do not know the inner workings of the DA’s office or how lawyers and judges behave or bargain with one another.

What’s more, there were only a limited number of people I could talk to. These people were not used to being interviewed and some of them were very careful about what they said. I never pre-interview — I find it takes the spontaneity out of the actual interview. I need to be surprised when I am talking to someone. (The only person I did pre-interview ended up disappointing me with his interview because I had heard him tell his stories once already!)

If I had a 10 percent better understanding of the story at the outset, then perhaps my questions would have been more precise. By the time I’d finished the film, I had a lot clearer picture of what had happened and wished I could go back to my first interviewees with all the new information I’d uncovered.

Looking back, I can see now that the Polanski case brought out a cryptic, haiku quality in everyone. It’s such a delicate case — on so many levels — that people are reluctant to talk about it directly.

Knowing that, I wish I had been brasher and ballsier. But then I might never have got the access that I did. My mother always says, “Why does it take so long? Aren’t you finished yet?!” But to me, documentary filmmaking is a gigantic, three-dimensional puzzle with pieces concealed within cities and people and buried away in articles and court documents. It’s a brilliant adventure.

And then, of course, there’s everything that takes place behind closed doors — the meetings for which there is no written record. Nobody tells you how to go about finding that! But you work it out somehow.

My advice for other people starting out on such a quest? Learn as much as you can — and then dive in.

It was one of my favorite answers that year as her honesty highlights the challenges documentary filmmakers have in attempting to find truth while at the same time befriending the subjects they’re interviewing to get to that goal.

Zenovich (who’s currently in Zurich filming a follow-up documentary on Polanski) has since responded to Wells’s retraction.

I am perplexed by the timing of David Wells’ statement to the press that he lied in his interview with me for my Polanski documentary. Since June of 2008, the film has been quite visible on U.S. television via HBO, in theaters and on DVD, so it is odd that Wells has not brought this issue to my attention before.

For the record, on the day I filmed Mr. Wells at the Malibu Courthouse, February 11, 2005, he gave me a one-hour interview. He signed a release like all my other interviewees, giving me permission to use his interview in the documentary worldwide. At no time did I tell him that the film would not air in the United States.

Mr. Wells was always friendly and open with me. At no point in the four years since our interview has he ever raised any issues about its content. In fact, in a July 2008 story in The New York Times, Mr. Wells corroborated the account of events that he gave in my film.

I am astonished that he has now changed his story. It is a sad day for documentary filmmakers when something like this happens. — Zenovich comments courtesy of Hollywood Elsewhere

So, should this week’s developments be a cautionary tale for doc filmmakers on how they should approach their subjects or is this just the risk one takes when covering a subject that is decades old with few key figures still living to corroborate stories?