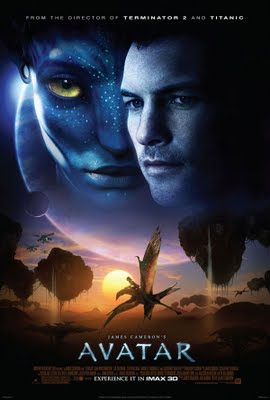 With the rush to be first with entertainment news and critical opinion, publications everywhere are figuring out ways to flaunt the review embargoes that studios are just as quickly rushing to put in place. One particularly bold strategy is that of The Guardian’s Mark Brown, who writes about Avatar pre-embargo deadline with a post-modern, or perhaps just legalistic, twist:

The Guardian can reveal that the last two are untrue. The film does not make you feel sick and it is not a disaster. All journalists watching the movie in Fox’s Soho headquarters had to sign a form agreeing not to publish a review or even express a professional opinion online or in print before Monday.

So by saying Avatar was really much, much better than expected, that it looked amazing and that the story was gripping – if cheesy in many places – the Guardian is in technical breach of the agreement. It is not a breach, however, to report that other journalists leaving the screening were also positive: the terrible film that some had been anticipating had not materialised. It was good.

I’m here in Dubai at the Dubai International Film Festival and have heard second-hand anecdotal reports from London on Avatar, which plays here next week that are also very positive.