15 Steps To Take After You Finish Your Script 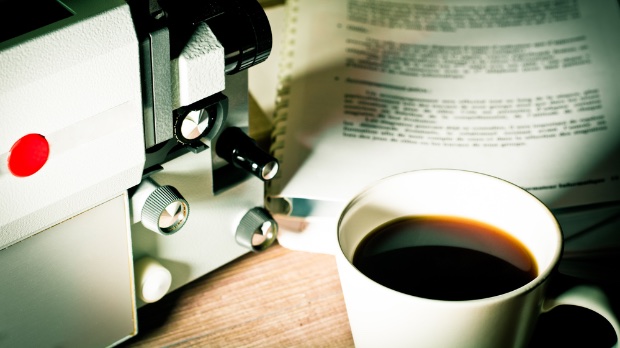 A Filmmaker reader recently emailed me with a simple question. After going to film school, making some shorts and working conspicuously within his means, he’s now written a script purely from the imagination — not censoring himself by thinking of things like money and production requirements. The resulting project, I take it, is too big for his usual DIY methods. He asked, “What do I do now?”

A tough question, not knowing the filmmaker very well and not having read the script. There are easier-said-than-done answers: “Find a producer! Get an agent!” But just sending out a bunch of PDFs, sitting back and hoping someone else will make your movie (or tell you why they won’t) is only one approach. For those who want to be more proactive, here are 15 things that can be done starting now. (If you’re a GTD junkie, consider these all possible “next steps.”) Keep in mind that this list, which is by no means inclusive, was written with a first-time writer/director in mind, someone who may necessarily be working outside the system to get his or her film made.

1. Proofread your script. Do it yourself, and then have an eagle-eyed friend do it again. Seriously.

2. Get it out for feedback from people you trust. Be patient. It can take people a while to read things. Patiently follow up, and after they do read it, encourage them to give you honest advice. Ask them specific questions about what works for them and what doesn’t. Consider putting together a reading and then soliciting feedback after — both in a Q&A session and through follow-up emails. (I actually hate going to readings, but admit that they can sometimes be helpful.) And, if you’re hoping for industry finance, get it covered. All studios and most production companies hire readers to do coverage — a synopsis, comments, and grid rankings of its various elements (concept, characters, etc.). You can hire these people too. Just ask a contact at a company who their best reader is and if that person would be willing to take on a freelance assignment. And then pay that person to do private coverage for you. For a relatively small amount of money you’ll learn how a more marketplace-attuned person will view their script without risking a pass from a company you may be interested in.

3. Rewrite the script based on the feedback you receive. For your readers, did the story work? Did the characters track emotionally as they progressed through the script? Was the dialogue fresh? Were there formatting or exposition issues that threw people out of the story? Did you write characters actors will want to play? I can’t tell you how many scripts I read that are really just first drafts. It’s clear their writers haven’t drilled down, identified their scripts’ weaknesses, and worked to fix them. Recognize that writing is a skill, and rewriting is a related but separate one. You need to do both.

4. Be social. Friends + family + Kickstarter + grants is the model for many low-budget films today. And in order for your crowdfunding to be effective, you’ll need a social footprint. Whether it’s a Facebook page, a standalone website, a Tumblr account or a Twitter account — or all four — it will help to have a base of followers to seed your news and funding requests to. Start with at least one of the above now and begin refining your “social voice” and attracting followers.

5. Hire the right person to schedule and budget the script. Take particular note of the third and fourth words of the preceding sentence. Whatever you imagine the budget to be, hire a line producer or UPM familiar with that budget range and, if it’s a seven or eight-figure budget, one that’s acceptable to the completion bond company you’ll ultimately need. If you don’t know how to identify this person, ask a producer you do know or even a bond company for a recommendation. If you think your film will be made on a micro budget, hire someone who has actually made a film for that budget. And if you do the latter, don’t just say thanks once you get the budget back. Sit down with that person and find out what you need to do and what connections you’ll have to make to reel in the people and gear budgeted for at below-market rates.

6. If you don’t know someone who can budget it or can’t afford to hire someone, learn to budget it yourself. Two books I can recommend are Film and Video Budgets and Maureen Ryan’s Producer to Producer (not strictly a budgeting book, but with budgets and much useful information).

7. Rewrite the script based on the budget and schedule you receive. Is there a 1/8″ page scene that drives the budget up significantly —— and that you don’t really need? Are the project’s budgetary needs, the marketplace, and the final budget number in alignment? If you’re directing this script, is it appropriately scaled for what you’ll be able to command as attached talent?

8. Make a cast list and/or try to attach a casting director. You may need to raise funds — or commit some of your own — to pay a casting director a retainer or consultancy fee. If you can’t afford that, look for a casting associate or assistant at one of the established casting agencies and see if you can entice them to take on your project — with, you hope, the mentorship of their bosses. If your script is really good, you might be able to get the latter for little or even no money,

9. If you are going the new or non-actor route, find those people. Start doing open calls, work with local casting directors on street casting, and embed yourself in the communities where you’ll find these people.

10. Get it to producers. Or produce it yourself, or maybe find someone young and hungry who wants to be a producer and get to work developing him/her. If you look at the early careers of virtually every successful independent producer you’ll note the beginning project on which some director took a chance on them. For little or no pay, the director got a dedicated person not juggling ten thousand other projects — someone excited to be making a movie. Don’t just to look to the established people; find the up-and-comers. (Alternately, look to established producers who, if they can’t commit fully, can executive produce with someone they approve working as the formal producer.)

11. Start looking for money on your own — don’t wait for someone to do it for you. Finding money is a job like any other. Yes, it can be tough without the social connections. But the only way to start is by building an investment package and then pounding the pavement, asking everyone you know if they or someone they know might be interested in investing in a film. Look for people who might want to support you or who are inspired by the subject of your movie. And when people say no, as many will do, don’t end the conversation without getting from them a lead on someone else to approach. If you think you’ll do a Kickstarter or Indiegogo campaign, decide when to launch. Should you do it now, so you’ll have some money raised to cover development or perhaps even entice a producer? Or later, when you’ll need it in post. If you want to do it early, start putting that crowdfunding campaign together. (Check out this essential post by Zak Forsman on how he made his campaign a success.)

12. Make what’s known as a “mood reel.” I used to dismiss these, but they are increasingly in vogue these days. They can be called other things — “visual look books,” for example — and are short reels of scenes from other films (or perhaps your own test footage) edited to suggest the tone of your movie. In Britain, the funding agencies are beginning to fund these as part of development grants. For an example, check out the one on Ryan Koo’s Kickstarter page.

13. Assemble collaborators. You can’t make a film on your own. Can you get a great d.p. attached, or a fantastic editor? You may not have a name, but you might be able to get to someone who does, and their presence will both add value to your project as well as provide you with the talent you need by your side.

14. Submit it to a development lab, professional support program or a contest. The Sundance Labs, the IFP Emerging Narrative Program, the Film Independent Labs, Tribeca’s All Access Program — there are filmmaker support mechanisms out there that can help you refine your vision, connect with the industry, or both. As an example of how this process can lead to a film being financed, read this old article of mine, “Everyone She Knew,” about how Miranda July endured multiple rejections from the Sundance Labs before finally getting in and then moving her debut feature into production. (Sometimes this process leads to you not directing your film, but that can be okay. Here’s Marc Maurino on his journey after attending IFP Emerging Narrative.) Or, submit your script to a contest, like the Nicholl Fellowships. I produced a film once that received its funding after the director submitted it to a screenwriting contest and one of the judges took a liking to it and climbed on board as producer and financier.

15. If you’re not getting traction on any of the above, ask yourself why. What’s not working? Why aren’t people falling in love with it? And then, put the script down for a month. When those 30 days are over, reread it, think about how to make it better, and get to work.

If any of the above is helpful and you’d like to read more responses to reader questions on the blog, send your own questions about filmmaking to scott@filmmakermagazine.com. If I can’t give you an answer, I’ll get it to someone who can and post the response here.