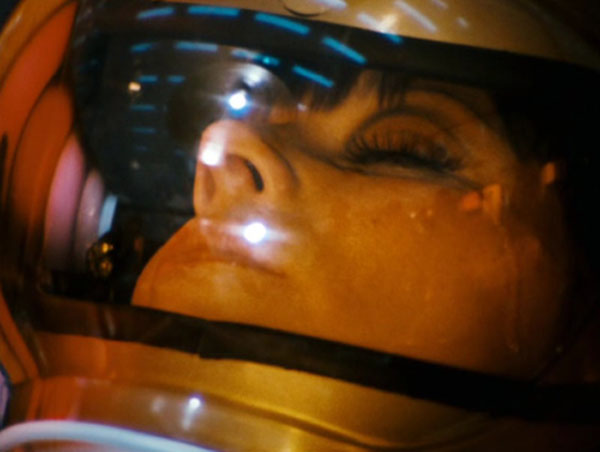 During the writing of this article, Ray Bradbury, one of the great founding fathers of sci-fi dystopia, passed away. With his seminal book, Fahrenheit 451 (1953), Bradbury gained recognition as an important figure not only in the science fiction community but the literary world in general. Recently, The New Yorker published a touching essay by the author in which he shared the origin of his love for science fiction. It is a beautiful ode to childhood and the discovery of one’s true passion. The essay will prove to future generations that, even in his last days, Bradbury’s ability to move and inspire never diminished.

Sci-fi dystopia has found great prominence in its movement from literature to film. Authors like George Orwell, Ray Bradbury and most frequently, Philip K. Dick have had their novels and short stories adapted to film, albeit not always successfully. With cinematic works like Metropolis, Akira, THX 1138, World on a Wire, V for Vendetta, Logan’s Run and Battle Royale, the genre has captivated cinema audiences around the world – its unwavering popularity evidenced in the success of The Hunger Games and the feverish hype surrounding this week’s Prometheus. Sci-fi dystopia presents a nightmare vision of the future which depicts humanity’s struggle against societal and technological change. Furthermore, the genre’s cultural impact has derived from its tendency to draw parallels with social issues, both past and present.

Toward the climax of Fritz Lang’s Metropolis (1927), the villain Robot Maria exclaims, “Let’s all watch as the world goes to the devil!” This essentially sums up the idea behind a dystopian society, which as opposed to a “utopia” is not an ideal setting but rather an oppressive one. Typically, a dystopian society as depicted in film resembles a police state in which its citizens live under an authoritarian ruling class either in the form of a corrupt government or major corporation. Whether it’s the political party Norsefire in James McTeigue’s V for Vendetta (2005) or Weyland Industries in Ridley Scott’s Alien (1979), these entities have been brought to power in response to an initial crisis (e.g. nuclear war, disease, natural disasters, etc.) They promise society an ideal existence filled with peace and prosperity but instead provide a cruel way of life. In Kinji Fukasaku’s Battle Royale (2001), the Japanese economy is in steady decline while unemployment rates and youth violence are at an all time high. To deal with the latter situation, the government establishes the Battle Royale Act which entails that a class of high school students be chosen at random, placed on a remote island and given three days to kill each other until one survivor remains. Fukasaku stated that his inspiration to make the film stemmed from his experiences in World War II during which he developed a hatred of authority. Coursing through the veins of every sci-fi dystopian vision is anti-authoritarianism. It’s the foundation of a film genre that has dedicated itself to exploring the potential consequences of power being placed in the wrong hands.

Among the enterprises most negatively affected in sci-fi dystopia is the physical act of love. In a dystopian society, sex comes with a heavy price. In Michael Anderson’s Logan’s Run (1976), Earth has been ravaged by apocalyptic events and the remaining members of civilization (who all happen to resemble the cast of Hair) inhabit a high-tech domed city and have loads of promiscuous sex. There’s one catch though – your life has a 30-year expiry date. Underneath its façade of an idyllic society, the world in Logan’s Run is a fascistic one in which its rulers resort to barbaric means to deal with the potential threat of over-population. In other sci-fi dystopian films, the issue is dealt with by replacing sexual intercourse with technological methods. In Woody Allen’s Sleeper (1973), people have become so frigid that the only way they can be sexually stimulated is by using a phone booth-esque machine called the “Orgasmatron,” which doesn’t even require the removal of clothing far less intercourse. More frequently, the ruling class has abolished sex as a means of controlling society. When pleasure and intimacy are taken out of the equation, work and devotion to the “greater good” is all that remains. In George Lucas’ THX 1138 (1971), sex is prohibited among a city of pill-popping worker bees. When THX 1138 (Robert Duvall) and his mate LUH 3417 (Maggie McOmie) decide to stick it to the man one sultry evening, they are promptly separated from each other and incarcerated. In V for Vendetta, sex is permitted, but not for homosexuals whose behavior is perceived by the government as a deviance, the penalty for which is death. Much like the attitude of many conservatives today, the ruling class in a dystopian society fails to recognize that decisions pertaining to one’s sexuality ought to be up to the individual and not the masses.

Perhaps nothing keeps a sci-fi dystopian writer awake at night more than the frightening possibilities of science and technology. From medicine to weaponry, advances in these industries pose enormous potential threats to humanity. They can desensitize, dehumanize and ultimately wipe out all living things. In Katsuhiro Otomo’s Akira (1988), Tokyo is demolished by a genetically engineered weapon of mass destruction in the form of a little boy named Akira. 31 years later, Tetsuo (Nozomu Saki), a member of a biker gang acquires the same power and threatens to once again bring destruction to the eastern capital. Akira is an epic tale of innocence lost in the face of rapid scientific change. It also addresses a common concern in sci-fi dystopian films – what if our greatest creations turned against us? Frequently, the focus of that fear is artificial intelligence. In Paul Verhoeven’s Robocop (1987), a malevolent corporation called OCP decides to respond to the crime epidemic in Detroit by building a robot using the remains of a murdered police officer. Part man-part machine, Robocop (Peter Weller) is the ultimate law enforcer. However, he is unable to arrest or harm a senior employee of OCP due to a hidden directive programmed in his brain. Society is so eager to make men out of machines and vice versa, yet they are so terrified of not being able to control them. After all, for the “system” to work, the masses must be unwilling to question their reality. Rainer Werner Fassbender’s sci-fi oddity World on a Wire (1973) focuses on Fred Stiller (Klaus Lowitsch), a cybernetics engineer who is overseeing the creation of a virtual world only to discover that his reality is no less artificial. With World on a Wire, the prolific director’s only sci-fi film, Fassbender explores the dangers of technology in its ability to construct rather than expand consciousness. Today, virtual worlds such as Second Life have increased our ability to connect with one another. On the flip side, the extensive use of them has also proven to alienate us, both from each other and ourselves. As evidenced by the pentagram located on the mad scientist’s front door in Metropolis, science and technology are viewed in sci-fi dystopian cinema as being similar practices to witchcraft. They are sources of great power that in corrupt hands have catastrophic effects on humanity.

In predicting the future of sci-fi dystopian cinema, we need only put our ears to the ground and consider our own fate. What if the economy never recovered? What if the U.S. government collapsed and was replaced by a major corporation such as Apple, thus making the 1984-inspired Ridley Scott commercial (see below) totally misleading? Whatever our future holds, civilization will always have a choice. As Kyoko muses in Akira, “We know the future doesn’t necessarily proceed on a single course. There ought to be a future we can choose. It’s up to us to find it.” As bleak as sci-fi dystopian cinema gets, there is occasionally a glimmer of hope. In films such as THX 1138 and V for Vendetta, the filmmakers show us the light at the end of the tunnel. While the sins of the past can never be undone, change for the better always lies somewhere in the great beyond.