Miranda July and Ira Glass Tell the Future of Storytelling

by Scott Macaulay
in Filmmaking, Transmedia
on Jul 16, 2012 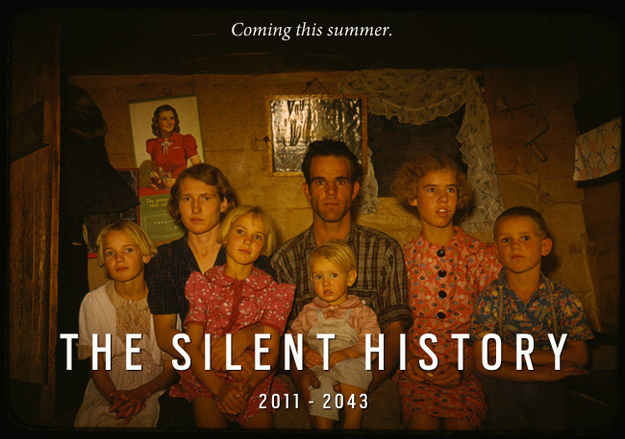 The Silent History is a fascinating new publishing project that merges app distribution with geolocational storytelling. Launched by former McSweeney’s publisher Eli Horowitz and colleagues, the project will launch next month, downloading stories to readers’ iOS devices and then coaxing them out into the streets of nearly 400 cities for more. Here is the trailer featuring the voices of Miranda July and Ira Glass.

Horowitz is interviewed by Reyhan Harmanci at Buzzfeed, and he speaks of the project’s inspirations:

“I got to thinking about new storytelling experiences — what can these things do, what can these things lead to,” he said. “The other thing was seeing that the rise of the e-books was being dominated by the platforms — the storefronts, and the programmers, and the distributors — which reduced it to an economic model rather than having the actual writers and creators at the lead.”
So around three years ago, Horowitz began ruminating on what kind of form would work best for a new fiction experience. Thanks to information gleaned from others’ experiences with smart phones (“I watch TV and I have friends, OK?”), he knew there were a few core functions he wanted to exploit — namely, the ability to read in downloadable installments (“they get easy updates”) and to use specific places to trigger content (“you carry them around.”)

Inspirations included The Wire (for its seasonal narrative arcs), futuristic movies like District 9 and walking tours. The “Field Report” offerings, which will be written by Horowitz’s crew and by readers themselves (whose submissions will be edited by Horowitz), aren’t as crucial to the story as the “Testimonials” but will hopefully open up the reading experience to be more immersive. People already do this for fictional worlds, like the Sex and the City bus tour,” Horowitz said, “I wanted to create all of these things more intentionally.”

For more, including a discussion of the development of the app itself, visit Buzzfeed. And to add your name to the mailing list of The Silent History, visit their site.