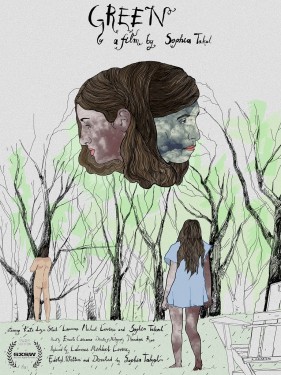 On of our favorite independent films of 2011, Sophia Takal’s debut feature, Green, has been acquired for distribution by Factory 25. Factory 25 will debut the film theatrically next month, with runs planned at reRun Theater in Brooklyn, Chicago’s Facets and other venues, will release the film digitally and on VOD platforms in November and will issue a DVD next Spring.

Writer/director/actor Takal was selected as one of Filmmaker‘s 25 New Faces of 2011, and Green scored a Filmmaker-sponsored “Best Film Not Playing at a Theater Near You” Gotham nomination. Here’s the lede of my “25 New Face” profile of Takal:

In addition to the Gotham nod, Green was the recipient of SXSW’s Chicken and Egg Award, and it won a Special Jury Prize at IFF Boston. For more on Takal, read Brandon Harris’s interview here, and look for more Filmmaker coverage of the film leading up to its release.