Alex Buono, the cinematographer for the Saturday Night Live film unit, recently spoke at an event in Boston. (See: Alex Buono: Shooting for Saturday Night Live.) In addition to discussing his work on Saturday Night Live, he also talked about gear, technology, and his philosophy of shooting. Part of the reason Alex gave the presentation was to demonstrate and talk about the Canon C300, but he was careful to stress, as Roger Deakins said, “Cinematography is more than a camera,” or as Alex put it: “Filmmaking is not a science project.” Here are some of the topics he touched on:

On DSLRs and shallow depth-of-field
While lauding their low-light capabilities, and their small size, Alex said DSLRs are “very discreet, kind of invisible. I can wander around in public and pretend like I’m a still photographer if people start to notice me.” Alex said that he’s not an enthusiast of shooting with razor-thin depth-of-focus for it’s own sake. “Unfortunately, one of the hall marks of the DSLR look is that half the footage is out of focus. Or that you’ve got shots where people step into focus and then they step out of focus.”

When shooting with cameras with this incredible sensitivity, he argues that you should use the high ISO to shoot with a smaller aperture. “Give yourself a chance to keep the shot in focus. I shoot at a 4 or 5.6 with a full frame camera just so I can get a normal looking depth of field.”

The Film Look
There’s currently a debate raging about film speeds, and whether higher frame rates for projection (like 48) are needed or desired. Alex believes that 24 frames per second contributes to the film “look,” precisely because it is “less information” than 30 or 48 fps. Acknowledging that this was totally subjective, Alex said, “I think that slight distance from realism is what helps us to suspend our disbelief and buy into a story, and as soon as you get into faster frames rates you’re increasing the realism.”

Timelapse
Describing the projects he’s done with timelapse as being “very simple,” Alex showed two variations on using timelapse for good effect. The first was a very abstract nighttime shot taken riding in a cab through New York City late at night. Shooting one frame per second, handheld, in the back of the cab, the resulting sequence has lots of wavy light streaks and a lot of dynamic energy. “I can’t tell you how many times I’ve been asked by cinematographers, ‘You know that cab shot, how did you do that? What kind of rig is that?’ and I wish I could make it sound more complicated but I literally was just driving home to my hotel that night and I thought, ‘Maybe this will be interesting.’ ” 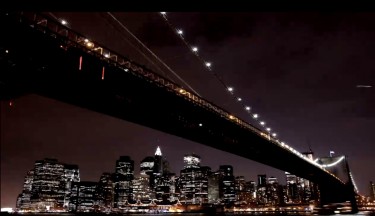 The second timelapse was taken under the Brooklyn Bridge, looking up at the bridge with the city skyline behind it. This is a shot that would have been impossible even with the C300 because, Alex says, “there’s no light down there.” Shooting one frame every 10 seconds, he was able to get a very low-light shot, and subtly punch up all the detail in the bridge.

On Cine lenses
Alex thinks the Canon’s L series still lenses are beautiful; they are super sharp and they handle flare really well. But for manual focus, the short travel of the barrel is very limiting, and makes it almost impossible to manually focus to the same distance consistently. This results in the “sort of the bad habit that has evolved [where you] do these series of micro-racks. You’re constantly snapping in and out of focus hoping that nobody notices because you’re just racking a tiny bit. As a DP that just drives me nuts. …That’s why I prefer to use Cine lenses — that’s the only reason why. I don’t think the glass looks better than the L series, it just makes it easier to focus.”

Saving money with less lights
With the high sensitivity of these cameras, it’s now assumed you’re going to save money on lighting. Alex said that he first noticed this when working with the 7D while shooting a night exterior; they needed a lot less light. “I find, especially for a commercial look, I still want a big soft source, but my big soft source is now more often a Kinoflo flavor, rather than in the giant tungsten flavor it used to be.” He added, “Obviously. if you’re dealing with daylight, you still have to balance your shots.”

However, he warns that it’s not all good news, as the high sensitivity can result in seeing more spill from other lights. “You’re going to be seeing street light spilling onto your set in a way you wouldn’t have noticed if you shot it at a 400 ISO.” He went on to add that you could easily be increasing your costs for gripping. “Now I have to black out every street light because it’s bleeding all over my set. I’m adding less light, but maybe more flags.” 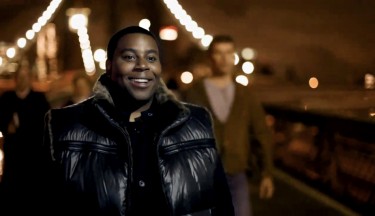 What about shooting in 4K?
Asked about shooting in 4K, Alex first acknowledged that shooting in 4K would be great because it would “future-proof” your material; so given the choice, why not shoot in 4K? But then he ruminated on whether that’s even necessary: “When I look back, I think that for me, I’m not that concerned about future-proofing what I did. I guess I sort of feel like that’s what I did and that’s where we were in life when I did it.”

He also wondered how long it would be until people actually have 4K televisions, and will be receiving a 4K image, pointing out that he’s shooting at 1080 right now, and they are only broadcasting at 720p. “Given all the different factors that you can have in a camera, I would take more dynamic range, more color depth, more low light sensitivity, before I would take more resolution, Because I think for most things, 2K resolution is totally fine.”

On shooting with digital cameras
Alex offered the following advice about shooting with any digital camera, whether the Alex, the C300 or a DSLR: “You still have to be really careful when you’re in a high contrast situation. You can’t shoot it like you could a film camera, which has got that beautiful analog roll off. I’m still watching my waveform monitor very, very closely. I’m watching my meters, and I’m adding a lot of fill if I have to[…] and I under expose to keep detail.”