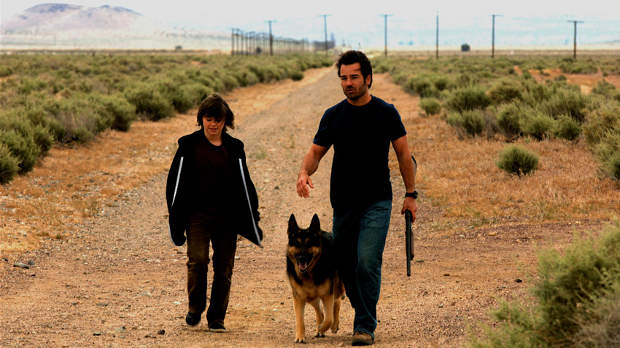 by Niki Cruz
in Directors, Filmmaking, Interviews
on Oct 9, 2012

Martin Papazian has been a working actor for nearly two decades, supporting a list of heavyweights in projects like Jarhead and 24. For Papazian, learning on the sidelines from his colleagues and directors became an essential task, and ultimately has prepared him for his most pivotal role yet — a filmmaker. Working at break-neck speed for a total of 19 shooting days, Papazian made his feature debut as a writer/director with Least Among Saints. The film, in which he is also the lead actor, begins with a soldier returning from war and a boy who’s had to grow up in a domestic nightmare, taking care of his drug-addled mother. The two seemingly have nothing in common on the outside, but as the story unfolds and the lives of these two individuals are painted parallel to each other, the heart of the film is revealed. The war vet, who’s striving to reconnect to the basic principles of his own humanity, finds momentary grace and empathy in a universal connection with the young boy, who’s desperately looking for an ally.

Watching Least Among Saints, it’s hard to believe that this is Papazian’s first feature as writer/director. Papazian and his camera closely follow the performers when it counts, while at the same time he knows when to pull back and let instincts unfold for spontaneity in his frame. He serves justice to every character, as sympathetic as they are flawed, that steps into his vision.

Filmmaker sat down with Papazian to discuss his humble beginnings, inspirations, and finding authenticity in his work.

Filmmaker: What inspired you to make this film?

Papazian: I was really affected by friends and people I was meeting that were coming back from the wars in Iraq and Afghanistan. That’s our generation’s war, and it was such a complex and conflicting thing. It was so emotional after 9/11. I was really moved by it as an artist. I needed to express something about this because of what was going on. I started to write about the marines that I met, and then I melded this experience I had with a kid when I was young that lived next door to my buddy. Between those two characters I created this narrative, about these two lost souls that come together and find healing and redemption together.

As an actor and a director, it’s so exciting to get involved in heightened situations. The more heightened, and the more dramatic, for me it turns me on. That’s when as an artist you get to play. That’s when you’re really painting those broad strokes with those bright colors. For me it’s exhausting and it’s tiring but in a good way. You’re getting to express yourself in such a big and bold way, so it’s satisfying. I like the idea of controlled chaos in the sense of the theater; you can rehearse the scene to the point where you can create that madness. A lot of it you have to leave up to the moment. You have to be available in the moment because that’s where a lot of exciting things can happen. 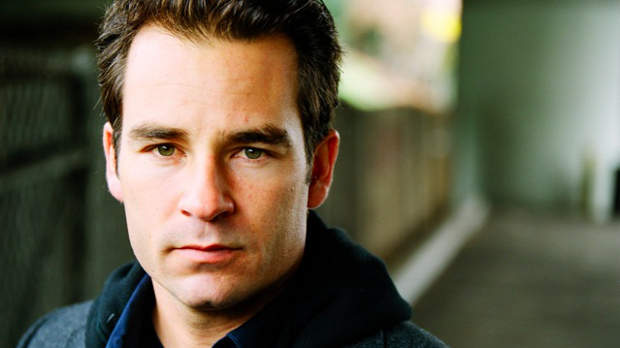 Filmmaker: You’ve written these characters with obviously rich backgrounds. Did you write Anthony with the intent that you would play him? Did that affect the process of the script from outline to the screen?

Papazian: I didn’t and it did change the process. When I wrote it I was simply writing, and I had a mentor who was encouraging me with the narrative and was really pushing me to develop it. Once it was finished and I started the production, I went into rehearsals with the acting coach, and one of the first things he was talking to me about is that I had to rediscover the journey, and I couldn’t know anything about the character. It was a great experience in the rehearsal to let go of being a writer and being a director. I had to constantly not know what Anthony’s next move was. I come from the theater so that’s how I treated the process.

It’s so important for something to feel really real. In this film you’re learning about these people that will never make the headlines. They’re simple people in America and we really wanted to shine a light on these two characters. The reason why we didn’t get really well known actors, even though we do have amazing actors, we wanted people to get lost in them.

Filmmaker: Rarely do you ever see the core relationship of a film exist between a boy and a man. The age difference is so vast, but that relationship really works because they seem to be on the same playing field emotionally. They’re both scared of being fallible and vulnerable. Where did the idea to showcase this dynamic come from?

Papazian: As I was researching children that suffer trauma, I was meeting a lot of social workers specifically for the character of Jolene (Laura San Giacomo). I was finding more and more that these children also suffered from PTSD and it made me realize that trauma is universal. I really started to see that the two characters were really on parallel journeys. As a writer I was really interested in the father/son dynamic. Even the soldiers that I was meeting wanted the ability to be soldiers and perform their duties in war, but then also to have capabilities of being so gentle, humane, and compassionate and I thought it was a magnificent dichotomy in a person, and I wanted to explore that.

As for Tristan Lake Leabu who plays the boy, Wade, I liken him to River Phoenix with his ability to tap into raw emotions like that. He’s a real artist; he’s a real actor. He was so dedicated, and devoted, and prepared like crazy, and that was a big deal because before we met him that was a crucial part of the production. We had to find a 10-year-old kid that could carry the movie. He was the first kid that our casting directors brought to us and we were sold in the room. He’s a soldier. He’s so hungry to work, and it was such a pleasure to work with him. Everyone else had to keep up with him.

Filmmaker: Being in Jarhead as an actor, as a new director, did you pull from inspiration from other directors you admire or have worked with? Was it a challenge for you to act and direct?

Papazian: I’m a huge fan of Mexican directors, especially Alejandro González Iñárritu, especially with his films Biutiful and 21 grams. Of course Sam Mendes with Jarhead, was a great experience to have as an actor. Having that sense of freedom where the director really allows you to explore, but you still feel like he’s there watching you and supporting you. He directs very subtly, at least he did with me, so I tried to take that back to my actors as well. Certainly all the greats of our generation — Steven Soderbergh, Clint Eastwood with Gran Torino is something I studied as well. All the new filmmakers that are coming out too, like the Duplass brothers. I’m constantly watching what my contemporaries are doing as well.

Filmmaker: I wouldn’t categorize this as a war film but it does deal thematically with the after effects of war. Did you as a director feel a certain kind of responsibility to show an authentic war vet experience?

Papazian: Absolutely, and that’s such a great thing that you said, because it’s not a war story, it’s a love story. When you think of movies like Kramer Vs Kramer, A Perfect World, and Sling Blade, that’s the genre of my movie. In terms of the flashbacks we took time to figure out what to show and how to show it. I’m very proud of the work that we did because through my research I found out there are certain images that stay with these men and women that go through combat, and go through trauma. Through that research I let that inform the flashbacks and the way we cut it. It was very important that it felt authentic. A buddy I grew up with is an army ranger and fought four tours and he was a central part in developing the script with me. He rehearsed with me as far as building and taking down weapons. Whether the character of Anthony was a soldier or a butcher, the work needed to be done as an actor.

We had to have some passion from the lead characters, and the character is an anti-hero and those are my favorite characters. We had to create a character through his actions that we were going to fall in love with and want to see him take this journey with this kid. Also in terms of the writing, especially in the third act, it was really important to push emotional boundaries with this journey because it was the core. In the end we wanted to make sure we were delivering the primary message, which was hope and redemption.